Veracruz, Mexico—Several months ago, a friend and I left Mexico City on our bikes and went south to explore the country. We traveled to Coatepec, a small town south of Xalapa, capital of Veracruz. Coatepec flourished in the early 20th Century due to its production of coffee, sugarcane and honey. However, due to changes in the 1970s world capitalist sphere, Coatepec abandoned its agricultural origins and developed as a tourist economy, which impoverished its farmers and therefore its people. 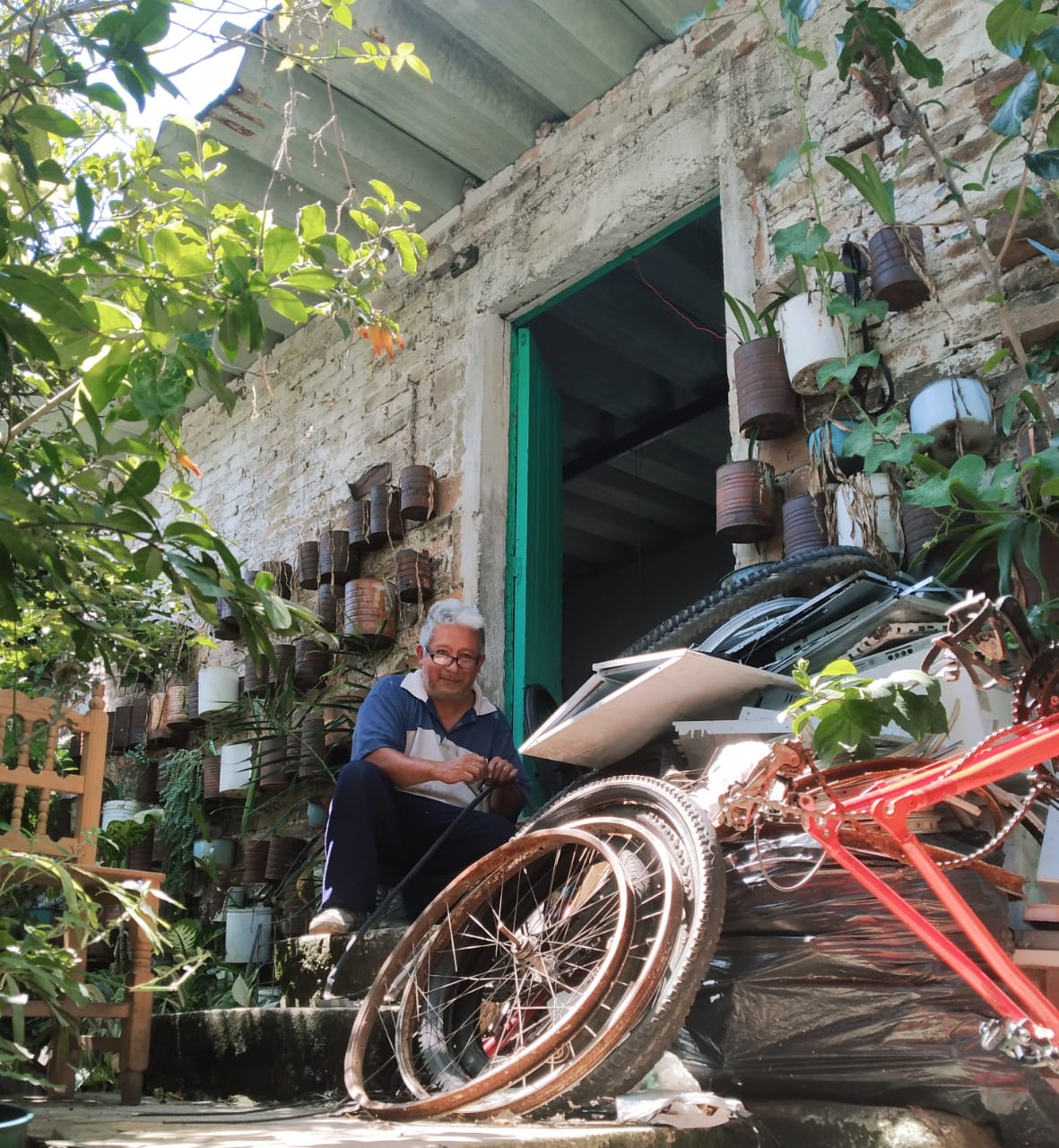 Don Pepe at his bike shop. Photo: Ángeles for N&L.

Then we rode to Xico, which has suffered almost the same fate. Crossing the San Marcos bridge, we realized our tires were flat, and we began looking for a mechanic. Local women led us to Don Pepe, a guy in his sixties who has a workshop. He gladly agreed to help us and he began sharing all sorts of tales and advice.

He told us about the local organization of birdwatchers, to which his father used to belong, who aim to protect endangered species from illegal hunters. “One or another afternoon I still see black or red toucans standing on that tree,” he said. Then Don Pepe shared his most wonderful treasure—the story of the people of San Marcos in defense of their water.

Joined by his older brother Luis, they told us how a landlord wanted to sell the access to a spring next to his property to a private company. The people immediately reacted because this would mean no more water for them, and they stopped the robbery before it took place. “If you go on this road, you’ll find the spring. It’s so clean and healthy that you’ll want to come back and drink it every day,” Don Pepe said.

We thought of all the banners that we have seen throughout the region about the defense of the forest, land and water. The central zone of Veracruz is graciously touched by Mother Nature. Coca-Cola, Bimbo, Nestlé and other companies have planted their tentacles here, trying to turn free natural richness into “natural resources” for narrow capitalist uses. They’d want to deepen this, but people are organizing everywhere to stop not just the destruction of nature, but the human species itself.

The story of San Marcos is just one within the mosaic of struggles—taking part not only in Veracruz, but in the whole country, continent and world! That is where people and life stand on one side and capitalism on the other. How do we turn these pieces of resistance into the colorful picture of a new, free, reconciliated world?