Richmond, Calif.—On March 11 a group of immigrant rights and prisoner rights activists held a demonstration outside West County Detention Facility, the largest immigrant detention facility in the San Francisco Bay Area. Signs included: “We are a nation of immigrants,” “Care, Not Cages,” “No Trump, No Pence, No Wall, No Fence,” “ICE: Ignorant, Cruel, Evil,” “Those who do not move do not notice their chains—Rosa Luxemburg.” 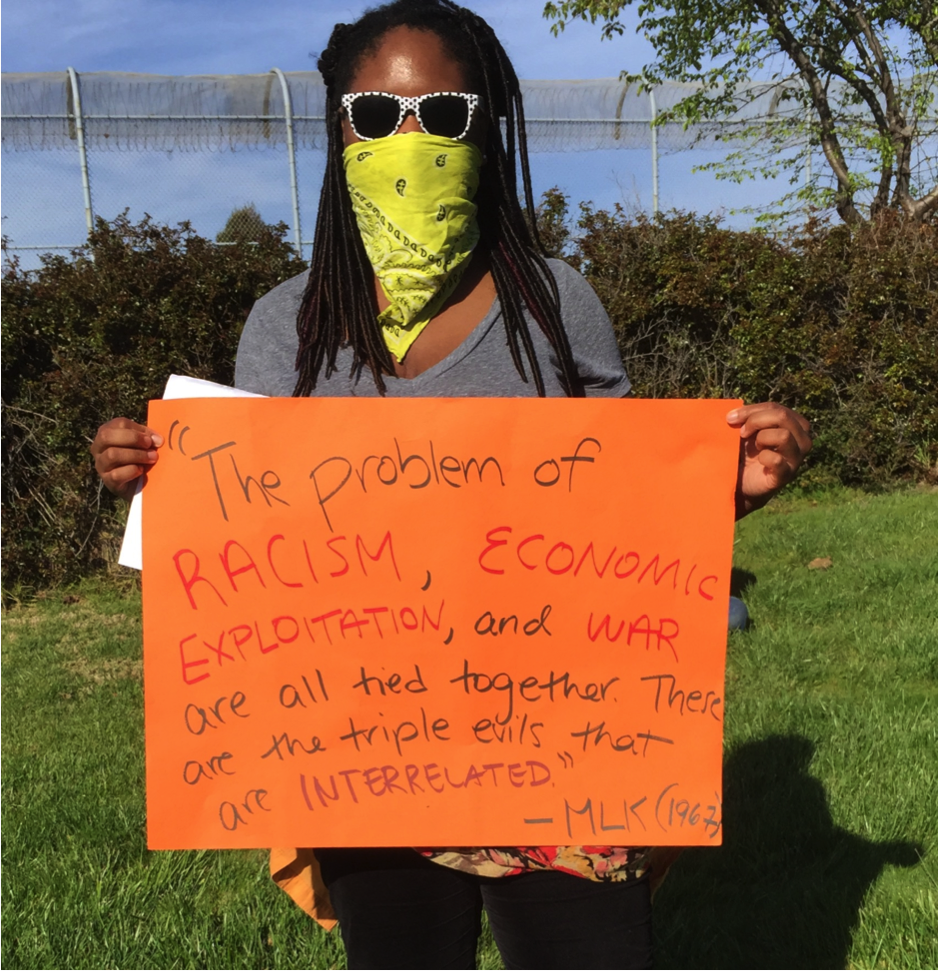 While this particular demonstration was small, it is crucial even in the “progressive” Bay Area. Trump is turning up the heat on anyone protecting immigrants. For example, he threatens to take money away from local governments that have sanctuary city policies that may prevent local police from cooperating with ICE.

Newly leaked plans from Homeland Security show they will break down the distinctions in the rules that recognize immigrants as civil detainees. Previously sheriffs had to provide translators for immigrants whose first language is not English and English-speaking advocates in disciplinary hearings, and to have a healthcare professional evaluate requests for medical care within 24 hours. The new rules will treat immigrants as criminals.

There is an abiding resistance to Trumpism here. While businesses in California want immigrants as farm or tech workers, many immigrants strongly support labor union struggles and a revolutionary opposition to capitalism’s inhumanity. On Feb. 16, the Day Without Immigrants, a surprising number of local businesses were forced to close. The fight for immigrants is a fight for our own future.