Transgender Day of Remembrance 2021 marked the deadliest year for the Transgender and gender nonconforming community. Internationally over 375 Transgender people, 47 in the U.S., were reported murdered. The overwhelming majority of them—as it has so often been—were women of color under 30 years old. 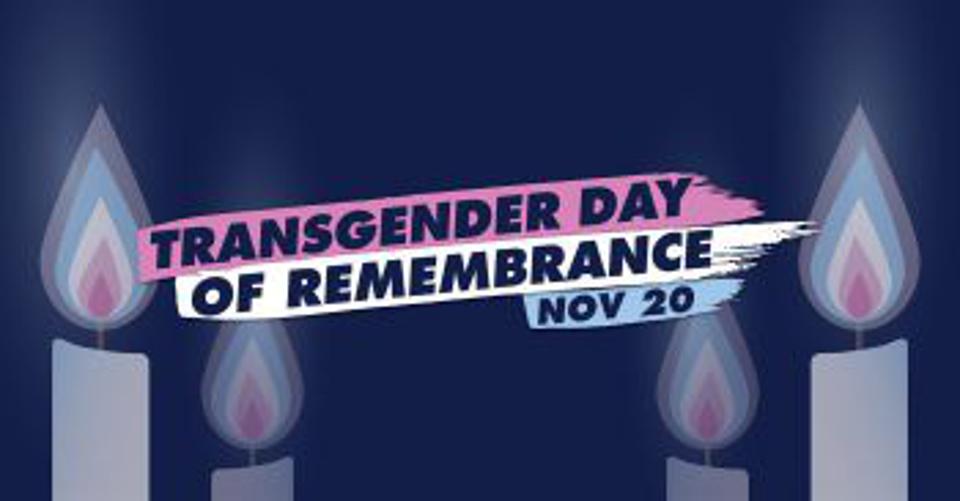 Transgender Day of Remembrance (TDOR) has been observed each Nov. 20 since 1998 when more than 200 people held a vigil in response to the murder of Transgender woman of color Rita Hester.  Each year since we remember the Transgender people who were murdered.

During Transgender Awareness Week, which precedes TDOR, and on TDOR, many observances took place, both in-person and online. From readings of lists of names of Trans people murdered to vigils, poetry readings, movie viewings and many other events, the murdered were remembered, and support continued to be given to the Trans and gender nonconforming community. Hopefully, awareness was also raised. The Transgender Law Center reminds us, too, that Trans people are neglected and abused by Immigration and Customs Enforcement.

It is encouraging that in the U.S., the Trans and gender nonconforming community have an ally in President Biden and his administration. But, in light of the unprecedented number of anti-Transgender bills that have been passed and those that are being considered, the Transphobic remarks by entertainer Dave Chappelle and the harassment, assault, and Transphobic laws faced by Trans people internationally, we who love the idea of liberty and justice for all will continue to work until Trans people attain full human rights and truly live in safety.

← Women Worldwide: November-December 2021
With the migrant caravan in Mexico →
This work is licensed under a Creative Commons Attribution-ShareAlike 4.0 International License