February 6, 2014
So overwhelming has been the past year's flow of revelations about the U.S. government's spying on virtually everyone that even President Obama's hand-picked review panel...
... Read more 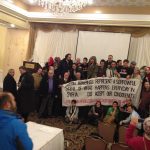 Syrian revolution ‘brought us together’

February 9, 2014
"If there was no revolution in Syria, I almost feel like there would be no reason for me to exist. You don't get tired of...
... Read more 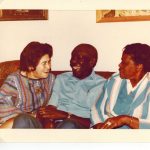 February 10, 2014
The impasse in the anti-capitalist movement after Occupy has led to theoretical stirrings over what to do organizationally, not just about the abolition of capitalism,...
... Read more

Prison privatization is a crime 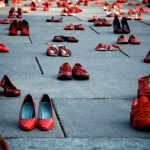 Woman as Reason: Language and death in Juárez

February 12, 2014
The way we construct experience with language has effects on its transmission and on the configuration of subjectivity, not only in aesthetics and ethics, but...
... Read more

February 14, 2014
Violence between Christian majority and Muslim minority communities has torn the social fabric of the Central African Republic, one of the world's poorest countries. Over...
... Read more

• Over 100,000 South Koreans, mainly workers, demonstrated in Seoul on Dec. 28. They expressed their anger over a number of issues at the government...
... Read more 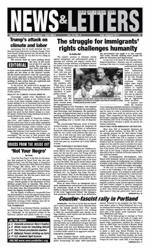 Three years ago, the Egyptian Revolution was fighting for its life in Tahrir Square. For 18 days and nights, the women and men of the...
... Read more