Donald Trump must be stopped—but with no illusion that Hillary Clinton or Bernie Sanders is an alternative to the total economic and ecological crises in which capitalism has embroiled humanity. That truth was illustrated in the June 23 British referendum on membership in the European Union.

The anti-EU campaign, run by wealthy Conservatives like Trump-clone Boris Johnson, the racist UK Independence Party, and the Nazi-terrorist-incubating Britain First, was indeed the British version of Trumpism. Trump hailed the vote as foreshadowing his own success in the November U.S. elections. 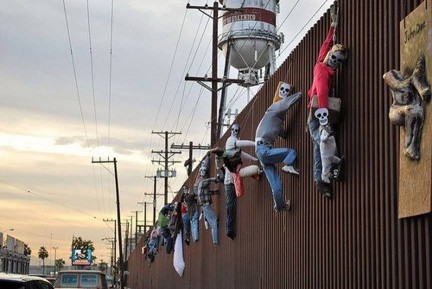 The specter of the falling apart of the EU, which was created in order to avoid more great wars in Europe, was raised. Europe’s Far Right was emboldened as never before, with the French National Front’s Marine Le Pen and the Netherlands’ Party for Freedom’s Geert Wilders proposing similar referendums in those countries.

What gave joy to Trump is the way a section of the working class was pulled into a campaign built on hatred of immigrants and minorities. He was unbothered that the violence he cultivated in his own campaign (“In the old days we took protestors out and beat them!”) was pushed even further on June 16 by the neo-Nazi murder of pro-immigrant Labour Party MP Jo Cox. Her killer, Tommy Mair, gave his name in court as “Death to traitors, freedom for Britain.” His hatred of “race traitors” stretched back to South African apartheid.

As described by Syria solidarity activist Sam Charles Hamad, “In the northeast of England, the politics of racist hysteria, hatred and fear have won in white working-class areas. This line that it’s a ‘protest against the establishment’ is pernicious. It’s the result of decades of racism being fostered among these communities. You have, simultaneously, the Tory government cutting public services, while the people are being told that immigrants are putting a strain on these services. It’s the cuts, not the immigrants. The English National Health Service has been weakened by Labour/Conservative stealth privatization, not by immigrants.”

Such neo-fascism is what capitalism turns to when experiencing a global collapse of its rate of accumulation—as Germany bowed to Hitler in the 1930s. A tiny minority of capitalists have for decades relied on coded racist rhetoric to divide the great majority and now would like to undo even the minimal post-2008 crash regulatory curbs on their speculative activity. They will line up behind Trump, to keep their lock on the political process.

In the U.S. election campaign, on the Democratic side, Bernie Sanders exposed Hillary Clinton for refusing to make public her speeches to Wall Street, which is hedging its bets between Clinton and Trump. Yet few can ignore the history that Clinton would make if elected the first woman president of the U.S. An avalanche of acidic misogyny is already in motion from both Trump and even some Sanders supporters. 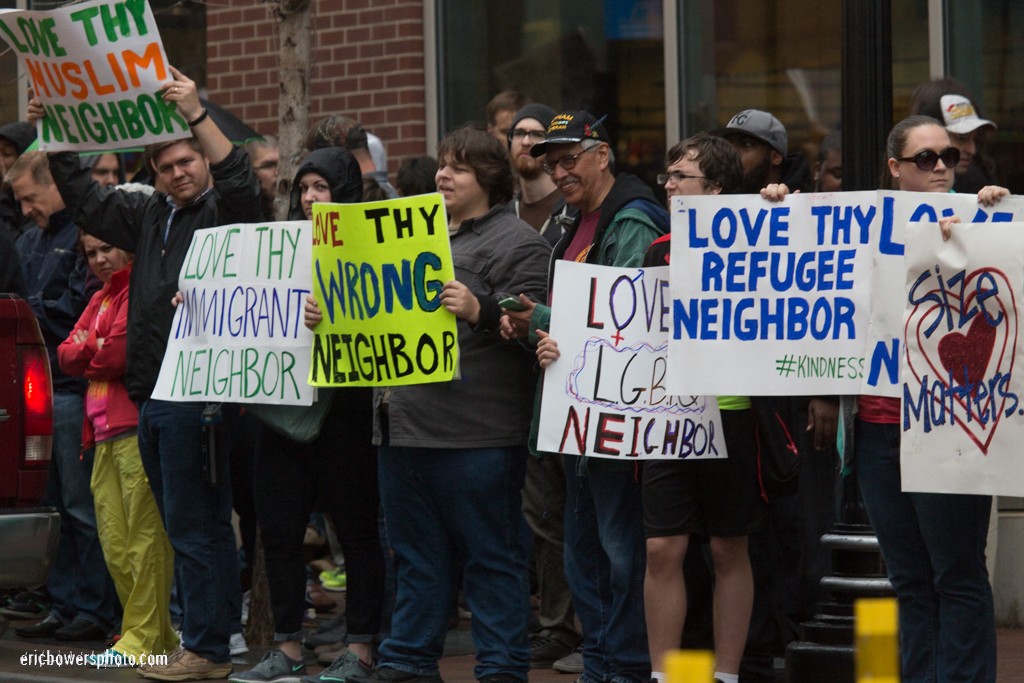 Protest of Donald Trump campaign for President outside a Trump campaign rally at the Midland Theatre in downtown Kansas City, Missouri on Saturday, March 12, 2016. Photo by Eric Bowers. http://blog.ericbowersphoto.com/2016/03/kansas-citys-protest-of-donald-trump-rally/

The Sanders call for a political revolution, as an avowed socialist, brought out hundreds of thousands, demanding free education, universal single-payer healthcare and a redistribution of wealth that has been concentrated in the top 1%.

At some points it looked like he might overtake Clinton, who began as the party favorite, but what put her over the top was millions of Black people’s votes as well as women concerned about reproductive justice.

Sanders required a wake-up call by Black Lives Matter activists who early in his campaign seized the microphone at his rallies to make their point. Black Lives Matter’s Darnell Moore criticized him in an open letter for having “foregrounded” income inequality at the cost of beginning from the “life experiences and work experiences of, let’s say, a Black woman or an undocumented individual.”

NOT A REPRESENTATIVE DEMOCRACY

Presidential candidates rarely, if ever, represent the “American people,” a phrase they love to kick around. Like the British Labour and Conservative Parties, they represent capital and the status quo. Even Barack Obama, who gave hope to Black America, acknowledged that what he became an expert at was “killing people.” It was under his reign that Black Lives Matter had to birth itself in response to unending executions by cops of Black men, women, and children.

What can make a difference is people’s own self-organization. If life is better for workers, it became so through strikes and factory takeovers; that women have the right to abortion, that there is awareness of rape culture and domestic violence is because women marched by the thousands and raised the issues. Black Lives Matter is how Black people in the U.S. have again shown themselves as vanguard at this turning point in history, and brought to the forefront what it means to be a human being in 2016.

Defeating a creature like Trump is only a part of humanity’s struggle to create a society where every individual can experience freedom.