Genocide once again is taking place before our eyes—this time against the Muslim minority Rohingya people of Burma (Myanmar). And once again the world response is indifference, hand-wringing or open complicity. 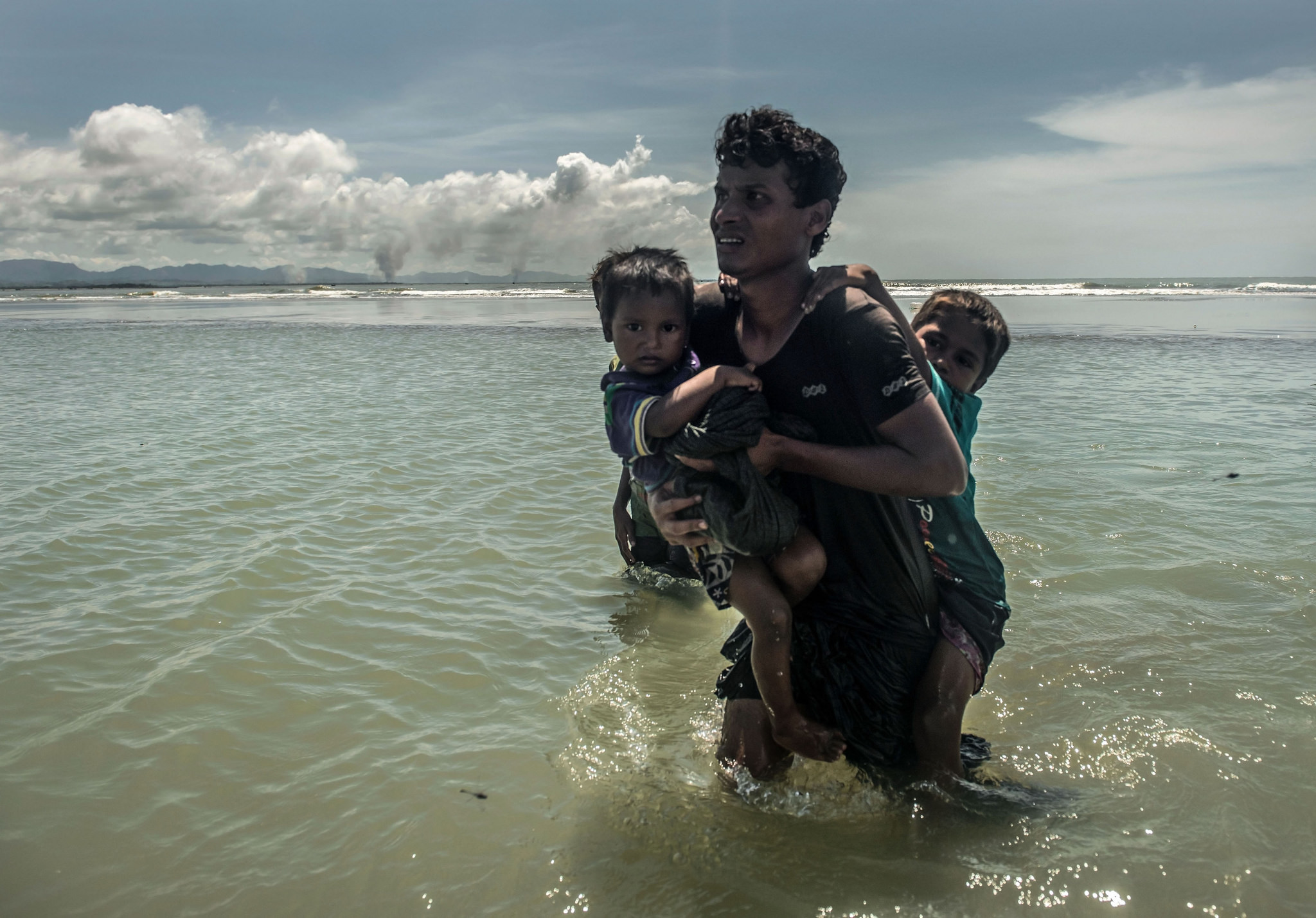 Inflammatory calls by Islamophobic Buddhist monks like Ashin Wirathu, who said he modeled himself on the English Defense League, to exterminate Muslims led to repeated mob attacks on Rohingya villages by their Buddhist neighbors over the last five years and have provided cover for the military campaign of murder, rape and pillage. The army drove over 300,000 Rohingya men, women and children from their villages, fleeing for their lives into neighboring Bangladesh, India and beyond.

Since Aug. 25, after Rohingya guerrilla fighters had been able to mount attacks on police stations, the military has retaliated without mercy. The 600,000 Rohingya who have fled for their lives since Aug. 25, added to those who had taken refuge earlier, approach a million Rohingya in Bangladesh, India and around the world. That leaves barely one-third of the original population of 1.5 million Rohingya in Burma.

Their demonization by Buddhist agitators as invasive foreigners has been used to justify the ongoing brutality, and is no more grounded in fact than any other “Kill ‘em all” calls around the world. Rohingya have been in Burma since the 12th Century and had a substantial community for nearly 300 years. Their numbers tripled in the 40 years leading up to World War I as Britain, colonial ruler of both India and Burma, recruited more field workers to expand plantation crops like rice.

The history of the Rohingya is so intertwined with Burma that their name derives from the kingdom of Arakan, or modern Rakhine state, stretching along the coast of the Bay of Bengal. Yet after independence, while the government, in 1977, officially recognized 135 different ethnicities within the country, it denied citizenship to Rohingya and dismissed them as Bengali, foreigners within their midst.

Rohingyas like most people in Burma had looked forward to better times when the National League for Democracy under Daw Aung San Suu Kyi swept the 2015 elections. She had been the most visible face of the mass democracy movement of 1988 that military rulers bloodily crushed. The two decades that San Suu Kyi spent under house arrest gave her moral standing to represent a beacon for human rights and democracy—and a Nobel Peace Prize.

In 2015 the military allowed San Suu Kyi to form a government, but without ceding power. Civilian control did not extend to the pivotal powers the military reserved for itself. San Suu Kyi has remained silent in the face of the military’s scorched earth campaign, even as reliable reports of atrocities got to the outside world, including the rape and murder of women and children used as a tool of genocide, despite barring reporters and UN inspectors from the region.

Some defended San Suu Kyi’s silence as a sign that the military was holding her hostage, but on Sept. 19 she removed all doubt by publicly denying the genocide that the world had seen. Her ultimate defense was that over half the Rohingya villages had not been burned down or pillaged.

CHINA MOVES AHEAD DESPITE GENOCIDE

By the same logic, there was no genocide against Tutsi in Rwanda in 1994, because half the Tutsi survived. Yet crowds of her supporters in Yangon demonstrated in support of government attacks on the Rohingya, and other crowds in Sittwe, the capital of Rakhine state, demanding that no “non-citizens” be allowed back into Burma.

China is Burma’s firmest backer as it builds a road into Rakhine state under its Belt and Road Initiative. Condemnation from the international community has been no obstacle. The UN condemned Burma’s atrocities as “ethnic cleansing,” which showed that the Serbian chauvinist euphemism for its genocide against Bosnian Muslims has infected today’s language.

To allow genocide to proceed anywhere is to open the door to genocide everywhere. Lack of solidarity with the Syrian Revolution, while state powers, Nazis and so-called Marxists lined up behind butcher Bashar al-Assad, has encouraged other butchers, none more than those threatening the existence of the Rohingya.