Everyone is now writing and talking about how it was the struggle over the right to abortion that stopped the “red wave” of Republican midterm election victories that was projected by the press and political pundits galore. But why? I don’t think it was alone the question of the right to abortion—which is, after all, a human right.

What also made women and so many others furious was the extreme cruelty and sickening glee with which Republicans imposed their draconian laws and bans. 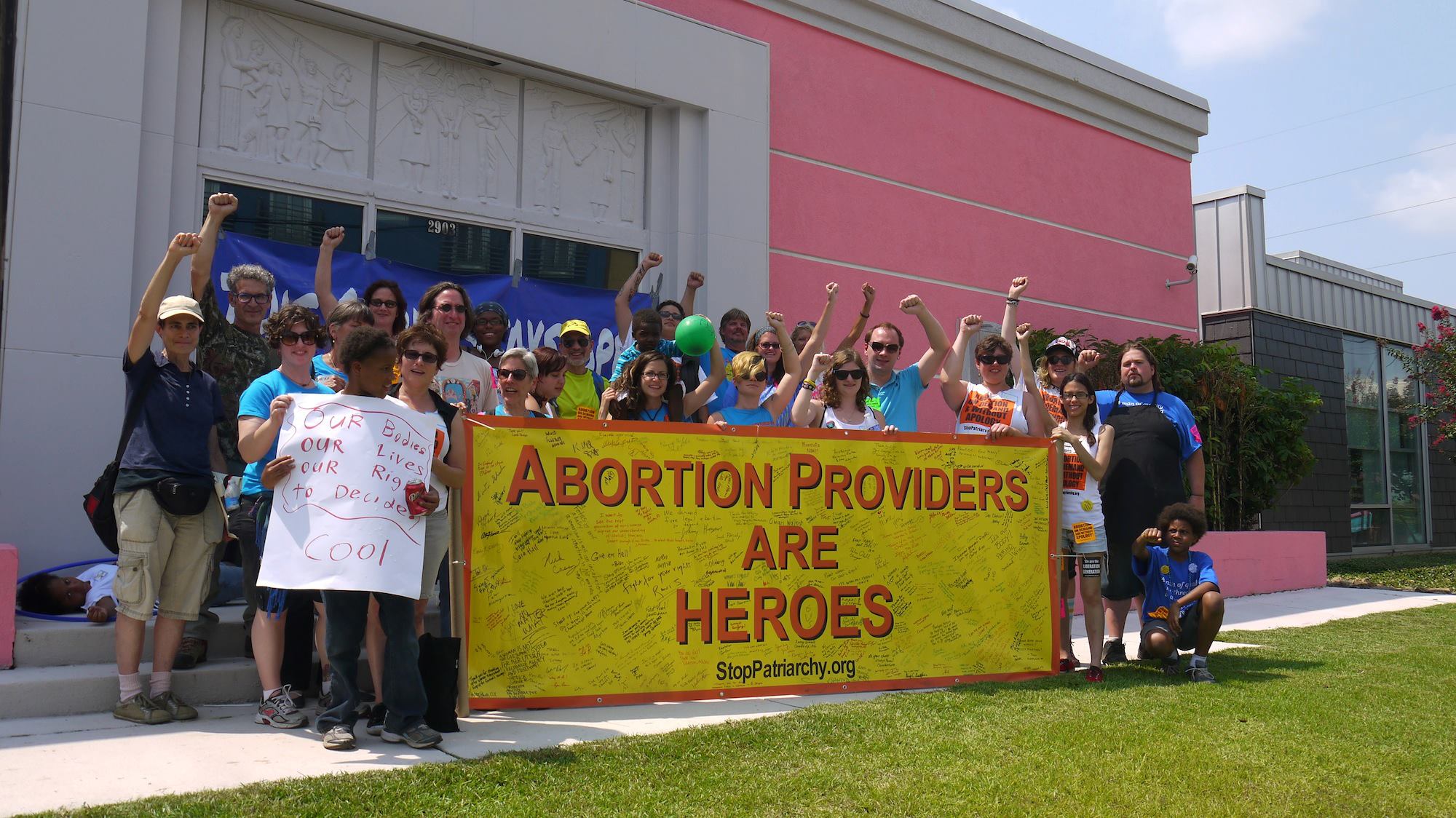 A group of supporters thanking abortion providers at the “Pink House,” which was the last abortion clinic in Mississippi.

That attitude revealed what so many of us already knew. Their opposition to abortion is not about all the mewling they do about life, babies—no, “children”—in the womb being “murdered” by women who were “inconvenienced” by an unwanted pregnancy. For the most part, that is not their real concern.  What was shown after the trashing of Roe v Wade by the U.S. Supreme Court was that their anti-abortion fanaticism is an aspect of their misogyny and their aim to punish women for the gains we have made.

BILLS WRITTEN WITH CRUELTY IN MIND

This is clear from the way these bills were written. The anti-abortion Right had decades to work on the bills they are now passing with such unbridled enthusiasm, so it is no mistake that they are so purposely vague that doctors are afraid to save a woman’s life with a needed abortion for fear of jail and/or losing their medical licenses. The “exceptions,” for rape, incest and the health of the woman—which not all of these bans even have—are written so that women and girls who have experienced a trauma that the men who wrote them will never experience, force women and girls to jump through so many hoops as to make the “exceptions” be both useless and further traumatizing.

The rage against the anti-abortion laws and bans started with three new Supreme Court judges who lied, lied, lied their way onto the Court. It started when Senate Minority Leader Liar Mitch McConnell stopped then-President Obama from placing a justice on the court supposedly because it was too late in his term, but then helping Donald Trump do it even later.

Those like John Roberts and Amy Coney Barrett claim—even though they know better—that people judge this court as inauthentic because it disregards public opinion and disagreements. The truth is that people regard it as phony because Barrett, Brett Kavanaugh, and Neil Gorsuch lied specifically about abortion in order to obtain their lifetime judgeships.

WE FEEL THE HATE!

What is shown by all this history is that those who are passing bans or bringing back bills from the 1800s are determined to strip women of their human rights, to drive them back to the 1950s, and—to put it even plainer—do not consider women to be full human beings. Overthrowing RvW was their way to put us in what they have always considered our place: in the home or the lowest paying, most menial jobs, taking care of men, being always sexually available even if they have to rape us, having their babies, and certainly not running for president, or being speaker of the House or simply living a life as a full human being.

Women may not be saying all this out loud, but there’s no question that we feel their contempt and hate.

← Attitudes to the climate crisis and technology
World in View: Europe’s racist leaders →
This work is licensed under a Creative Commons Attribution-ShareAlike 4.0 International License