Oakland, Calif. — On Dec. 5 Impact Justice presented a panel of former prisoners addressing contradictions in prisoner support. California recently passed a number of prison reforms, including a felony murder rule, which originally mandated that judges sentence an accessory to a crime in which someone was killed as though they were the killer. In Fall of 2018 that law was amended so that a person’s charges reflect their role in the crime. However, people who received a life-without-parole (LWOP) sentence are not eligible for relief. LWOP prisoners first have to have their LWOP sentence vacated through a habeas petition. 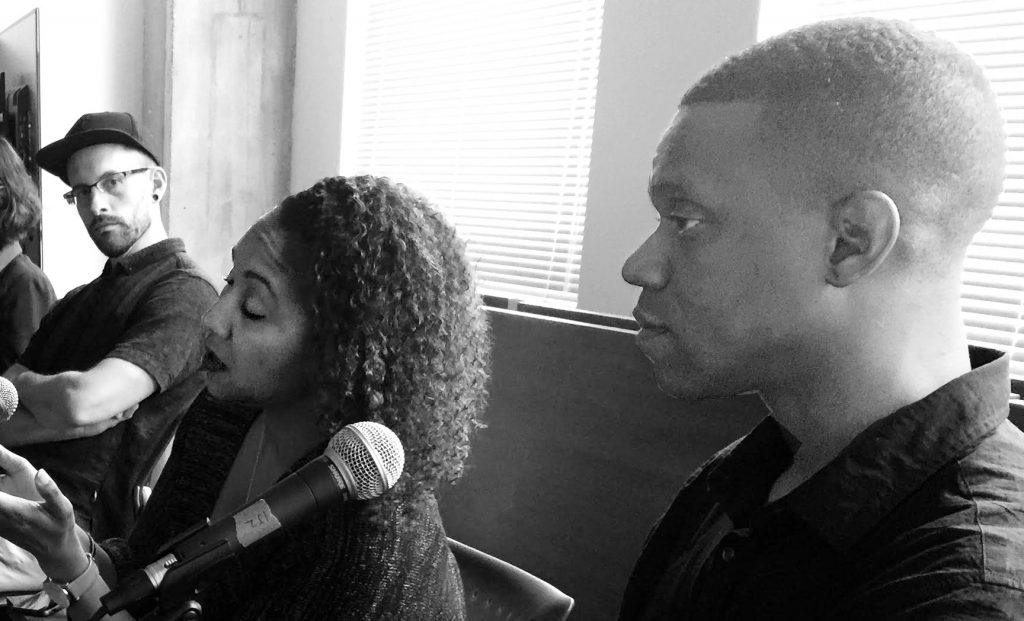 Another contradiction that stunned the prison movement is the way the hard fought for reform of the bail system (see “Women demand: ‘End money bail!,’” July-Aug. 2018 N&L) got distorted. The final bill, signed by the governor, did abolish money bail, but created instead a “risk score” algorithm to determine if a person is a “public safety threat.” Such algorithms reinforce existing racist rules, potentially making it easier for prosecutors and judges to keep people in jail, meaning many will not get out even if they could have raised bail.

Shane Bauer, a journalist held in solitary confinement in Iran for two years and reporting on U.S. prisons since his release, spoke about his stint as a guard in Winn Correctional Center in Winnfield, Louisiana. He witnessed many injustices and noted that he could not be just an observer; he had to participate in the institution everyone there hated, prisoners and guards.

Terah Lawyer, recently released from Central California Women’s Facility and now a coordinator of Impact Justice’s Homecoming Project, spoke of the double-edged sword that prison reforms are. On the one hand, improving conditions for prisoners is imperative. She felt—and witnessed in others—the changes even a little hope can bring, such as Proposition 57 which gave prisoners a way to reduce their sentences through credit-earning programs. Waiting outside a sergeant’s office, she overheard a lieutenant telling the guards, that “you write them up even for possession of a paperclip. Any write-up makes sure they are not allowed to earn credit. Otherwise, you won’t have a job.”

REFORMS TURNED INTO THEIR OPPOSITE

The very reform meant to help prisoners became an incentive for guards to be even more inhuman. They will write you up for the smallest infraction, provoke fights, put people in isolation, etc., to try to convince parole boards that this person is not suitable for release. She ended by saying: “While we are fighting out here for improving the conditions in prison, it’s difficult to predict what impact it will have on those inside. And yet, we have to continue the fight.”

Emile DeWeaver, founder of Prison Renaissance, a community of incarcerated artists said: “We live in a system that is not designed to change. We face the question of how do we work on conditions in an ethical way. [Because of] the recently passed reform of the felony murder rule, a lot of people are going to be free and that’s beautiful. But we are again excluding a class of people. In setting up the next victory, we become too short-sighted. We just want another victory.

“Within criminal justice work we want to make a just world. But the very structures we use mirror those we are trying to dismantle.…

“Take bail reform. Yes, we need to reform the bail system. But we got side-tracked, chasing bail bondsmen, who profit from mass incarceration, and we forgot to actually solve the problem! The problem was we hold people pre-trial! The fact that some are making millions from it is just the blood that’s flowing from the wound that we still didn’t close. This is not happening because we don’t care. This is happening because we’ve only had one model of power in our life.

…We have to stop waiting for the state or the institution to solve the problem it is not designed to solve. We can solve it. We can organize. We can engage the community, engage incarcerated people. The system relies on a powerless population. So empower the population!

“When we improve people’s lives, we actually connect with them. Important as it is to take prisons out of this world, it is not just an act of taking them out. Investing in incarcerated people is putting ‘in,’ investing in their power.

“If you have a right to vote, a right to organize, a right to work, or not work, you have the same strategies that people in the Civil Rights Movement had available to them to at least begin some steps to change the way our country operates.

One thought on “Former prisoners speak on contradictions in support work”

← Three years after Ashker vs. Governor of California
Review of ‘55 Steps’ →
This work is licensed under a Creative Commons Attribution-ShareAlike 4.0 International License