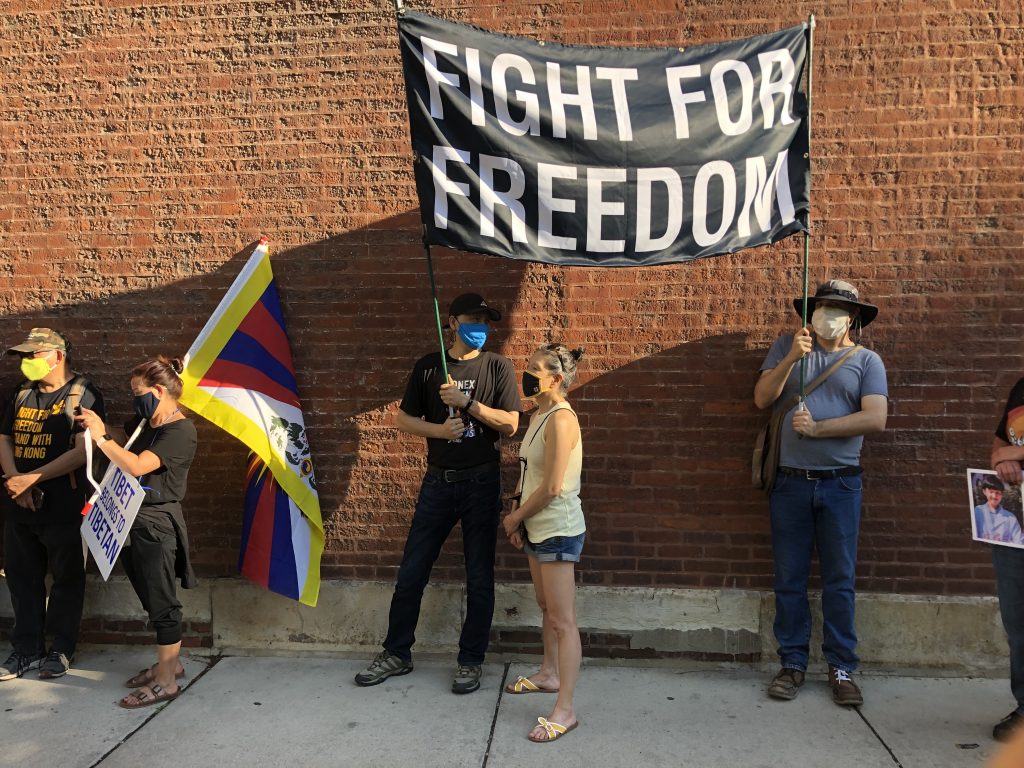 Chicago—Activists from Hong Kong along with emigres from Tibet and the China mainland joined supporters of freedom for Myanmar and Thailand on June 12 to mark two years since millions filled the streets to protest a threatened extradition law.

Public protest declined during the pandemic and, as of July 1, 2020, under the boots of the National Security Law imposed on Hong Kong. Arrests of the opposition have followed, from students and workers to billionaires like Jimmy Lai, owner of banned Apple Daily newspaper.

In spite of the law, many in Hong Kong mourned the June 4, 1989, Tiananmen Square Massacre with individually lit candles. Chicago rallies have demonstrated solidarity with those fighting for freedom in Myanmar and Thailand against regimes backed by Xi Jinping, and Tibetans, Uyghurs and Hong Kongers more directly oppressed by Xi’s forces.

← Los Angeles police insist on their right to kill
Forcing workers back to unlivable wages →
This work is licensed under a Creative Commons Attribution-ShareAlike 4.0 International License