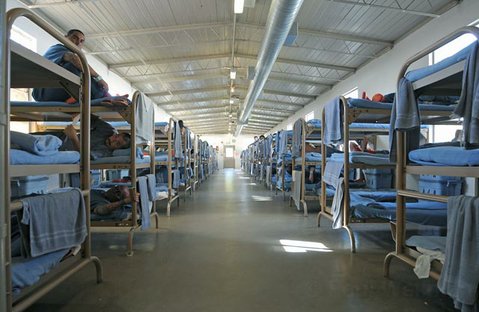 On Dec. 6, Disability Rights California filed suit against Santa Barbara County and its Sheriff’s Office on behalf of five disabled prisoners who suffered injury or death in their jail. Over half the jail’s inmates utilized county mental health services before being confined. Attorney Aaron Fischer stated, “The suit is an opportunity to take a hard look at everybody who’s currently incarcerated; is it necessary for them to be in custody? Is it appropriate? The answer for a lot of people at Santa Barbara County Jail is ‘no.’ ”

In January, the Department of Education released a report finding that the Texas Education Agency in 2004 had capped the percentage of students who could receive special education services. The number of students receiving services declined by 32,000 between 2004 and 2017, despite enrollment in Texas schools growing by more than a million students. Will U.S. Education Secretary Betsy DeVos rectify this injustice? She has previously rescinded 72 guidance documents on the rights of disabled students—despite opposition from disability rights groups and education advocates.

Intense criticism met Esther McVey’s recent appointment as the United Kingdom’s new Work and Pensions Secretary. As former Minister for the Disabled, McVey appeared to relish removing disability support. She claimed there were “vast numbers of bogus disabled.” She was especially brutal toward those with mental health issues. As disability rights activist Paul Dodenhoff wrote, “British disabled people continue to bear the brunt of aggressive ‘austerity’ measures put in place after 2010 to ease its national debt problem…caused by the hundreds of billions the UK government used to bail out the dodgy activities of its banks and financial institutions from 2008 onwards.”

← Fight nuclear waste
Woman as Reason: The humanism of #MeToo →
This work is licensed under a Creative Commons Attribution-ShareAlike 4.0 International License