In December, Donald Trump’s reactionary Secretary of Education, Betsy DeVos, led the drive to rescind federal guidelines ensuring that students with disabilities and minority students not face unfair discipline. Denise Marshall of the Council of Parent Attorneys and Advocates said that “DeVos has communicated to our nation’s children with disabilities and children of color that they are not valuable and that the negative, disparate experiences they face at school do not matter.” 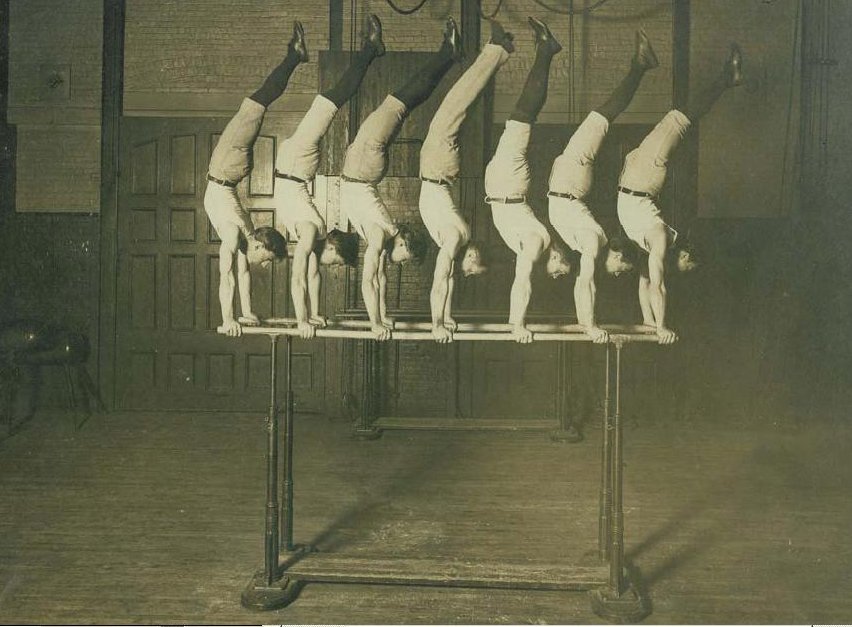 Concordia team in 1908, Eyser is in the center. Photo: Wikipedia

Japan plans to use the summer 2020 Paralympic Games as an impetus toward making Tokyo hotels and public transportation more accessible. This would also benefit Japan’s aging population. The Paralympic Games began in London in 1948 as a competition for disabled British war veterans. The first official Games were held in Rome in 1960, with athletes from 23 nations, and have grown to represent over 100 nations since then. They are held parallel to the Olympic Games. American gymnast George Eyser, who had a prosthetic leg, won three gold and two silver medals at the 1904 Summer Olympics held in St. Louis, Missouri.

Disability Rights UK and other organizations have released reports that show only 7% of British homes can be classed as accessible. The UK’s Disability Discrimination Act forbids discriminating against current tenants or prospective disabled tenants. Activists have called for more accessible housing to be built, while builders have resisted, claiming this would lower their profits. However, a U.S. study cited by author Jane Sandwood in Accessibility News International found that homes with accessible features like ramps and wider hallways are actually more profitable and are popular with families with children and aging parents.

About 8.8 million people depend on Social Security Disability Insurance. In 2017, over 10,000 people died while on the disability insurance waiting list. Applications have increased 16% over the last decade as the baby boom generation ages. At the same time, the Social Security Administration budget has fallen by 11%. When approved, the average benefit is less than $1,200 per month, while the poverty level is considered to be $1,010 per month. Even this can be difficult to attain. One woman with fibromyalgia, spinal stenosis, diabetes, high blood pressure and depression told the Milwaukee Journal Sentinel how she was turned down twice: “They sent me a letter that I wasn’t disabled.”

A “mystery shopper” experiment conducted by professors at Columbia University and the University of Florida found that charter schools were 7% less likely than public schools to respond to application enquiries regarding disabled students. The study included 6,452 schools in 29 states and the District of Columbia. According to professor Isaac McFarlin Jr., the study “raises the question of whether high-performing charter schools are successful in part because they screen out the costliest-to-educate students from their applicant pools.” The researchers hope to create a dialogue that fosters equal access.