A young Black man who participated in the Ferguson protests and had mental health issues was shot and killed by police in St. Louis, Mo., in April. Thaddeus McCarroll was holding a knife and a Bible when he emerged from his mother’s house. He had no gun and had not threatened or attacked anyone. Yet police opened fire on him as soon as he stepped out the door. His mother called the police, thinking that they would get her son help, when he started talking about “revolution” and locked himself in the house. She explained the situation to police when they arrived, but instead of bringing in specialists who could deal with the mental issues that Thaddeus was facing, they immediately surrounded the house and escalated the situation.

On June 10, disability rights activists from Not Dead Yet Pennsylvania and New Jersey Centers for Independent Living, as well as groups representing parents 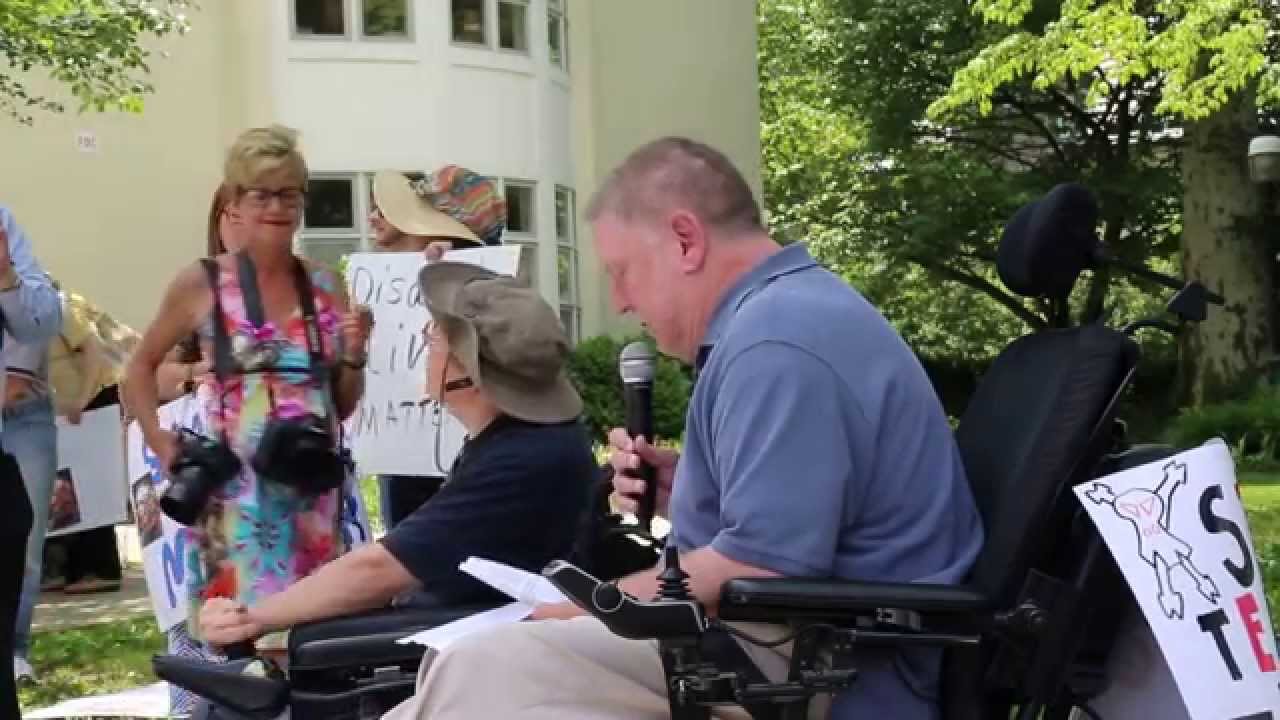 of people with disabilities, marched to Princeton University to protest. They publicly denounced recent statements by Professor Peter Singer promoting the killing of disabled infants through denial of healthcare. They asked Princeton to take other steps to address what the activists described as Singer’s “hate speech” toward disabled people. Singer has been promoting public policy that would legalize the killing of disabled infants in their first month of life.

A woman who uses a wheelchair was forced to crawl onto an American Airlines commuter plane in San Diego because the airline wouldn’t provide her with an available access ramp. Theresa Purcell, a hip-hop artist who has a neurological disorder that limits her mobility, filed a lawsuit against the airline on June 5. She says the

humiliating incident happened despite her having told the gate agent before her flight that she would need an access ramp. The ramp was never set up. When she got to the plane she asked the crew for a portable ramp. They refused because it would delay the flight. Purcell had to crawl up a narrow flight of stairs and then down the aisle to her seat while the rest of the passengers on the plane watched.

← Becoming a handicap activist
International Day Against Homophobia, Transphobia and Biphobia →
This work is licensed under a Creative Commons Attribution-ShareAlike 4.0 International License