Editor’s note: Najm Aldin Samman is a Syrian dramatist. He was born in Idlib City, Syria, in 1959. He writes short stories and plays. Najm tried, in this short story, “Hershu Habeel,” to portray the extent of the brutal torture and genocide of Syrians by the Bashar al-Assad regime and his Syrian security forces. He tried to link the present with the past by describing a terrible massacre that happened near Abel’s orchard (Hershu Habeel) located in Alzabadani, a western suburb of Damascus.

He chose the names of the story’s characters as Syria, Damascus, Cham, Barada, to discribe two things: the extent of Syrians’ love of their homeland, and the situation of the dying of Syria. 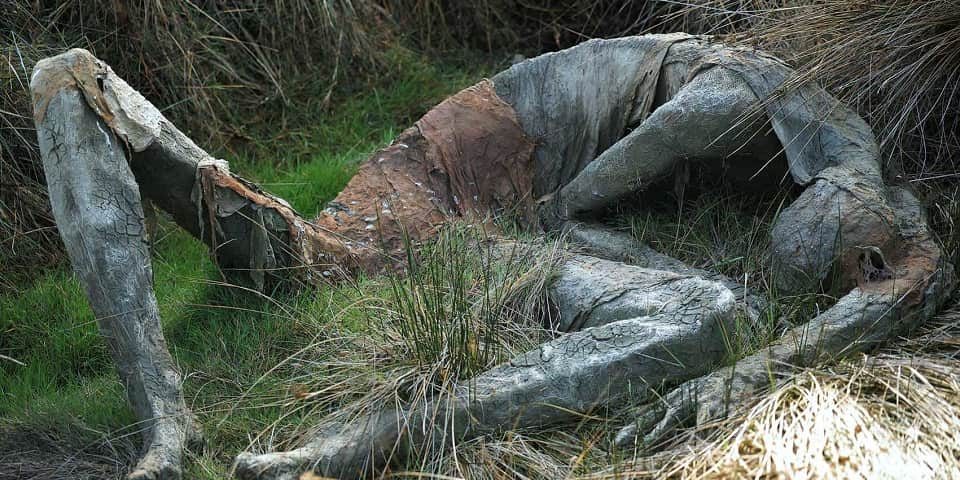 I do not know if I am alive or dead.
I feel everything now. Something is walking across my fingers, and because of its delicacy, I suspect that it’s an ant.
I start to feel the easy-moving sunlight touch my swollen eyelids. It disappears, then comes back.
I hear the rustle of trees, and the sprightly air touches my pores.

My body is wrapped around itself. Not like a rock, but like a small piece of chalk that is crushed by heavy shoes… No… It wasn’t shoes; it was military boots.

So here I am… restoring my memory, little by little.

Now, I hear… a dialogue between two voices; maybe…a few meters away from me.
The first voice: – have you confirmed that we killed them… All of them?
The second voice: – Yes, sir.
A period of silence. Then the second voice returns, to ask:
– Should we bury them, Sir?!
– We do not have time, follow me to the west of Hersh Al-Sanawbar (the pine woodland)
– Yes, Sir….
I hear the footsteps moving away:
– Faster…. We have other detainees.
– Shall we send them to Damascus, Sir?
– No. We have orders to liquidate them. We’ll leave them to the wolves and wakis. 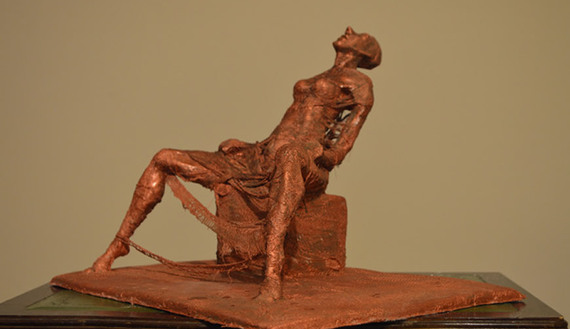 Their laughing voices trail off. I am afraid to breathe deeply, in case they hear my breathing, my passion for life. If they did, they would definitely return to put a bullet in my head.
My body is throbbing… While waves of pain radiate from my head to my toes, it passes little by little, but I feel everything. I’m not dead yet, but I’m not alive at the same time.
Was it … a nightmare? Was it a horror movie? Maybe. When I wake up, I don’t know how much time has passed. I feel fingers touch me… or whatever is left of me.
I now hear a woman’s voice asking me, whispering, “Do you remember your name?”
I try to open my eyes to see her, but I can’t. I try to open my mouth, but I can’t.

But I feel her bend over towards me. I hear the rustle of her dress on the grass. I feel her breath, approaching warmly, smelling like chestnuts over the embers in a distant winter.

She whispers, “We heard the shots in two batches. We were sure that they killed all those who had been detained at the checkpoints since last week. I couldn’t sleep. I went at dawn to Hersh Al-Sanawbar. My husband hasn’t come home for a week and my cousin, for two weeks. My God! They killed them all! I saw my cousin; they slit his throat. I stayed to look for my husband. I didn’t find him, and just when I was about to give up, I heard you moaning. You’re not from our village. Maybe you were passing by and they detained you on the parapet. Thank your God. More than 70 bodies around you, and only you are alive.”
I hear her crying. I feel her eyes scan over the dead bodies. She returns and bends over me, asking me again, “Have you remembered your name?”
As if I know that voice since prehistory.
A bloody moan comes out of my mouth and I stammer. I think I pronounce my name.

The woman whispers, “What did you say?”
Oh my God… How I know that voice!

I feel her rub the fingers on my left hand.
I feel as if I know these fingers too.
The woman whispers: ”OK. I’ll ask you. Try to answer by moving your hand. If you move it to the right, it means Yes, and if you move it to the left, it means No. Try. Please.”
A bloody moan comes out at last. From between my lips: – W… E… LL.
She whispers again, “What did you say?”
And while I can’t even whine…she whispers, “My name is Syria.”
My voice is a low moan. I was going to tell  her, “Long live names.”

But she whispers, “I am from here, from this village. The village of Abel’s grave.”
I was going to tell her… that my wife has the same name, but I couldn’t, and I have a son named Baradah (the river that runs through Damascus) and a daughter named Cham (the nickname of Damascus), but I couldn’t. I was going to tell her about how I met my wife Syria on Cham Avenue; How… grabbed me; as the butterfly snaps … light, I also was going to tell her, your voice is so similar to hers, but I can’t. I was going to say to her, your fingers are like her fingers and you have the same smell of chestnuts over embers in a distant winter. But I can’t.
I try to open my eyes to see her, but I can’t, as if they sewed my eyelids and lips shut with threads of pain.

She whispers, asking me again, “Have you heard them calling him with the name Abel Mohamed?”
When I try to open my palm toward the left or right, I can’t.
I was going to tell her, it is as if I knew this person; as if I had heard his name frequently like an echo within the Hersh Al-Sanawbar before this tour of torture; like me. I saw the bullets around him, when they started the massacre, but it’s like I had seen him wrapped around himself like a rock before its splitting.

She whispers near my ears, “I didn’t find him among the bodies. At the other end of Hersh Al-Sanawbar, they tell me that he has survived. They tell me that they tortured him, but he survived. And that when they shot, he was between bodies that fell around him, so he survived. Tell me that he is still alive, so I will love him for the rest of my life, like I love him, again.”
Then, a silent grief defeats her, crying occupies her. I am overcome by a cold sweat, from my head to my feet. It flutters through my body like a fever. It overwhelms me, and sets me on fire, and then mountains of ice once again.

I no longer feel my body, only that her fingers still touch my palm.

How could I blame her if she can’t recognize him? If I looked at myself in the mirror, I may not know him. I, under brutal torture, have forgotten my name.

I’m trying now to do what I can for her by not dying now. Now that she found me, she finds him again.

One thought on “Hershu Habeel, a story by Najm Aldin Samman”

← The end of ‘Urban Shield’
IV. Marx, Lenin, Marxist-Humanism, and the Philosophy of Revolution in Permanence →
This work is licensed under a Creative Commons Attribution-ShareAlike 4.0 International License