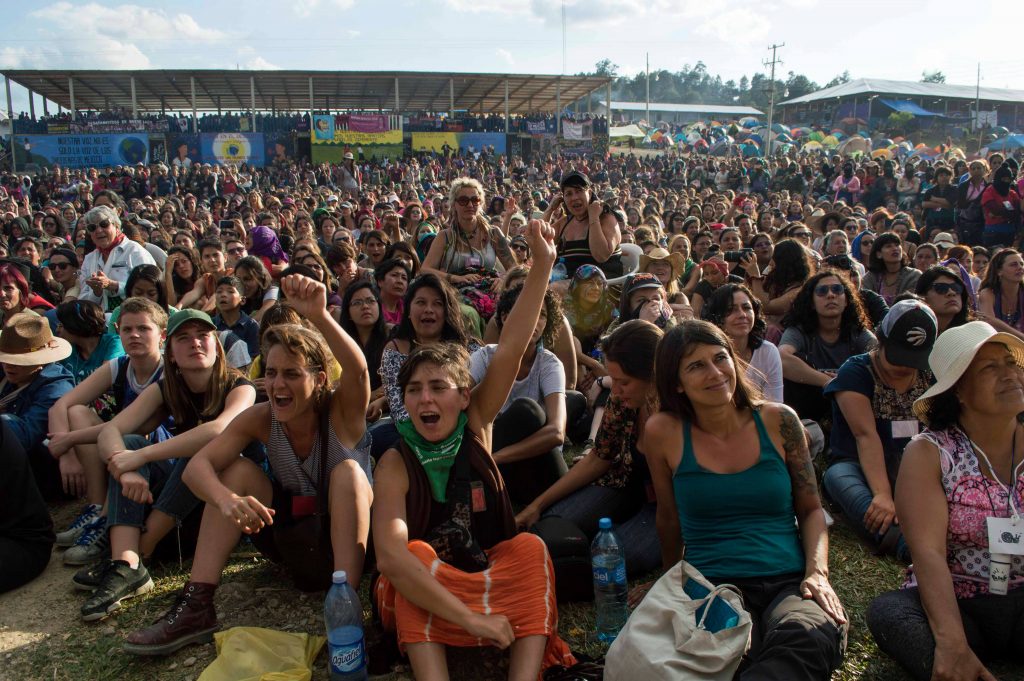 Women at the First International Gathering of Politics, Art, Sport, and Culture for Women in Struggle. Photo: Fernanda López for News & Letters.

The First International Gathering of Politics, Art, Sport, and Culture for Women in Struggle, organized by the Zapatista Indigenous women, took place in Chiapas from March 8-10. More than 5,000 women from all over the world shared their thoughts on feminism, art and work. Men were not allowed.

An enormous diversity characterized the gathering. The Zapatista women sought—by the way they organized the event and by their talks—to give the gathering a clear political direction, i.e., to turn the diversity also into a unity of struggle.

FROM 1994 TO THE FIRST GATHERING

In their “Opening address” (which can be found at Enlace Zapatista) different generations of Zapatista women told their histories of liberation, from when they “worked as a servant in a house in the city,” to the 1994 uprising, to when they began building “schools, clinics, collective work projects and autonomous governments.” This was not just an inspiring story, but a dialectic of liberation whose first negation was saying “no more” to the conditions in which Indigenous women have lived.

With more than 20 years of experience building autonomy, Zapatista women have arrived at a new moment: “What we see, sisters and compañeras, is that they’re killing us…because we’re women…So we came up with the idea of having this gathering and inviting all women in struggle.”

Though Zapatista women have always been the core of the movement, it is only now that they were ready to call 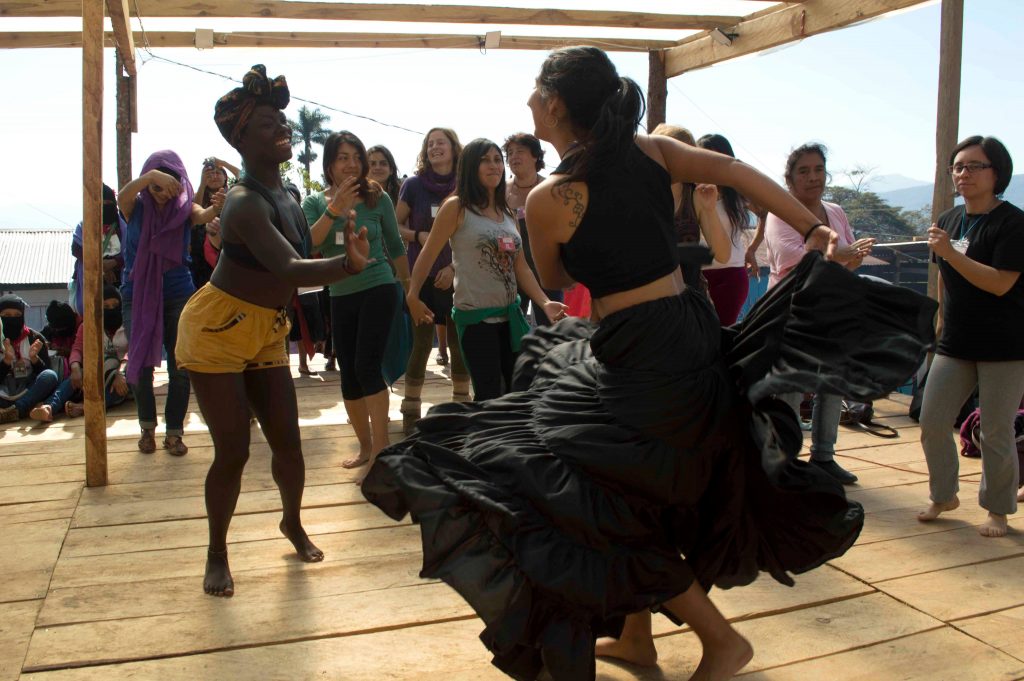 Zapatista women and others dancing at the gathering. Photo: Fernanda López for News & Letters

the first Women’s Gathering. Now they can share their experience of liberation and turn it into a unifying force for other women.

In their Opening address the Zapatista women used the metaphor of “a forest or brush” to refer to unity and diversity: “We know that in that forest, in that brush, there are many trees that are different… We are all women. But we know that we are of different colors, sizes, languages, cultures, professions, schools of thought and forms of struggle… So we are different but we are the same.”

“What also makes us the same is the violence and the death carried out against us. That’s how we see the modern condition of this fucking capitalist system…which [has] the face, body and idiot brain of the patriarchy.”

Thus we have gone one step further: The Zapatista women are calling for fighting as anticapitalistic and antipatriarchal. The Zapatistas are proposing this unity to give the diversity a fuller meaning: “Either we compete among ourselves…Or we can agree to struggle together, as different as we are, against the patriarchal capitalist system that is assaulting and murdering us.” 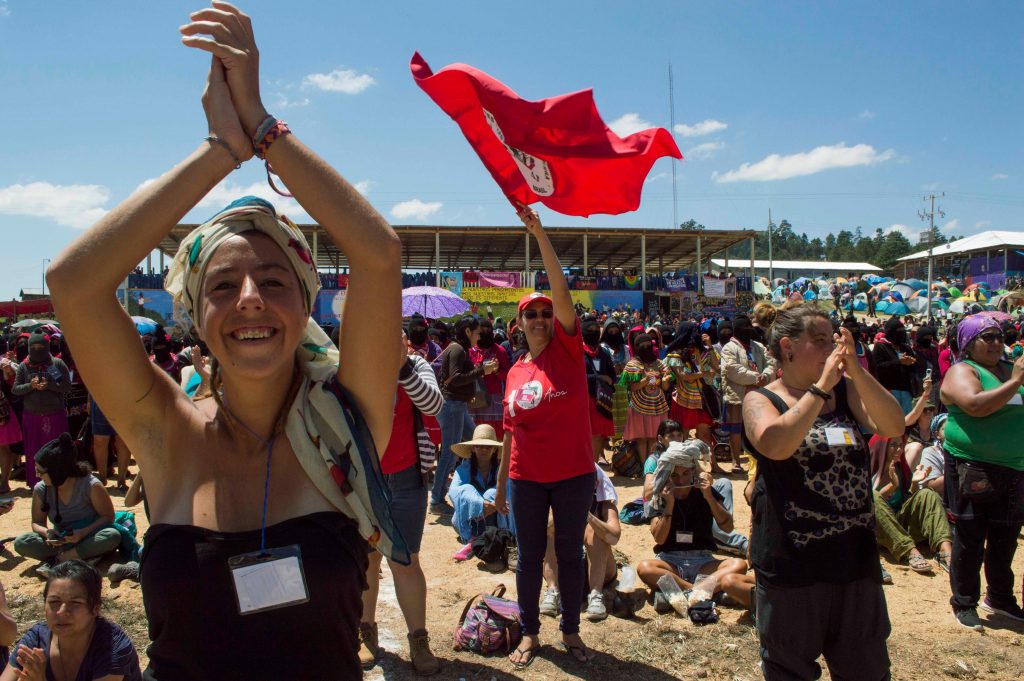 Zapatista women and others participating in the international gathering. Fernanda López for News & Letters.

A new question arises: What does it mean that a struggle is anticapitalistic and antipatriarchal? In their words the Zapatista women proposed “to study, analyze, discuss, and, if possible, agree to name who is or who are those responsible for our suffering.” This is the great challenge for the Second Gathering, scheduled for March 2019.

There it would be important not just to consider capitalism and patriarchy as “things,” objective realities, but as subjective relations of oppression that should be overcome by those who suffer from them. Needed, then, is a dialectical vision of liberation arising from the struggle of women from below; which at the same time, helps develop it. This is how the goal posed by the Zapatista women can be fully achieved: “Perhaps we can meet again to set fire to the system.”