Nuclear packages, much of their contents radioactive waste, are constantly being transported around the world by land, sea and air. For example, in the decommissioning process at the Zion nuclear reactor in Illinois, part of the radiating debris was sent to Clive, Utah. That includes gloves, clothing and tools of the nuclear plant workers, the turbines, miles of pipe and hundreds, if not thousands, of valves, gaskets, and gauges.

The reactor vessel itself—a thick stainless-steel bowl 11.5 feet across and about 33 feet high, which had been subjected to decades of close-range neutron and gamma ray bombardment—will be strongly radioactive.

The spent fuel rods are a horse of a different color. Spent fuel, classified High-Level Radioactive Waste (HLRW), is one million times more radioactive than new fuel. What to do with it is a conundrum. Presently it is in huge casks made of steel and thick concrete (dry cask storage) at the site of the former Zion plant.

When fuel is swapped out of the reactors that power the U.S. submarine fleet, the used assemblies are placed in dry casks specially formulated for transportation along water, rail, and roadways to a military site. In all there have been more than 1,300 shipments of HLRW since the mid-1970s. The less dangerous military waste goes on roadways to the Waste Isolation Pilot Plant near Carlsbad, N.M.

A Department of Energy (DOE) program features shipments of plutonium (Pu) from other countries to the U.S. One-third of a ton of Pu from Japan that reached our shores at Charleston, S.C., was transferred by trucks to the Savannah River Site near Aiken, Ga. More large quantities of Pu are expected at Savannah from Europe, the Pacific Rim and North America. What the DOE is thinking is anybody’s guess (but Pu-239 is used for the production of nuclear weapons). They say it’s to prevent diaspora of these most deadly isotopes, which are wholly created by man—not nature. According to the DOE it’s safer from terrorist threat for the next 100,000 years here rather than scattered all over the globe. Comments from the citizens of South Carolina at http://bit.ly/2bWxOKZ are well worth reading. 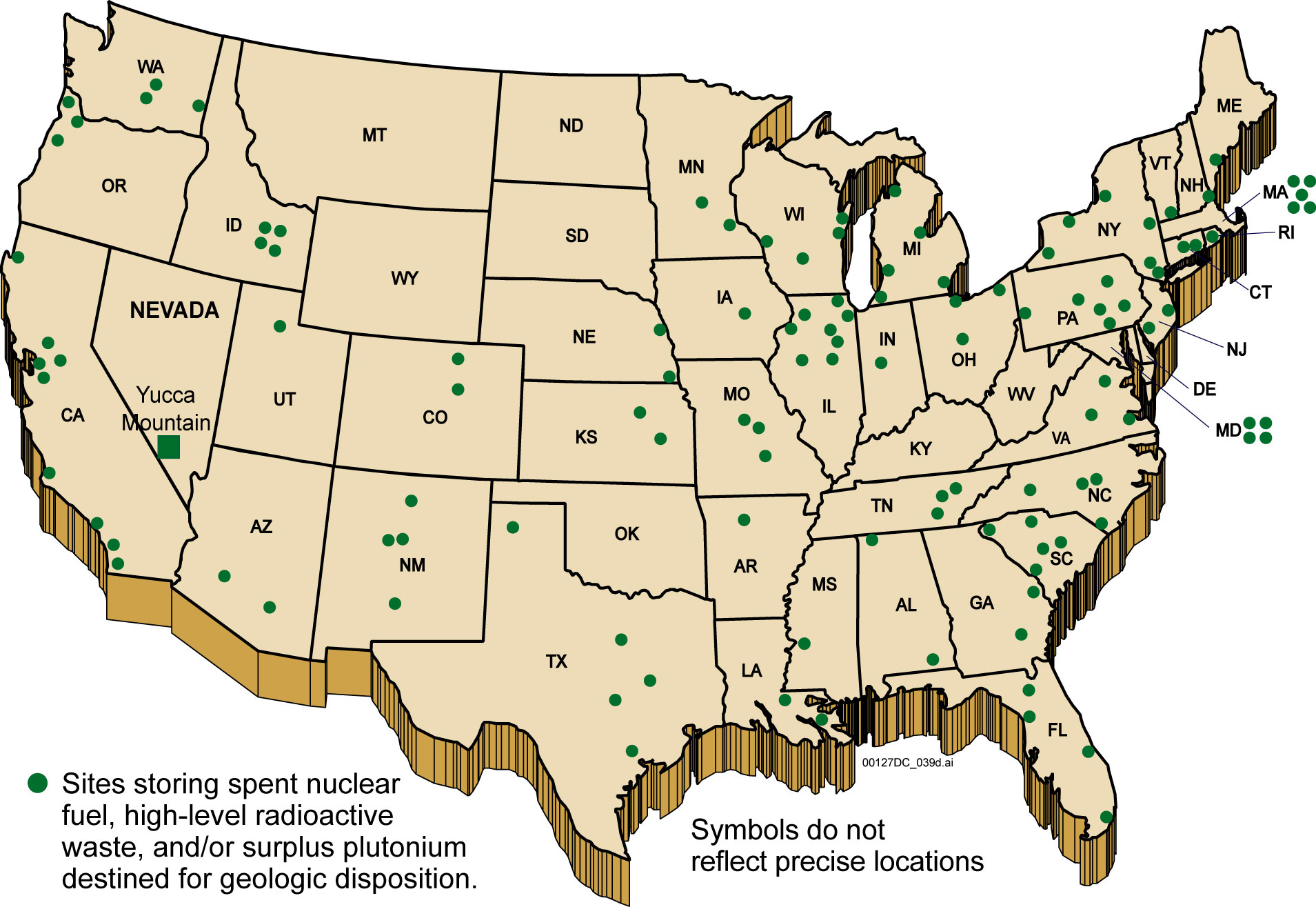 communities and there are anti-nuclear activists who ask impolite questions, create nuisance articles, plan rallies, and demonstrate, among other annoyances.

This involves a very interesting sleight of hand. Because Yucca Mountain, Nev., has disappeared as a destination for HLRW, the government CLAIMS we now need “consolidated interim storage” for this highly watched material, an alleged necessity that leads to a concept named “consent-based siting.” The DOE has conducted eight well-advertised public meetings asking citizens for design solutions on how communities can be persuaded to willingly accept domestic HLRW.

Meanwhile, Waste Control Specialists  of Andrews, Texas, applied to the NRC to be awarded the contract to harbor HLRW in west Texas.

The eighth DOE meeting in Minneapolis was characterized by cheeky interruptions, particularly by Texan Karen Hadden. Basically, the citizen participants said, You (the DOE) stop making HLRW. Then come to us for a solution to the 72,000 tons we already have. An important DOE speech was disrupted with a play by activist Kelly Lundeen of Luck, Wisc., the gist of which is in these lines:

“Stop making radioactive waste! /I do not like it anyplace.”