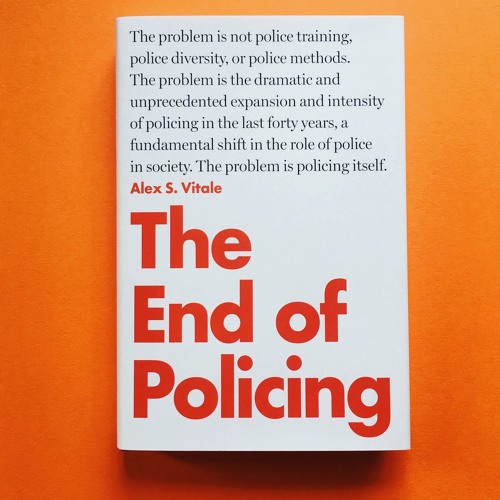 I recently obtained the best, most revealing book on the nature and viciousness of “policing” in Amerika today. It is The End of Policing by Alex S. Vitale (Verso, 2017). To quote from it: “The reality is that the police exist primarily as a system for managing and even producing inequality by suppressing social movements and tightly managing the behaviors of poor and nonwhite people: those on the losing end of economic and political arrangements” (p. 34).

The chapter “School-to-Prison pipeline” tells how many public, and especially charter schools, are basically mini-prisons, patrolled by cops carrying automatic weapons. Kids who “get in trouble” such as talking back to teachers or using prohibited cell phones are handcuffed by a cop and charged. If they “talk back” to him they are charged with resisting arrest. Off to juvy court for them. Naturally, students who are Black and Brown are the largest group receiving “notice” by the cops.

So get this book. Read it. Then pass it on to others who need a wake-up call as to the world in which they live: the police state Amerika.

2 thoughts on “Prisoner reviews: ‘The End of Policing’”