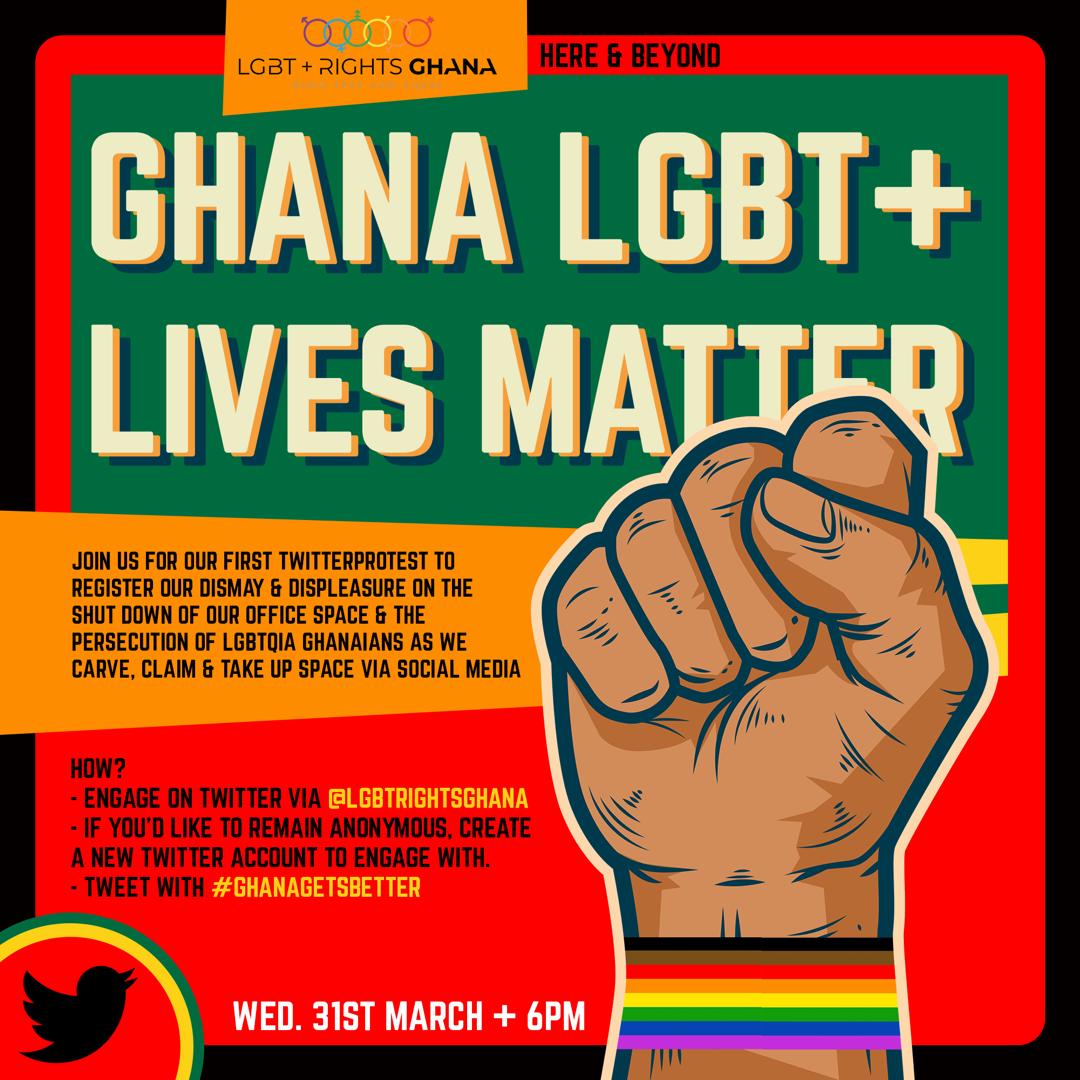 In a country that is extremely hostile to Queer people, the online campaign of LGBT+ Rights Ghana, GhanaGetsBetter, is reaching out to as many Ghanaians as possible. They aim to encourage LGBT+ supporters to color red their social media profile pictures to raise awareness of the persecution Queer Ghanaians experience. LGBT+ Rights Ghana’s safe house was closed one month after it opened because “pro-family” Kwabenya Traditional Council threatened to burn it down. Government and religious officials, law enforcement and ordinary citizens say LGBT+ people are not human, batter, arrest and lynch LGBT+ people, and go unprosecuted.

Free and Fair Coalition, the ACLU, The Transformation Project and other supporters of Transgender people are coming together to raise awareness and protest the many anti-Transgender rights bills introduced in 25 U.S. states. They are finding some success. Montana’s HB113, which would have made it illegal for doctors to provide gender-affirming healthcare to youth under 18, was defeated. Also defeated was South Dakota’s HB107, which would have banned Transgender people from changing their birth certificates to align with their gender identities.

An appeals court ruled that Coon Rapids High School in Minnesota must pay $300,000 to Transgender student Nick. The school segregated him to an “enhanced privacy” locker room that could be used by only one student at a time. After that, Nick received hate mail, was bullied in school and his mental health declined. While Nick transferred to another school, several LGBT students in the Anoka-Hennepin School District—which includes Coon Rapids High School—committed suicide and six other students who had been bullied sued the District. When ordered to institute a “neutrality” policy regarding LGBT students, the District appointed a hate group member to their anti-bullying task force.