From the January-February 2016 issue of News and Letters 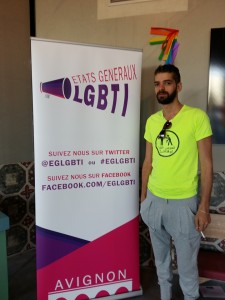 There were some encouraging signs for Tunisia’s LGBTQ community, and then its Court of First Instance banned Queer rights group Shams for 30 days for not reporting support of homosexual rights in its founding documents. Shams was planning a protest against Article 230, which makes it illegal to commit homosexual acts in public, and the arrests late last year of men charged with doing exactly that. Fortunately, Tunisian LGBTQ rights group Damj continues to work on the presentation to the Constitutional Court to have Article 230 declared unconstitutional. Political party Jabha al-Shabiyah is supportive of Shams and Damj, and former Minister of Justice Mohamed Salah Ben Aissa said that homosexuality should be decriminalized. Letters in support of Shams can be sent to Tunisia’s President Beji Caid Essebsi, boc@pm.gov.tn or to Place du Gouvernement, La Kasbah, 1030 Tunis.

In Acapulco, Mexico, three participants at Tres Palos, Mexico’s Reina Gay festival, were murdered and five injured by gunmen who invaded the celebration. Rural schools near Acapulco either suspended classes or installed security due to increasing violence near the port of this Mexican city. Acapulco has the highest homicide rate in the country.

Employment discrimination against GLBT people has been made illegal by the Ukraine’s parliament. This is a hopeful move in a country with many anti-Queer laws and where Queer people are often harassed. The law may be the result of Ukraine trying to cooperate with the European Union’s human rights principles in order to gain visa-free travel within the EU. If Ukraine can pass an ENDA, why can’t the U.S.?

The National Organization for Marriage, a group opposed to same-sex marriage, raked in less than half of its fundraising goal after sending 12 donation solicitations in two weeks at the end of 2015.