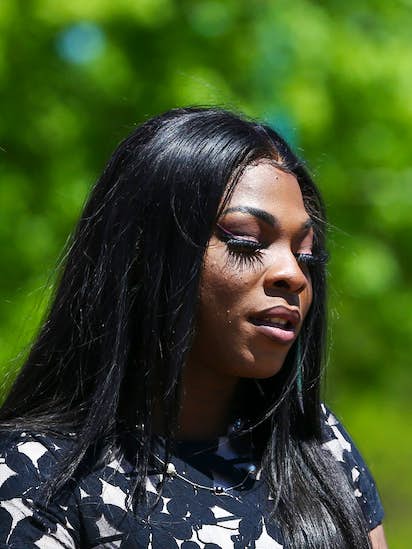 Dallas, Texas, police are investigating the murders of two Trans women and the stabbing of a third within the last seven months as connected hate crimes. Muhlaysia Booker and Chynal Lindsey were found dead, and an unnamed Transgender woman survived being stabbed. Booker and Lindsey are among nine Transgender women—all of color—reported murdered in the U.S. since Transgender Day of Remembrance 2018. Worldwide, many murders of Transgender people go unreported. Dallas police held an LGBTQ+ Town Hall Meeting on May 23, updating the community about the three crimes, asking for any information the community might have, and assuring them of the support of the police and City Hall. The audience was urged to be vigilant and aware of their surroundings, and a question and answer session took place.

After Transgender woman Layleen Polanco was found dead in her cell at Rikers Island, hundreds of people rallied to honor her life, to call for

a full investigation into her death, and for the jail to be closed. While the official line of the prison is that Polanco was in one of Rikers’ two large communal cells that house Transgender women, and then in a restrictive housing unit, her former cellmate reported that Polanco was in reality moved to a solitary housing unit, despite the fact that she had a seizure illness.

Transgender woman Ellen McReady was denied entry to Goldfinger, Tokyo’s largest annual party for Japanese—as it turns out—cisgender women only. McReady and her wife, whose marriage is not recognized in Japan, started Transgender and Queer community safe space WAIFU, which meets regularly, and is being greatly lauded, including on social media. Meanwhile, Transgender women and their supporters are organizing a boycott of Goldfinger.

← Demanding a future, youth lead fight for climate justice
The truth of the ‘Woolsey Fire’ →
This work is licensed under a Creative Commons Attribution-ShareAlike 4.0 International License