Guardians of Equality Movement (GEM) is the LGBTQ+ rights organization in the part of Syria controlled by Bashar al-Assad. It seems to persist in a country where Queer people have no legal rights. Queer Syrians are harassed. Those convicted of homosexuality can be tortured or imprisoned for up to three years. GEM advocates for the human rights of LGBTQ+ people, documents human rights violations, organizes awareness-raising campaigns to help erase queerphobia and supports the basic needs of and provides support for individuals, often via monetary grants. Many individuals are found via GEM’s outreach efforts, and much of their work is done online.

Greece joined 14 other nations in banning conversion therapy. Health Minister Thanos Plevris said, “These treatments not only are not a therapy but they are not supported scientifically.” Adults wanting conversion therapy must first give what the law calls “explicit consent.” Therapists and psychological counselors who perform conversion therapy illegally could face fines and/or prison. But four police officers accused of the murder of Zak Kostopoulos, a drag artist and Queer activist, were acquitted despite video evidence showing them violently arresting him. It is somewhat heartening to know that two other men were found guilty of his murder.

Katrina Rick-Merten, a sophomore at Kalama High School in the state of Washington, organized a rally supporting a Transgender student who was beaten in the school hallway by other students. Another student told a non-rallying student that he planned, “to aim a machine gun” at the rallying students. The entire school district was later locked down. The student who threatened gun violence was found and arrested. The student who attacked the Transgender student has been arrested and charged with assault and a hate crime. 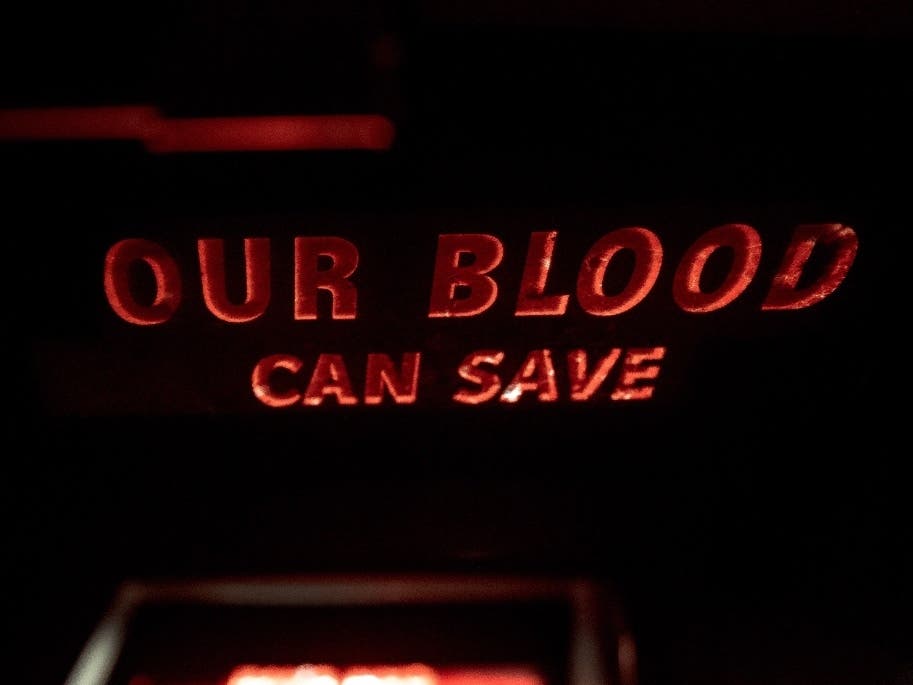 Photo: Our Blood Can Save exhibit

The art exhibit Our Blood Can Save opened in the spring in Brooklyn’s Major R. Owens Health and Wellness Community Center. Blood donated by Gay, Bisexual and Queer men is contained in resin panels and is shown by overhead projections. The Brooklyn Community Pride Center held a blood drive simultaneously, hosted by the New York Blood Center. Our Blood challenges the U.S. Food and Drug Administration’s continuing ban of blood donations by Gay, Bisexual and Queer men, intersecting with racism. In another emphasis on discrimination, the exhibit featured a poster that solicited blood donations during World War II, the blood being segregated by race.

← From the Writings of Raya Dunayevskaya: Hegel’s call to grasp spirit of the times
Women, workers for freedom in Burma →
This work is licensed under a Creative Commons Attribution-ShareAlike 4.0 International License