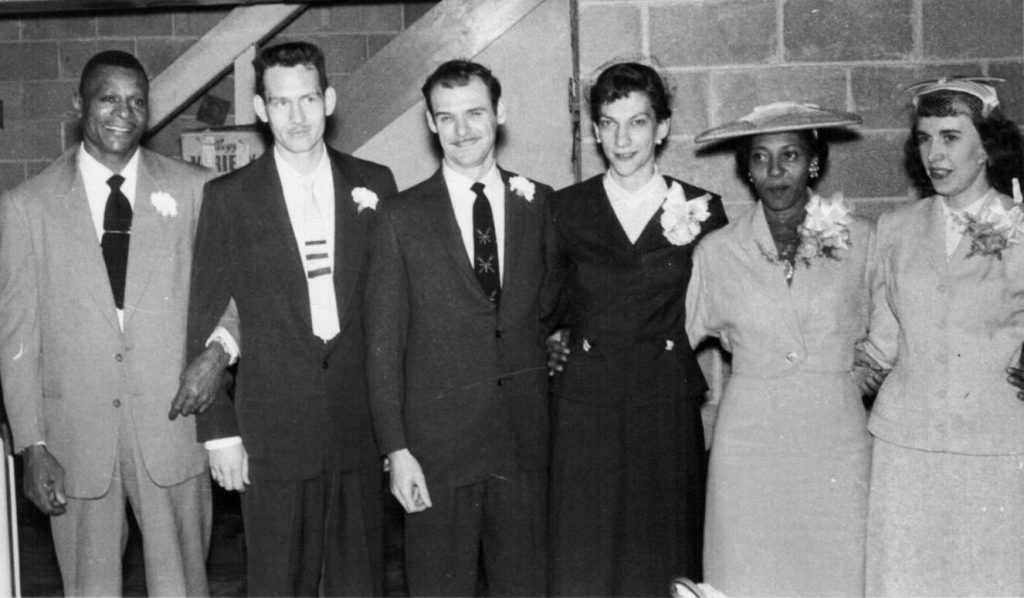 Andy and Olga at their wedding in West Virginia as other coal miners and their wives stand up for them.

My father’s name, Andy Phillips, signifies a founding member of News and Letters Committees, which was founded at the height of the McCarthy Era. To affiliate oneself with an organization founded on FREEDOM was an extremely dangerous position in 1955. To me, he was my father. We called him “The Patient One.” This was in juxtaposition to my mom, Olga Domanski, who was NOT. He had his bumps and boils, like anyone else, but to me he was an amazing father. He was brilliant, patient, caring. He was steadfast to certain principles—always on the side of labor and “minorities” in his thought, his writing, his discussions with anyone. He was also humble, and flexible (when appropriate), and an amazing father. This world is less for his loss.

It is so sad about Andy’s passing. I always felt inspired by his talks and learned something every time I met him. 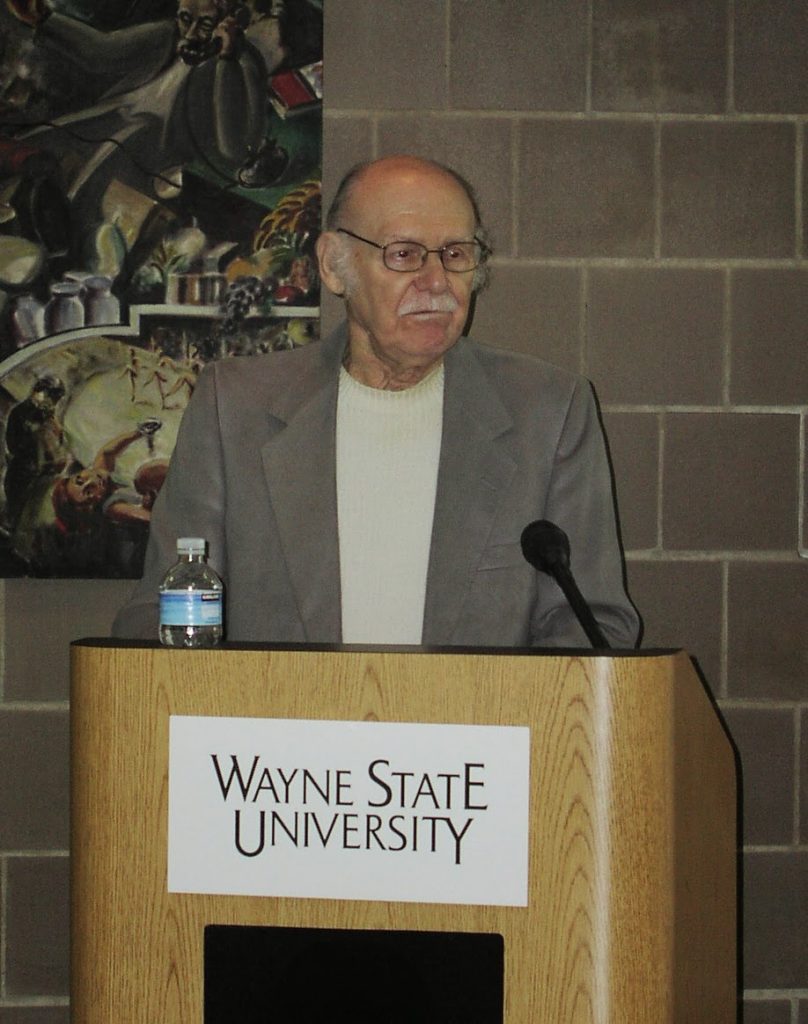 Andy Phillips is missed. His was a great voice for workers, especially mineworkers, who still face many dangerous conditions, including that their healthcare is in peril. Doctors working for mining companies deny miners suffer from pulmonary diseases. It is my hope that Andy lives on, inspiring workers to realize and demand their rights. I am hopeful of a resurgence of the organized labor movement in the U.S.

Please accept my deepest condolences on the death of our dear comrade Andy Phillips. He was a member of our proletarian greatest generation: Raya, Charles, Olga, and all the rest of the giants that we look up to in awe.

Andy embodied worker and intellectual at a crucial moment in history. He had the rare ability to bring people back to Planet Earth when discussions got too far out in the “ozone.” We shared an interest in worker safety, which we had responsibilities for. You might not get along with your co-worker but your survival depends on looking out for each other. This objective need to treat each other well offers a glimpse of what a truly human society would be like. Andy had a sly sense of humor. In the weightiest moments, if the occasion for a joke came up, he knew how to spring a good one. He wrote in a direct style and never abandoned the Slovak tongue of his childhood. He understood the multidimensionality of language is important to thought itself. We will miss this brave freedom fighter and amazing man. It was great to know him.

← From the Writings of Raya Dunayevskaya: New moments in Marx form trail to today
Readers’ Views, May-June 2018 →
This work is licensed under a Creative Commons Attribution-ShareAlike 4.0 International License