Throughout the Draft for Marxist-Humanist Perspectives (Sept.-Oct. 2021 N&L) are protests against injustices as people are reaching for freedom. Syrians and Cubans want cruel “leaders” to go away, workers want decent working conditions, including not being replaced by automation. The pandemic in the USA in particular—the only developed nation without universal healthcare—shows the dangerous flaws in our healthcare system. The intersections of race, gender and class are apparent in our age of climate damage: if you are a person of color who is also female and impoverished or living in a developing nation, your chances of being ravaged because of the damage humans have done and still do to our environment are heightened considerably. Women and girls in Afghanistan want to return to school and work while women and girls in Texas are terrified for their reproductive lives, wanting autonomy over their own bodies. (See “Afghan women pay price for U.S. hubris,” Sept.-Oct. 2021 N&L.) Capitalism is struggling to survive, it is going down. What will it be replaced by? Barbarism or a world where each can develop to her or his full potential? 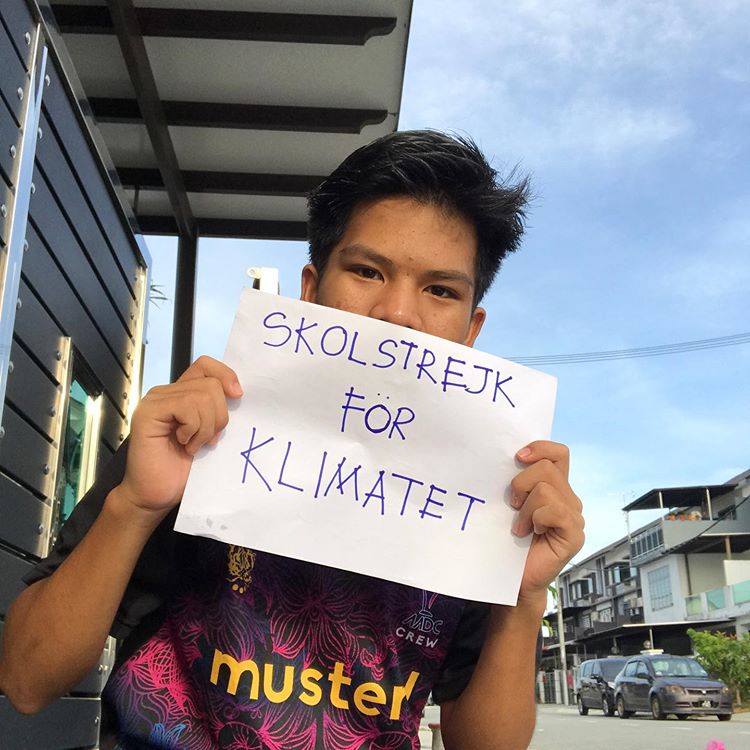 The young climate activists protesting at the COP26 climate conference in Glasgow are inspiring. Their vision for the future is so much more expansive, human and downright revolutionary than all the pompous expressions from various country leaders and their spokespersons. The transformation needed is stark. The Draft for Marxist-Humanist Perspectives in the last issue spoke profoundly to this needed change: “A human way of adapting to and mitigating climate change is possible, a way of transforming society so that most people’s lives become better, not worse; but it requires throwing off the chains of capital, not just state intervention, not just democracy, but revolutionary liberation. The administrative mentality of our age, which would make climate plans for the masses, is a barrier to liberation.” The young climate activists in Glasgow and worldwide are one of the crucial human dimensions needed to bring forth such revolutionary liberation.

Employers are squalling because they cannot get workers. Let’s see what requirements the picky employers have. Who is excluded as an employee? 1) 77 million adults who have criminal records. 2) All those millions above 65 years old. Employers only want the young, easily trained. 3) Anyone who smokes marijuana, even in states that have legal medical or personal use. Drug tests for employment qualification. 4) All those 2-3 million prisoners who could be sent out on work release. Of course, they would have to check the box on the employment application. So see #1 above. I guess the only people who are left who could possibly get hired are foreign nationals who have no record in this country, or the few people who have not yet been grabbed by the injustice system. A shrinking number each passing day. In summary, perhaps the worker shortage is not a shortage of persons willing to work but, in fact, a “problem” created by the employers themselves. Poor babies.

In the 1940s, 30-40% of U.S. workers labored in U.S. factories producing commodities. Today, only 9% work in production. The portion of workers in labor unions today in the U.S. is only 6.3% in the private sector, a huge decline from the 1940s-1950s. Low-wage union workers today, many of them migrant workers, are still fighting for a $15 minimum wage. There was a strong mass labor movement during the Great Depression, which included large contingents of Black workers. The book Indignant Heart: A Black Worker’s Journal by Charles Denby is about an Alabama sharecropper who migrated to Detroit to work in the auto industry. It is about Black and white workers uniting against the capitalist corporations.

The Idea of freely determining one’s life activity repeatedly asserts itself in relations to the environment, sexuality, oppressed minorities’ call that their “lives matter,” or everyday work life. Workers are challenging the ruling algorithms and competition with robots. The wave of strikes and a silent but massive revolt are wreaking havoc in the labor market. It’s called the Great Resignation, the rejection of workplace lives of disrespect and abuse laid bare during the pandemic. In short, there is no lack of Reason in the mass opposition to the alienating organization of life activity under capitalism.

El Milagro tortilla company in Chicago pays such low wages and forces workers to work under such harsh working conditions that they can’t find more workers willing to work for them. El Milagro is advertising jobs for $16.00 an hour, just one dollar above minimum wage. Even though this is not a just wage, it is higher than wages of workers who have been at the company for years or even decades. In response to the shortage of workers, El Milagro management is increasing the speed of the machines to dangerous levels; not authorizing sick leave; threatening to fire workers if they are late or miss one day; and, at one location, forcing some workers to work seven days a week. That is why workers have staged walkouts and protests in the last several weeks demanding higher pay, safe conditions and an end to sexual harassment of women workers. Sign a petition to support us: https://www.arisechicago.org/elmilagro.

The Women’s March in downtown Detroit Oct. 2 was a very diverse crowd of 600-plus. (See “Nationwide marches for reproductive justice,” p. 10.) We were glad to see so many young men and women along with elders reflecting Black, Brown, LGBTQ+, rural and urban. Powerful speakers touched on a diversity of reproductive and social issues prior to the two-and-a-half-mile march, which concluded with an open mike. Although the speakers and signs addressed issues like fighting for women’s freedom to bear and raise healthy, happy children and the disparity between Black and Brown women’s experience with abortion and white women’s, the march organizers did not seem to make a category of reproductive justice. We were also disappointed that we saw no mention of solidarity with the women of Afghanistan taking to the streets under the Taliban.

It isn’t just that Dave Chapelle is Transphobic, he’s also sexist and his “humor” hurts women. These things are connected. Just as white supremacists most often hate and harm women as well as hating and harming people of color and Jews, so those who are anti-LGBTQI+ hate women as well, since to be a woman to those people we would have to fit into some truncated version of what it means to be a woman or “feminine.” But where’s the uproar over that? The lack of outrage over the sexism that accompanies racism and anti-LGBTQI+ expression is a measure of how deeply sexism permeates our world.

Joe Biden must be a public relations genius with impeccable timing, or maybe it’s his Secretary of State, Winken-Blinken & Nod. Just a few weeks ago, we were watching the doomed Afghans on TV, thousands of them sprinting after USAF planes that were taking off, grabbing the wheels or other parts of the fuselage, falling to their deaths as the plane gained altitude; seeing thousands and tens of thousands of Afghans baking in the 100+ degree heat as they tried to get into Kabul’s airport, passing their babies over the wall to U.S. Marines; seeing almost 200 Afghans and 13 Marines blown to bits by an ISIS suicide bomber. (See “Afghans resist Taliban and the world,” Nov.-Dec. 2021 N&L.) All of this was in Kabul—we have no idea of what happened in the rest of the country.

Now, it seems that the Afghans have been conveniently forgotten, replaced by the narrative of the 20th anniversary of 9/11, which stresses how badly the U.S. was hurt and how much we are still hurting, and how we must honor the memory of those who died here in the good old USA. The Afghans are effectively dead and buried.

Biden, like Trump, is a master manipulator, and it is newspapers like News & Letters, which Vladimir Lenin described as “giant bellows that will blow the sparks of outrage into a conflagration that will consume capitalism,” that must call him, and the rest of his craven ilk, to account.

We Americans must point out the U.S government’s heartless betrayal of the Haitian people. The U.S. government spent trillions of dollars since World War II building nuclear weapons and waging endless wars. This enormous output of money and human energy has all been made in the name of defending freedom, democracy and human rights against more authoritarian nations. How is it possible that the U.S. has now refused to defend the freedom and human rights of just several thousand Haitians—instead forcing them to return to life-threatening conditions in their country? Clearly, a nation that is sincerely fighting for human justice and freedom all over the world would hardly object to making such a small effort defending the human rights of these endangered Haitian people.

One of the ways the reigning system is adapting to climate chaos is the turn to fascism, exploiting xenophobia with the specter of hundreds of millions of climate migrants in coming decades. The treatment of Haitians at Del Rio, Texas, gave a stark example of how the powers that be are prepared to deal with those hundreds of millions. The images of white border cops on horseback terrorizing Black Haitians recalled a horrific past that must not be allowed to become our future. It cannot be separated from the fact that Haitians have been trying to exert self-determination in their own country and thwarted time and again with the complicity of the U.S. government and even aid organizations.

WHICH SIDE ARE YOU ON?

In the category of “Which side are you on?”—many of the MAGA crowd have been feeling deprived that there could be a coup in Sudan, yet the U.S. military had not toppled Biden and installed Trump. I believe that in March Michael Flynn was calling for a Myanmar-style coup in the U.S.

I am very grateful for News & Letters, this is my go-to paper. I love it. It keeps me grounded in TRUE reality. Also, I leave with three fingers up in support of the people of Myanmar.

← Handicap This!: November-December 2021
U.S.-Mexico collusion against immigrants →
This work is licensed under a Creative Commons Attribution-ShareAlike 4.0 International License