Every week in the U.S, over 10,000 inmates are released from federal and state prisons. But nearly seven out of ten people who are released are arrested again within three years. When someone is arrested again and sent back to prison after being released, it is known as recidivism, and is a huge problem that no one really talks about. 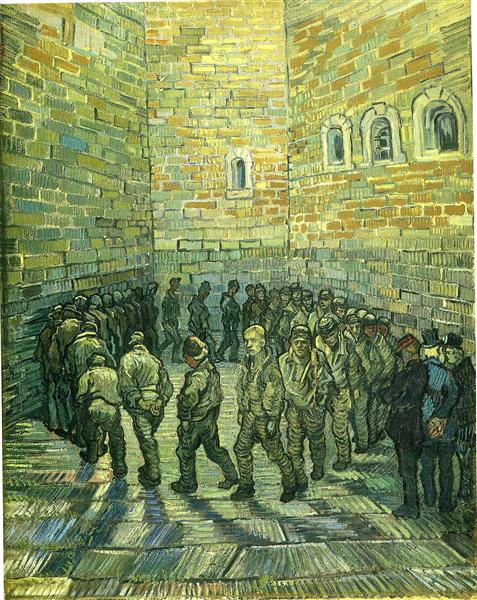 While the failure of the drug war and the problem of mass incarceration are becoming more mainstream political issues, the discussion inside prison and what causes people to return to those horrible conditions hasn’t  started. Our society has gotten so used to locking people up, throwing away the key, and forgetting about the human beings we have put into cages that it doesn’t even faze us.

Why should we care about people who can’t seem to follow the law? The failure of our prison system and the high recidivism rate is a reflection of our society, and what it says about it isn’t pretty. Recidivism is a societal problem, and it will never get better if it is never addressed.

There is a small segment of the population that should be segregated from society. People who harm another person or another person’s property, but violent criminals aren’t the issue here.

The recidivism problem lies with people who are incarcerated for non-violent crimes—especially drug offenses. The majority of the 2.3 million people in confinement are there because of nonviolent offenses, and these are often people with addiction problems and mental health issues.

For decades, harsh drug laws have led to incarceration instead of approaching the issues of mental health and addiction in helpful ways that don’t just help the offender, but society as a whole. Politicians who are “tough on crime,” instead of trying to figure out ways to prevent people from being locked up and helping them get employed, continue to be elected.

Even though it is evident that drug legalization, treatment programs, and education are a much more successful and helpful alternative compared to incarceration, these approaches continue to be ignored and society instead relies on inhumane methods of dealing with members of our society who need our help.

These aren’t just people who refuse to follow the law. Many grow up in poverty, have little education, are unemployed, and don’t have a loving support system, which leads to poor decisions that put them behind bars.

When they are released from prison, they become felons, which makes it nearly impossible to find a job or a place to live. When a person is released they have the clothes on their backs and about 20 bucks in their pocket. What would you do if that’s all you had and no place to go?

No one wants to go back to prison, and prisoners will say that they will make changes in their lives. Why do they fail? It’s because society makes it impossible for them to succeed.

First, there are the technical rules of parole. If you lose your job, don’t have transportation to keep an appointment, don’t tell your parole officer that you moved, or fail to make your payments, the parole officer can issue you a violation and send you right back to prison.

Then, there are the people who go back to prison because they are arrested again, and this happens because people don’t have the tools or support to be productive citizens. If no one will hire you, how can you support yourself? How do you get money to eat? Where do you live? How do you survive?

To see a reduction in violence and crime we need to look at the harsh drug laws and the sentences judges are handing out for these “crimes.” If we want to tackle the opioid epidemic we need to turn to treatment instead of incarceration. And, if we want to reduce recidivism, society must be willing to give people the chance to work and live without having to turn to drugs and crime to survive.

Instead of spending millions of dollars to lock people up, society should be spending that money on education and treatment. If we don’t, the revolving door that sees millions of people return to prison will never close.

–Ron Stefanski
Ron is the creator of Prisoninsight.com, which helps inmate families and friends better navigate the prison system.

One thought on “Reducing recidivism”

← Puerto Rico’s masses bring down the government
Collapse of the Radical Left in Greece →
This work is licensed under a Creative Commons Attribution-ShareAlike 4.0 International License