The concept of reproductive justice is a combination of “reproductive rights” and “social justice.” It consists of the right not to have a child, to have a child, and to parent children in safe and healthy environments. It places the denial of abortion and contraception rights into a bigger picture of government and corporate control of all aspects of reproduction. It also places reproductive rights into a human rights framework along with the right to make one’s own sexual decisions.

Ross states, “Interference with the safety and dignity of fertile and reproducing persons is a blow against their humanity—that is against their rights as human beings.”

Rickie Solinger is an historian who “focuses on the intersection of race, gender, sovereignty and class and who critiques patriarchy, white supremacy, and capitalism.” Most other historians of reproductive rights do not focus on women of color or poor women, although colonialism and white supremacy are among the main reasons the government has exerted patriarchal control of reproduction. Solinger defines reproductive justice as “what history looks like when the voices of marginalized women are centered in the lens.”

The book contains numerous examples of the U.S. government’s racist and classist purposes for reproductive
control of populations and for separating children from their mothers. These include rape and forced childbearing for enslaved African-American women and selling their children. Native American women, like African-American and poor white women, have been sterilized without their consent, and their children placed in boarding schools to be reeducated into the dominant culture. The children of poor women and single mothers have been disproportionately seized and placed into foster care. 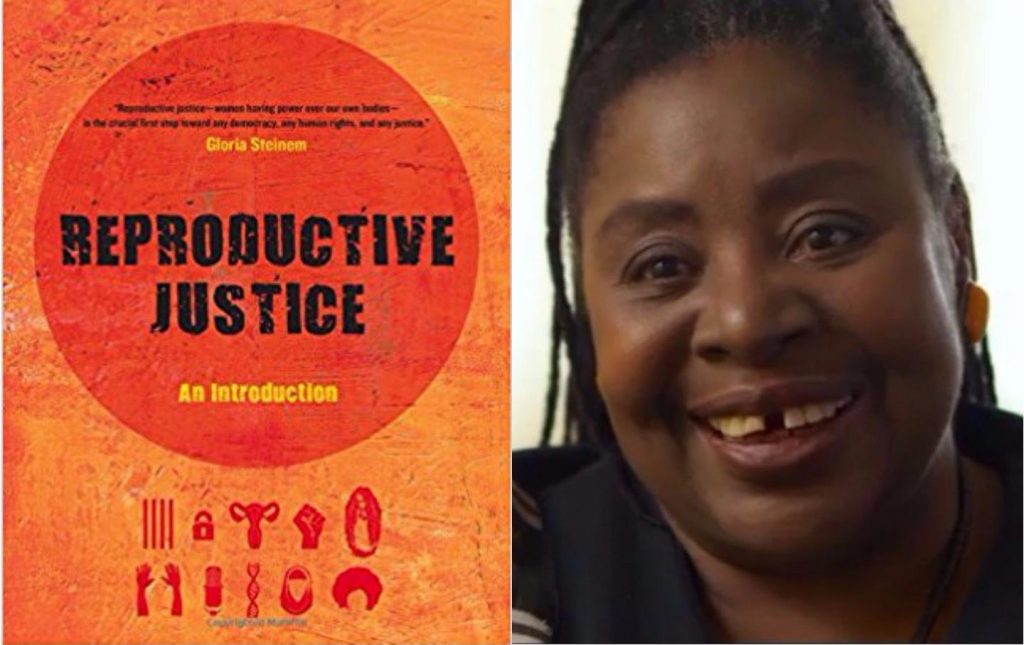 The authors wrote this book to introduce reproductive justice to a broader audience and to explain how it differs from being “pro-choice.” The use of the term “choice” is influenced by neoliberalism.

The authors describe the importance of the right to a living wage, education, healthcare, public transportation, voting rights, freedom from violence, and an environment that is not polluted with toxins. Providing for these as human rights would allow women to make reproductive decisions that are the best for their own lives and for their communities.

WHAT WE HAVE ACCOMPLISHED!

The book concludes with stories of what reproductive justice groups have accomplished. One helped transform the March for Choice into the 2004 March for Women’s Lives with a focus on reproductive rights and women of color. Others fought against attacks on abortion rights and for women’s access to HIV prevention using a human rights framework and community involvement. They have made connections between reproductive justice and racial justice movements such as Black Lives Matter.

These are only a few examples of the importance of the reproductive justice framework. This book will help activists understand the interconnections of social issues that become visible when listening to the experiences of marginalized people. This in turn strengthens social justice movements because they support each other.

One thought on “Review of ‘Reproductive Justice: An Introduction’”

← World in View: What’s next for Nicaragua?
L.A. is fighting Trump →
This work is licensed under a Creative Commons Attribution-ShareAlike 4.0 International License