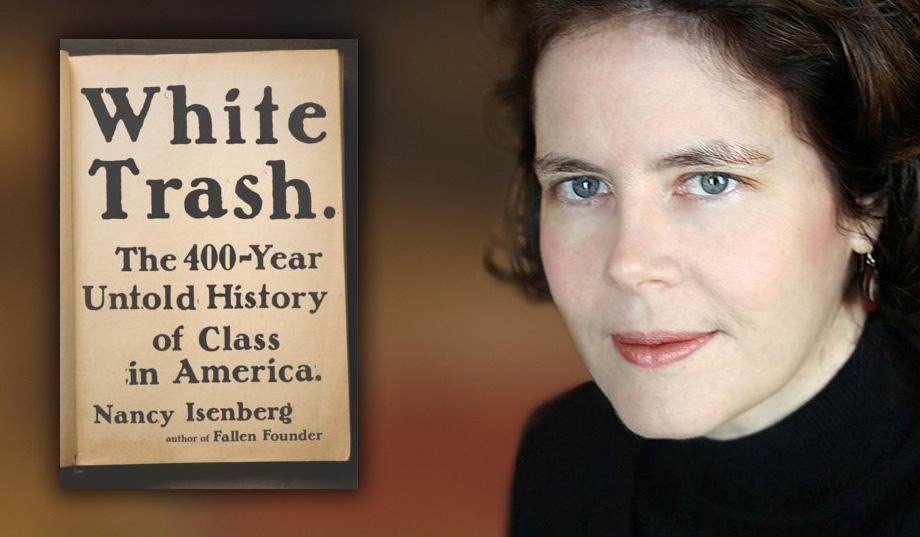 White Trash: The 400-Year Untold History of Class in America by Nancy Isenberg (Viking Press, New York), 2016, is a timely book even before the results of the Nov. 8 election made its urgency clear.

The gaping hole in our understanding of social class leads to intractable problems. There is more residue from the British past, and the American Revolution was more incomplete, than most are aware of. It was slavery and the brutal British class system—one in which land ownership determined one’s perceived human worth—that was held over from the British. In fact, slavery came into being largely because the British ruling class was unable to control rebellious English and Scottish workers.

BRITISH CONTEMPT FOR THE POOR

As Nancy Isenberg documents, the British rulers saw the English and Scottish poor as “waste people,” and the American colony not so much a land of plenty but a “wasteland,” a dumping ground for those they saw as the dregs of society. Often people were shipped to the New World as punishment for petty crimes. Once in the colonies, they had no land and were seen as “squatters,” “rubbish,” “clay-eaters,” and various words relating to sewage.

There is a wealth of material in White Trash about women’s history, relations between American Indians and settlers and the brutal conditions of children. A lot of “American heroes” fall from their pedestals in this work, including Ben Franklin, Thomas Jefferson, John Adams, Harriet Beecher Stowe and Theodore Roosevelt, to name just a few.

From Isenberg’s careful examination of history we learn that the Civil War was not only about the preservation of slavery by the landed Southern aristocracy, but was also about keeping poor whites in poverty so they could not challenge plantation owners for land or economic advancement. This was revealed in widespread resistance to the Confederacy among poor whites, which led to the formation of West Virginia and to sabotage of the Confederate war effort. The rise of Andrew Johnson was a result.

The most chilling part of this history is the preoccupation of the colonial rulers, and then the new U.S. rulers, with “breeding” and “bloodlines,” which in the early 20th century took the form of eugenics. The discussions of the Great Depression, the New Deal, and Lyndon B. Johnson and the Great Society, open possibilities for further study.

The last chapter of the book deals with cultural portrayals of poor whites. “Trailer trash” is a common post-WWII epithet. Today, many political personalities,

To order a copy of The Coal Miners’ General Strike, click here.

conservative, liberal and a few leftist, engage in some brutal denigration of poor whites. The bigoted term “white trash” is widely used, hence the title and the timeliness of this book. The epilogue speaks of the need for a new awareness of our present social reality and our past.

White Trash offers us a history that can do a great deal to end the separation of Black and white in the U.S. The mere act of mingling and listening to others offers us the possibility for new beginnings. One of the roots of Marxist-Humanism grew out of an event in Appalachia: the 1949-50 Coal Miners’ General Strike, the first strike against automation. It was there that the question emerged of “what kind of work should we, as human beings, be doing?”

White Trash: The 400-Year Untold History of Class in America can help in changing today’s grim reality and opening paths to a new human society.