The Syrian Revolution has brought forward a generation of citizen journalists who risk everything to bring the facts and ideas of the struggle to world attention. The courage it takes, and the potential cost, were measured in Raqqa in September when the Islamic State announced the execution of young woman journalist Ruqia Hassan. 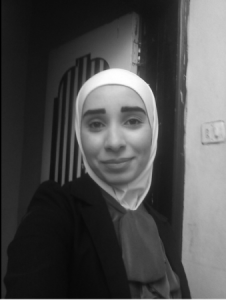 Ruqia Hassan participated in the Revolution of Freedom and Dignity from its start, and stayed in Raqqa when it was occupied by ISIS. She fearlessly documented life under fascist rule and Western air strikes. Her last words to the outside were, “I’m in Raqqa and I received death threats. When ISIS will arrest me and kill me it’s okay. They will cut my head but I have dignity. It’s better than living in humiliation.”

ISIS has executed at least three other women in Raqqa recently. Activists consider it a sign of weakness owing to combat defeats in Syria and Iraq.

← China in crisis moves to crush dissent
World In View: Venezuela’s election →
This work is licensed under a Creative Commons Attribution-ShareAlike 4.0 International License