This morning I walked down Powell Street in San Francisco, a street tourists visit that I normally don’t. It is very different from the Tenderloin, where I usually work, though only a couple blocks away. There are no homeless on Powell Street, no tents, no people sleeping in recessed doorways. On reflection, I realized that it is not so different. Everything comes down to making it easy for money to flow into the high-class businesses in that area.

I realized that it is not so different from my job, to keep the homeless away from neighborhood businesses. A mom-and-pop store has a business to feed their children. They can’t have people blocking their store entrance. Everything revolves around keeping money flowing. 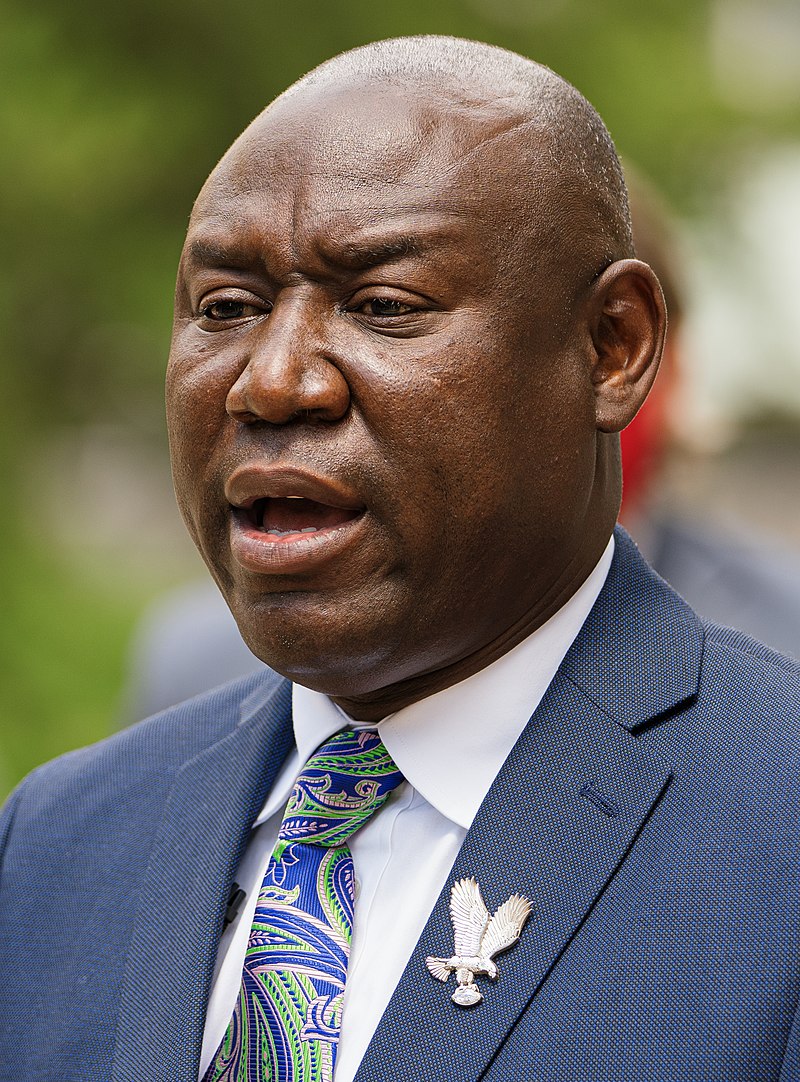 Civil is a new documentary about a champion of human rights, Benjamin Crump. It presents his life and his struggles just to do right as a human being in this chaotic world. He became a lawyer to keep his word to his grandmother to stay on the right side of the law. He is famous for filing civil suits in a variety of civil and human rights cases. He is the lawyer who won large settlements for the families of Breonna Taylor and George Floyd.

With no accountability for police killing Black and Brown people, he thought to make it financially painful. He mentions the effect Trayvon Martin’s killing had on his resolve to take these civil cases. He saw that, since there were no criminal consequences, the only language authorities could understand was financial loss. The cash nexus, both in San Francisco and in cases Mr. Crump takes, seems to trump all other relations.

Despite the fact that no one was found accountable for the police unannounced night-time terror raid and murder of Breonna Taylor, he was able to get a then-unprecedented settlement of $12 million.

He took on cases involving police killings, but also: poisoning of Black farmers by Monsanto’s Roundup weed killer; assuming a check brought by a young Black mother must be fraud; elevated lead levels in the families, especially children, of Black workers—many former prisoners—employed at the smelter in Tampa Bay, Fla., extracting lead from batteries; routinely overcharging Black patients in the medical system, etc.

He has been a focus of typical vicious slander from the Right, the media, and even from some in the Black community, that he is making it all about money. As George Jackson said, first they try to ridicule you out of existence. If that does not work, they will try assassination. Mr. Crump is getting death threats; he had to hire a bodyguard, a former prisoner.

Mr. Crump had to figure out how to cross the racial divide and, he said, to “speak white” to the jury to make them see a Black person as a human being as opposed to a criminal. George Floyd was killed in an inhumane way for supposedly passing a false $20 bill. His last words were “mama, mama…” This element of our common humanity galvanized the world, Black and white.

Crump brought out how painful it is to get to know the victims, whose families he represents, only in death, not as human beings. He stressed how important it is to prevent these cases, so he can get to know people in life, to prevent the killings. He feels he is running out of time.

In all his cases his job is to humanize the victims, to make the jury, as well as society in general, see them as human. The headline is that he won a settlement of $27 million for the family of George Floyd. Yet there is no number that can substitute for real human relations in life, not just after death.

Crump embodies the idea that came out of slavery in the phrase “a way out of no way.” As experienced by many before him, there seemed to be no way to stop the killings of Black people. By disrupting the cash flow, he hopes to make a difference.

Crump himself feels the dread that this approach doesn’t necessarily lead to the result of appreciating people’s humanity in life, not just as a result of their being killed. The ultimate solution is, of course, new human relations in everyday life.

← Apple workers unionize
Voices from the Inside Out: End life without parole →
This work is licensed under a Creative Commons Attribution-ShareAlike 4.0 International License