There surely are many groups within Venezuela who oppose both U.S. intervention—in league with the right wing and Juan Guaidó, the current head of the National Assembly—and the government of President Nicolás Maduro and his generals.

But the horrendous social, economic, political disaster that is encompassing Venezuela—some three million have fled the country, millions more are going hungry—is no excuse for phony “humanitarian intervention” by the U.S. and its cohorts, nor for President Maduro’s shooting and tear-gassing of its citizens.“Humanitarian intervention” is not humanitarian aid—both the Red Cross and the UN recognized this and refused to participate. It is a cynical political maneuver of the U.S. to bring down the Maduro government, by not (as yet!), putting troops on the ground. 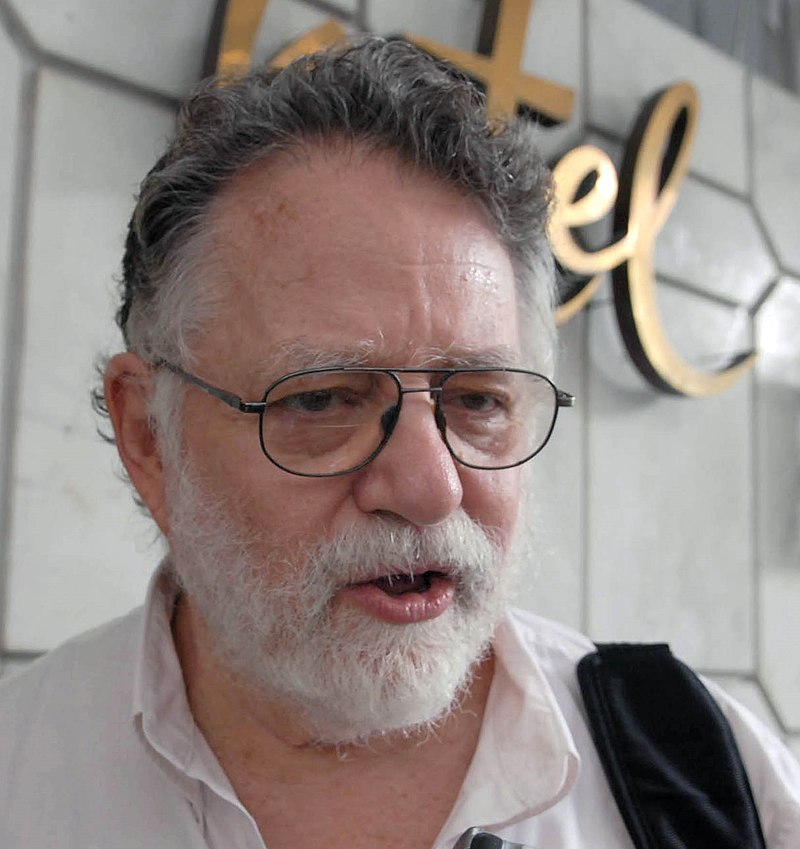 While the U.S. has contributed to the economic chaos that has engulfed Venezuela, Maduro’s corrupt regime, mismanaged economy and authoritarian rule has much in common with state-capitalism, and little to do with socialism, 21st Century or otherwise. Do we have to choose between different faces of capitalism, or is there a pathway to self-determination for Venezuela’s masses?

Edgardo Lander, a sociologist who is part of the Citizen Platform in Defense of the Constitution, is speaking out. He said recently:

“If the United States were really interested in democracy…the first thing they would have to do is stop their blockade that’s impacting the Venezuelan people enormously…There is this threat of [the U.S.] going into Venezuela no matter what….

“So, in this situation, where today, I would say, a majority of the people in Venezuela reject the Maduro government, and, on the other hand, a great majority also reject U.S. intervention, we need a negotiation that opens the way for Venezuelans to decide for themselves.”

We must oppose U.S. intervention in Venezuela, military or otherwise. U.S. imperialism has left a murderous imprint on much of Latin America. The events of January and February demonstrate a coordinated effort, led by U.S. Secretary of State Mike Pompeo and National Security Advisor John Bolton, to overthrow the Maduro regime.

These coup efforts have a history. The attempted coup against President Hugo Chávez in 2002 had U.S. approval. The Observer reported that the coup had been “given a nod” by Elliott Abrams, who had been an apologist for Salvadoran death squads and has now been appointed the Trump administration’s Special Envoy to Venezuela. He arrived by military plane in Colombia to oversee the failed, bloody “humanitarian intervention” of Feb. 23.

At the same time we cannot forget that what passed for constructing “21st Century socialism” has been a problem. Chávez wanted to break from the stranglehold of neoliberal capitalism. But the attempt to construct socialism from the top down was no substitute for a social transformation from below. Authentic movement toward the development of proletarian and peasant power was subordinate to one-man rule by Chávez as the decision-maker, although he relied on his military cohorts.

Maduro could not replace Chávez’s popularity with the masses. He lost the support of many chavistas by making his own coup against the Bolivarian Constitution that was voted in by the vast majority of the people. Initially the masses continued their support against the neoliberal Right intent on overthrow. Now the majority do not support Maduro, but neither are they for the official opposition.

The real void in Venezuela is the lack of a revolutionary vision and organization that could pose an alternative to neoliberalism and its despotic rule and to Maduro’s misrule in the name of “socialism.”

Much of the Left has vehemently attacked any criticism of the “Bolivarian” regime, hyping a fairy tale of its perfection and overlooking its support of the genocidal regime in Syria and oppressive governments in Iran, Libya and Russia. Almost all of the Left, socialist or anarchist, has failed to project ideas and organization that could provide a pole of attraction. What is urgently needed at this moment of crisis is the development of such an alternative in Venezuela.

← Presidents Day 2019 demonstration in Oakland, Calif.
Essay: What is Socialism? Socialism and a philosophy of revolution →
This work is licensed under a Creative Commons Attribution-ShareAlike 4.0 International License