Since African Americans began their transition from largely living in rural areas to predominantly urban ones, the daily harm caused by the mere presence of police in Black communities has been a consistent feature of Black urban history and, increasingly, Black suburban history. Police brutality has been a badge of inferiority and second-class citizenship when the police enforce the law disproportionately and become the agents of lawlessness and disorder. 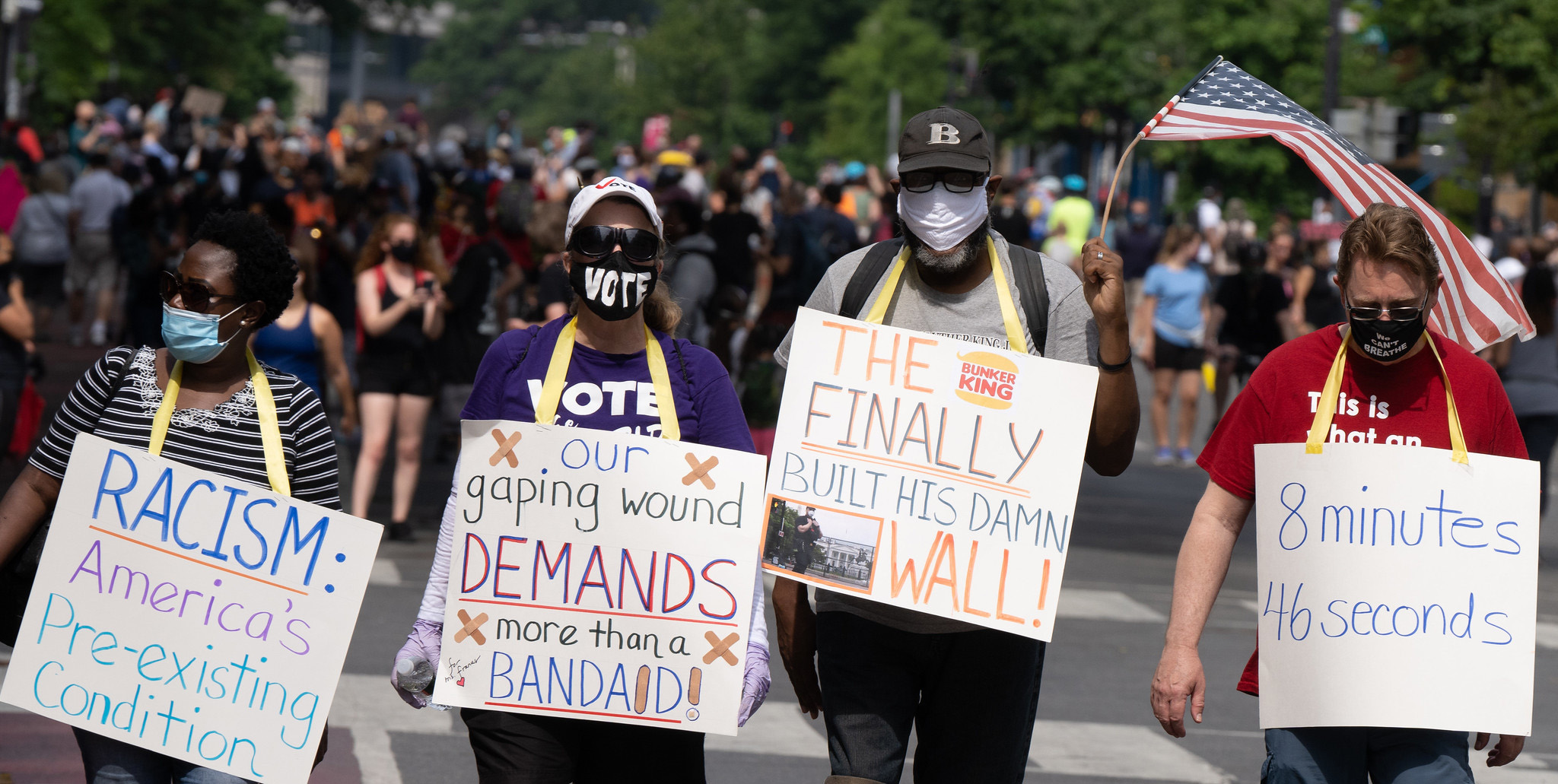 Demonstrators march against racism and police brutality in Washington, D.C., on June 6, 2020. Photo by Victoria Pickering.

It serves as a tangible reminder of the incompleteness of formal equality. You cannot truly be free when the police are able to set upon you at will, for no particular reason. It is a constant reminder of the space between freedom and “unfreedom” where the contested citizenship of African Americans is held.

The racism of the police is not the product of vitriol. It flows from their role as armed agents of the State. They function to enforce the rule of the politically powerful and the economic elite. This is why poor and working-class communities are so heavily policed.

Within these neighborhoods African Americans are focused on, even as police direct their violence against all working-class people, including whites. But the police reflect and reinforce the dominant ideology of the State that employs them, which explains why they are inherently racist and resistant to substantive reform.

Policing has remained incredibly consistent as a thoroughly racist institution trained on Black communities. The racism of the police, historically, has also overlapped with the economic needs of business and the state to create a racialized political economy that is particularly burdensome on Black communities.