On May 1, International Workers’ Day, members of the BC Women’s Alliance, a coalition of feminist groups and individuals in British Columbia, Canada, dropped banners from bridges, government buildings and other locations throughout the province reading #Women Demand Guaranteed Livable Income. The Guaranteed Livable Income (GLI) would give a livable amount to all residents of Canada, regardless of citizenship or status, without a means test or job search requirement. It would be given to individuals, not families, a crucial protection to prevent women from being trapped in abusive relationships. Feminists have fought for the GLI for decades and published an explanation, The Pictou Statement, in the Canadian Woman Studies journal in 2004. 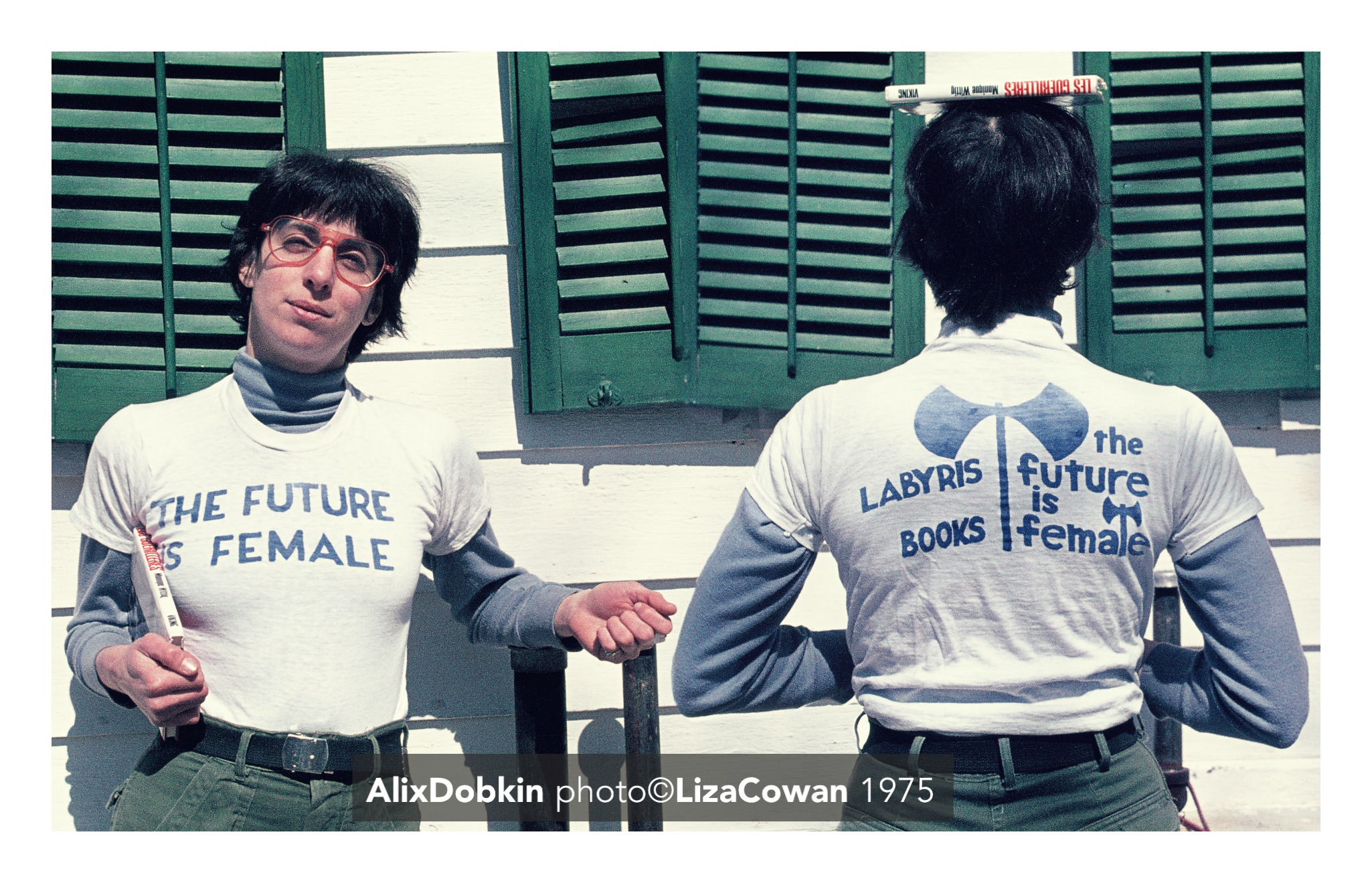 In May, Alix Dobkin, founder of the genre of Women’s Music, died at age 80. A folk singer/guitarist in the 1970s, she was part of the Women’s Liberation Movement, forming the group Lavender Jane with classical musician Kay Gardner. Deciding to write songs and perform for women, especially Lesbians, no record label would hire her, so she formed her own production company, Women’s Wax Works. In 1973, she produced the first recorded album of Lesbian music, “Lavender Jane Loves Women” with an all-woman team, including performers, sound engineer, and record pressers, gluing copies of her own illustration to the cardboard sleeves. She recorded six albums, touring U.S. feminist coffeehouses, clubs, bookstores, and music festivals and performing for women worldwide. A mother and grandmother, she was codirector of Old Lesbians Organizing for Change and wrote a memoir, My Red Blood.

The COVID-19 lockdown contributed to a worldwide increase in violence against women, including the practice of female genital mutilation (FGM), but grassroots activists are fighting back. Lucy-Ann Ganda, a director at Sierra Leone Broadcasting Corporation, uses funds from the Global Media Campaign to End FGM to train a network of 60 journalists. Their TV programs include doctors using visual aids explaining damages of FGM and survivors giving testimonies. By showing the health, social, and economic implications she says, “We have weakened the silence. Now people talk. The media is powerful—you are compelled to listen and you begin to understand and see FGM is not good.” In Somalia, Ifrah Ahmed has used her Ifrah Foundation to train over 5,000 university students, government officials, leaders of community and religious groups and 80 women in settlements for internally displaced persons. They speak out, often using personal experiences and debunking myths. She also distributes radios to receive anti-FGM programs.