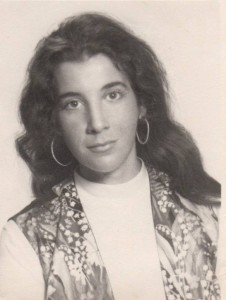 In June, Sheila Michaels, the feminist and civil rights activist who popularized the title “Ms.,” died at the age of 78. In 1961, Michaels noticed her roommate’s issue of News & Letters was addressed to “Ms. Mary Hamilton.” Michaels was inspired by a title that did not label women according to their relationships with men. When Michaels and her radical women’s group The Feminists used the term in a radio interview in 1969, Gloria Steinem chose “Ms.” as the title for a new feminist magazine, and its use became widespread.

In April, the Dutch anti-trafficking organization Free a Girl launched the School for Justice to provide funding and support to women in India who have escaped sex trafficking so they can prepare to earn bachelor’s degrees in law. Four of the 19 women have completed the program and been accepted into universities. The women aspire to “punish the men who did this to me,” and to “help others like me” use the knowledge and determination gained from their traumatic experiences to end sex trafficking.

In 2012, Nighat Dad, a feminist lawyer in Pakistan, started the Digital Rights Foundation to give women practical and legal advice to deal with online harassment. Harassers practice “sextortion” by filming themselves raping women, digitally altering women’s photographs to appear nude, or simply claiming women are prostitutes to blackmail them. They also post women’s contact information online and urge readers to kill, rape, or injure them. In Pakistan the tradition of “honor killing” led to the murder of outspoken internet commentator Qandeel Balock by her brother. Ms. Dad staffed a hotline with a team of 12 to handle the flood of 20 calls per day, and she has been successful in incarcerating blackmailers.

← ‘God Knows Where I Am’ is retrogressive
Yemeni women’s fight for freedom →
This work is licensed under a Creative Commons Attribution-ShareAlike 4.0 International License