In 1989, a teenager named Wuer Kaixi, then a university student, sat in a big chair in the “People’s Hall” at a hastily arranged meeting, shaking his finger at Premier Li Peng, reading a list of demands from students encamped at Beijing’s Tiananmen Square. Those demands from students included better dorm food and living conditions. Many of these students were the offspring of factory workers, or sons and daughters of peasant farmers.

They confronted a rigged state-capitalist system, in which only those close to the Communist Party in power thrived off the labor of the masses, at the moment that Chairman Deng Xiaoping announced a restructuring of the economy. International supporters here in the U.S. and elsewhere solidarized with the students and the young workers who unfurled the banners of the Beijing Autonomous Workers Federation in Tiananmen Square as they sang “We Shall Overcome” and the revolutionary workers’ song “The Internationale.”

Self-activity was also very prominent where I started working only a few years earlier at Kaiser. We were fighting against the two-tier wage system proposed by management. All of us never felt more alive.

The continuous miner that threw thousands of actual miners out of work and into poverty.

Support for our picket lines against Kaiser came from workers in many other unions and professions. It reminded me of labor solidarity in past strikes, like the caravans of supplies that workers from as far away as Detroit organized to support the 1949-50 Coal Miners’ General Strike in West Virginia against introduction of the continuous miner.

Our fight against two-tier wages in my shop was a key moment in my life. Self-activity was the essential philosophic concrete. Taking matters into our own hands (and feet), we relied on no one else to “fight for us.” We felt we were taking our lives back through our own concrete struggle, our direct confrontation, with the negative. It was an idea whose time had come.

But then our picket lines confronting management were superseded by a top-down Labor-Management Partnership of management and top executives at SEIU, for us ushering in the era of restructuring.

That idea of self-activity in struggle refuses to die. Chinese workers continue to strike all across the country. (See “China on strike” on this page.) Hong Kong youth continue the flames of Tiananmen Square with the Umbrella Revolution.

Here in the U.S., youth have taken this election season as the opportunity to continue the grassroots political revolution begun by the Occupy Movement and Black Lives Matter. The immigrant workers’ rights movement and the Fight for $15 minimum wage movement are good examples.  SEIU wants to take credit for Fight for $15, as if they’re “fighting for us.” But the truth is that workers’ self-activity achieved those gains.

Robert Reich, former Labor Secretary under Bill Clinton, calls Bernie Sanders “the most qualified candidate to create the political system we should have, 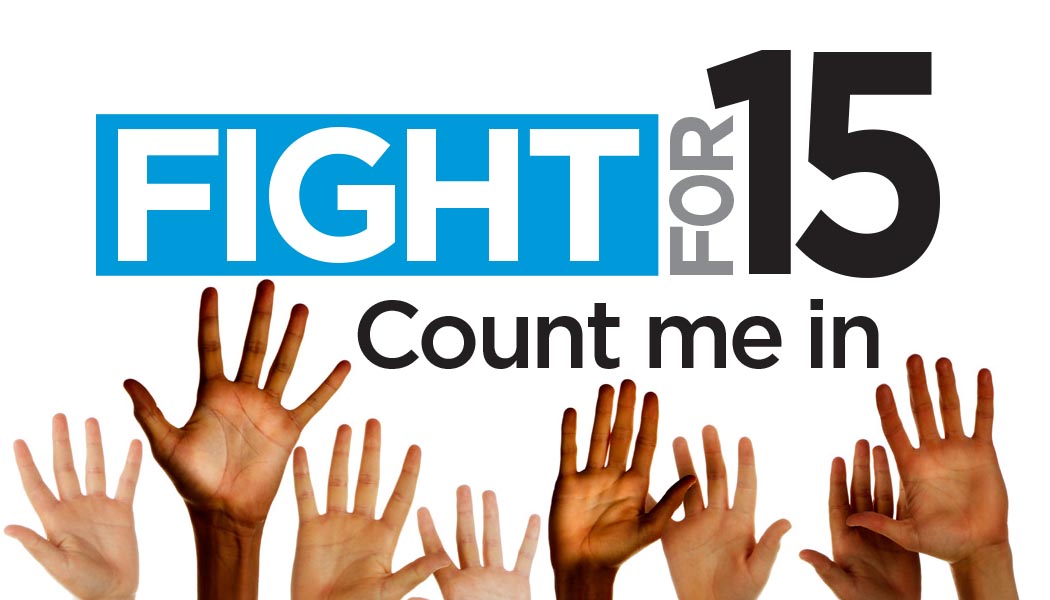 because he’s leading a political movement for change.” Granted, there is something which cannot be ignored when 85% of the youth and new voters are flocking to a campaign that they see as a grassroots political revolution to expand democracy.

Having said that, I would like to ask Reich, author of Saving Capitalism: For the Many, Not the Few: At this juncture, is a “political revolution” to “save” capitalism what we need? Is a focus on economic distribution and forms of remuneration under current bounds adequate or appropriate for our times? Has capitalism ever been, will it ever be, “for the many, not the few”?

I would like my questions for Reich to challenge the youth as well. Is a political revolution enough? What does a revolution in philosophy mean to you? Are you ready for a new continent of thought? What is the objectivity of alienation in our daily lives?

Only we can help ourselves overcome that self-alienation—no one else can.

← Voices From The Inside Out: Criminal Prisons
World in View: Refugee crisis measures world’s inhumanity →
This work is licensed under a Creative Commons Attribution-ShareAlike 4.0 International License