The Far Right threatens to make significant gains in the European Parliament elections this May—some say they may gain up to a quarter or more of the seats in Brussels, enough to change the dynamic of the European Union. This was the spur to a group of 30 prominent intellectuals and artists to publish an open letter, “Fight for Europe—or the wreckers will destroy it.”

In their letter, drafted by French philosopher Bernard-Henri Levy, they make this urgent but rather too vague declaration: “Unless something changes; unless something comes along to turn back the rising, swelling, insistent tide; unless a new spirit of resistance emerges, these elections promise to be the most calamitous that we have known.”

THE ROOTS OF REACTION 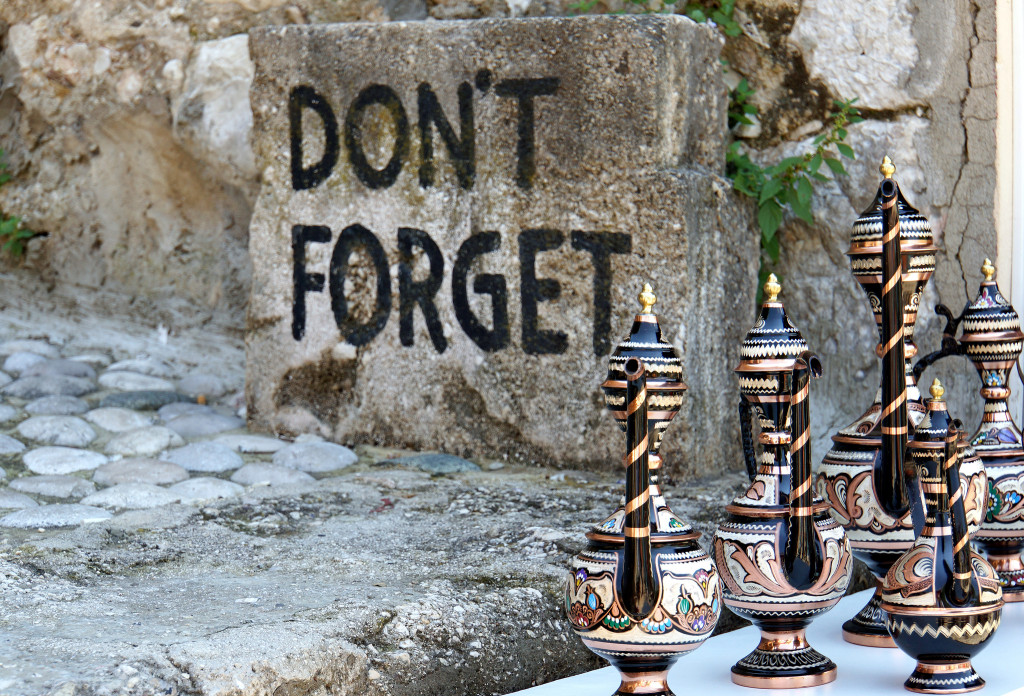 One of several monuments in Mostar, Bosnia, in remembrance of the horrors of war. Photo: Dennis Garvis https://www.flickr.com/photos/archer10/10481408215/

That “something” begs many questions, not least: What is the root of Europe’s current crisis? It surely isn’t enough to call upon an “idea of Europe” without specifying the content of that idea, including the negativity, the self-critique, that could give it life and power.

The Far Right has articulated its own critique of the current European Union. Italy’s Deputy Prime Minister Matteo Salvini has said, “The elections will be a referendum between the Europe of the elites, of banks, of finance, of immigration and precarious work; and the Europe of people and labor. Our project consists in creating an international alliance of populists, which for me is a compliment.”

It is obscene that Salvini makes an amalgam of banks and the desperate immigrants who have fled war and oppressive regimes, and then presents both as the despised “Other” to European workers. Take away the immigrants—as Salvini and his neofascist colleagues fully intend to do—and this racist logic reveals itself as the old formula for the rule of capital over labor. 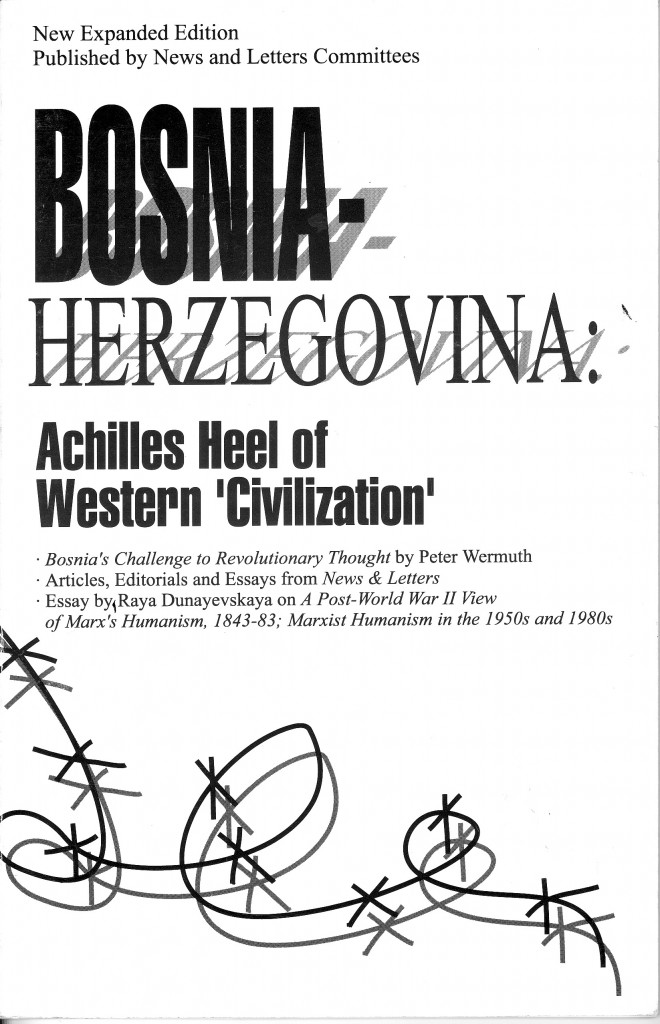 Contains: Raya Dunayevskaya’s “A Post-World War II View of Marx’s Humanism, 1843-83; Marxist Humanism in the 1950s and 1980s as well as articles, editorials and essays from News & Letters. To order, click here.

These reactionary forces must be defeated. They have grown on the fields of genocide, and they will bring the seeds of world war with them into the halls of power.

For those of us who have fought this threat as it developed over the decades since 1989, it is deeply moving to see the name of Bosnian poet Abdulah Sidran as a signatory to the open letter. We remember and honor him for the defense of multi-ethnic Sarajevo against fascism.

It was that struggle that prefigures this moment, as we always knew that it would—it is why we saw Bosnia as more than just a political event, but as a philosophic category necessary for understanding reality.

WHAT HAS TO BE SEEN

In 1995, while under fascist siege, Sidran wrote: “I am in a state of permanent disappointment with the West. There is a quality of evil here that has to be seen. Bosnia is like planet Earth. If Bosnia is senseless, then the planet is senseless too.”

The failure of European intellectuals and politicos to comprehend the meaning of the Bosnian struggle has given the Far Right much of its power. The intellectuals sadly repeated this failure in regard to the Syrian Revolution.

In truth, there has never been an innocent Europe. The reality of colonialism, racism, and genocide has always co-existed with its civilization.

What inheres within the “idea of Europe” that can destroy fascism as idea and reality is the humanism that became its internal critique, Marx’s humanism, its innermost, most objective moment of life and spirit through which freedom exists.

← World in View: Trump-Kim summit
People of Taiwan wary of China’s reach →
This work is licensed under a Creative Commons Attribution-ShareAlike 4.0 International License