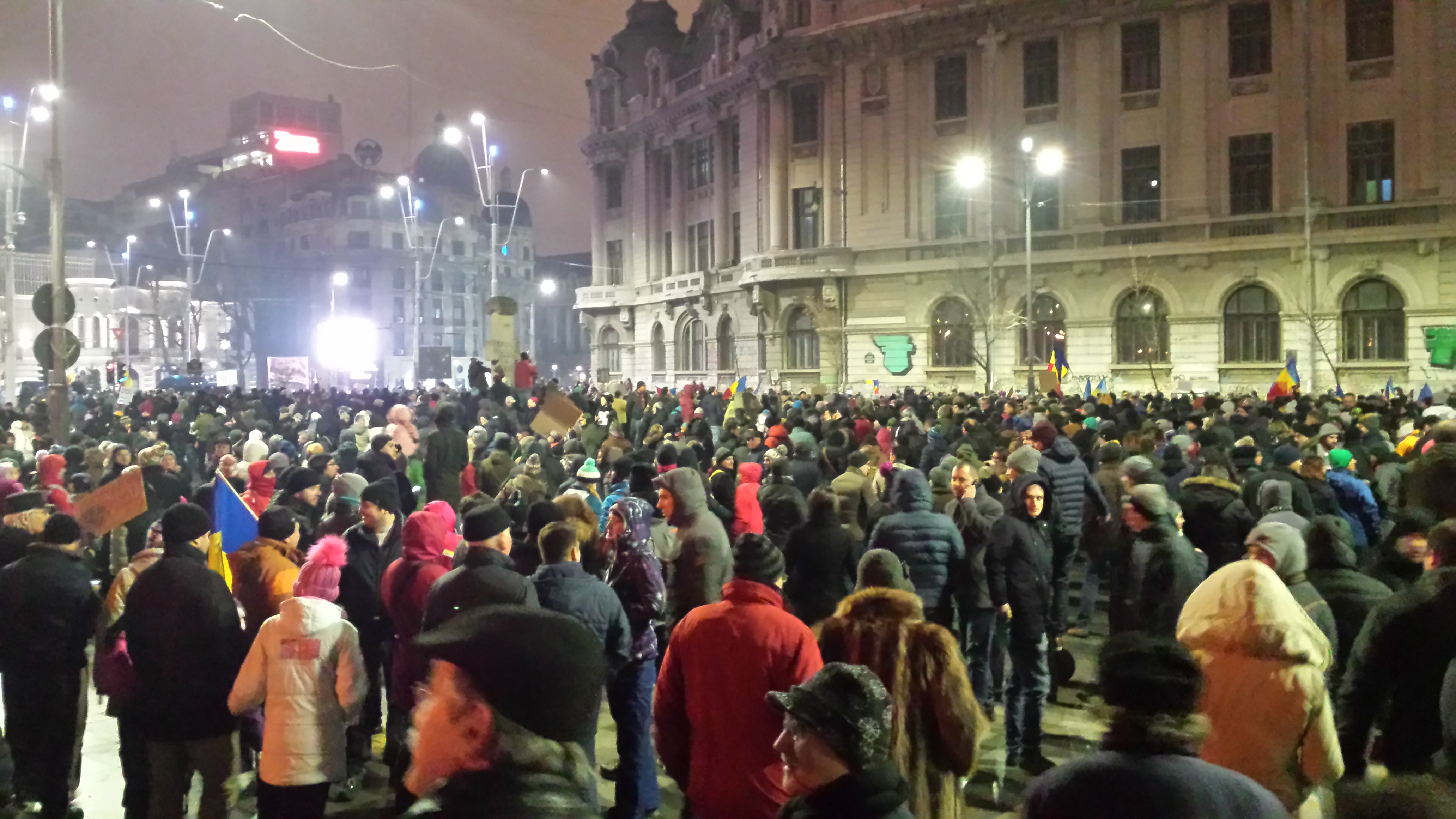 In February, Romanians by the hundreds of thousands took to the streets in protest against the Social Democratic government’s new law that sought to grant immunity to government officials accused of corruption. The government was forced to back down and void the law, but demonstrations have continued, some involving tens of thousands, demanding the government resign.

Romania, with a bitter 20th century history—allied with Hitler’s Germany, then dominated by Russia after World War II, and finally enduring decades of Nicolae Ceausescu’s Communist dictatorship, which was overthrown in 1989—has undergone numerous changes in government in the last decades.

Romanians are using theater, poetry, public readings of protest literature, and humor to express their demands for change. Perhaps this signals the birth of an ongoing movement.