Sweltering Massey High School students in West Auckland, New Zealand, recently launched a revolt over the school’s new uniform, which requires students to wear ties and blazers and long pants year round. An online petition on change.org calling for the board of trustees to bring back a summer uniform had almost 600 signatures in only six hours signed by students and parents alike. The student behind the petition wrote that the uniform was not suitable for Auckland’s humid, hot summer weather: “Sweating profusely, or just plain distracted by the heat—these things stop us achieving our educational potential.” 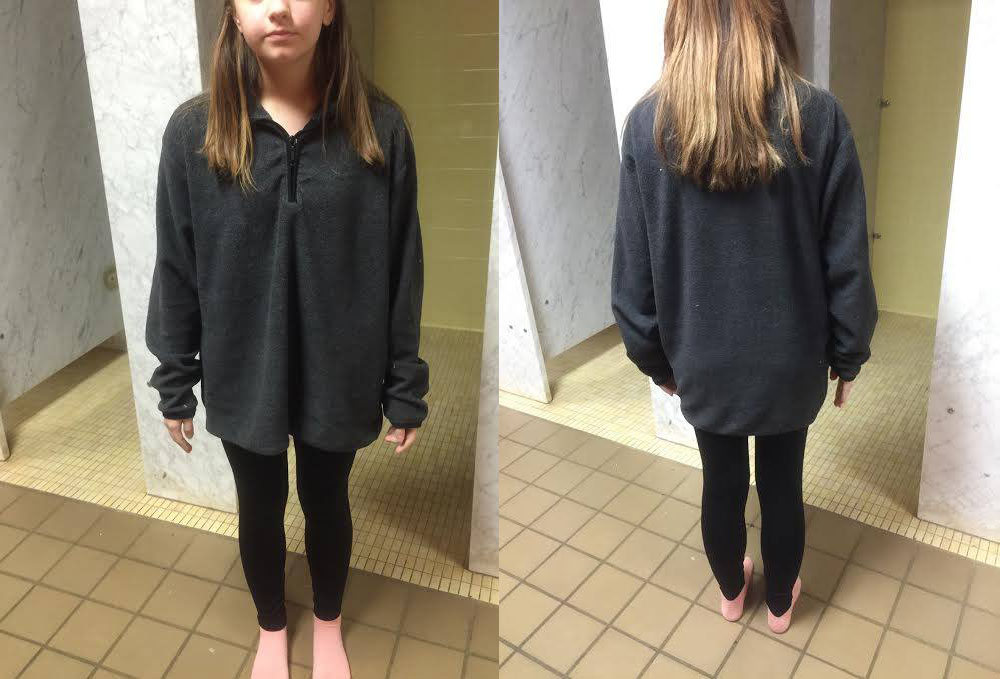 The outfit worn by Josephina Thompson when she was not allowed to got to class for supposedly violating the schools dress code. Photo: Deanna Wolf.

At the end of August, 82 male and female students at Grissom High School in Huntsville, Alabama, defied the Huntsville City Schools’ dress code by wearing leggings, jeans with holes along the thigh, and tank tops in a “Stand Against the Dress Code” action. Josephina Thompson was pulled out of class and sent to an in-school suspension room for wearing leggings and a baggy sweatshirt. She wrote on Facebook: “This isn’t JUST about dress code anymore, this is about my rights as a female,” including her Title IX rights to an equal education. One woman student pointed out, “The distraction excuse is overused.… This is promoting rape culture and is setting us back 40 years in feminism where saying what a girl wears validates rape or whatever happens to her, as if clothing means anything about character.” Students are demanding that the dress code not be enforced in a way that singles out and punishes girls. As Thompson noted: “Gotta love feminism. I’m looking to start a revolution here, everyone is welcome to join.”

A seventh grader in Vandalia, Ohio, threatened to shoot a Muslim boy on the bus ride home, calling him a “towel head,” a “terrorist,” and “the son of ISIS.”

A sixth-grade girl wearing a hijab in the Bronx was reportedly punched by three boys who called her “ISIS.”

A 2014 survey by the Council on American Islamic Relations found that 52% of Muslim students in California reported being the target of verbal abuse, double the number of students who report being bullied based on gender and race nationwide.

One in five Muslim students in California experienced discrimination by a teacher or an administrator.

Of all the kids who were harassed, only 42% said reporting the problem to an adult made a difference.

Even in the progressive Bay Area, a 2012 survey of high school students by the Arab Resource and Organizing Center found that 45% of them heard racist remarks about Arabs in their classrooms.