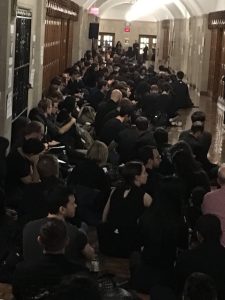 Yale Law students sit in on Sept. 24, 2018, to protest the nomination of Brett Kavanaugh to the U.S. Supreme Court.

Half of the student body at Yale Law School held a sit-down strike in university hallways and refused to go to class on Sept. 24. They were protesting the Republican Party’s expedited confirmation of Supreme Court nominee and Yale alumnus Brett Kavanaugh. The strike was called as a Sept. 20 organizing meeting about Kavanaugh evolved into a discussion of the law school’s overall culture of silence and its possible complicity in referring students to become clerks for predatory federal appeals court judges. One such judge resigned last year after a dozen women spoke out against him. As for Kavanaugh himself, female students quoted in The Guardian spoke of discreet remarks by two Yale professors—one of whom has since been suspended—that you needed to have a “certain look” to work for the judge, and “it’s no accident his female clerks look like models.”

In Australia, where six new solar panels are installed every minute, fossil fuels lobbyists have insisted that “excessively generous” subsidies for individuals be scrapped. Better to go forward with plans to open a new coal mine on indigenous land which overlooks the Great Barrier Reef. Three eighth-graders have refused to go to school over the mine. In a statement explaining their strike, the girls showed concern for those younger than themselves: “We feel sorry for the future generations who don’t even get a say in the world that we’re creating, who will have to deal with even more extreme weather, who will never get to see the Great Barrier Reef and other threatened icons and species. Why are our politicians allowed to take this away from any child? What’s the point of learning facts at school if people in power ignore them? We have to know that we will have a livable planet before we can get excited about our future careers.” 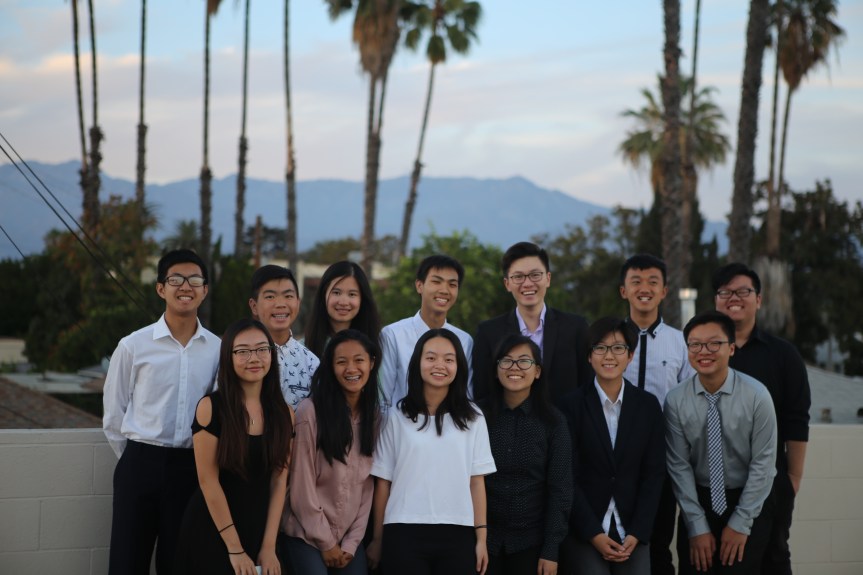 Alhambra Unified School District high school students campaigning for the voting age in their school board elections to be lowered to 16 to allow students to vote. Photo: Vote at 16 SGV.

High schoolers in a school district that encompasses Alhambra, Monterey Park, and San Gabriel, Calif. have joined together to form a campaign called Vote at 16-San Gabriel Valley. They met while developing a school program, with help from the Asian Pacific Islander Forward Movement, to monitor air pollution on their campuses which lie along Interstate 10. Lukewarm, sluggish support from school administrators and the current school board drove the students to propose local legislation authorizing youth aged 16-18 to vote in school board elections. After attending school board meetings en masse, they summoned 2018 board candidates to a student-moderated public community town hall, which was followed by a mock election on Oct. 1. Seeking engagement with voters, the students also canvassed at nearby farmers’ markets.