From the July-August issue of News & Letters

Georgetown University recently announced that it will sell endowment holdings in coal companies. University President John J. DeGioia stated: “The work of understanding and responding to the demands of climate change is urgent and complex.” However, the university’s board noted that only an “insubstantial portion” of the $1.5 billion endowment is invested in coal companies. GU Fossil Free, the student group pressuring Georgetown to divest its oil, gas and coal stocks, responded: “It is evident that the university made its decisions for mostly financial and public relations reasons. If the board had made their decision for principally moral reasons, then they would have supported full divestment.” GU Fossil Free will continue the struggle.

A new report in the Index on Censorship, “Fired, Threatened, Imprisoned: is academic freedom being eroded?” looks into the state of academic freedom today. It takes up governmental, economic and social threats against students, teachers and other academics worldwide. It doesn’t spare Western powers like the U.S. and UK, where, it charges, the label of extremism is being used to stop debate. The report also has a chapter on “girls standing up for education,” written by young women from Nigeria, Uganda, and Pakistan. 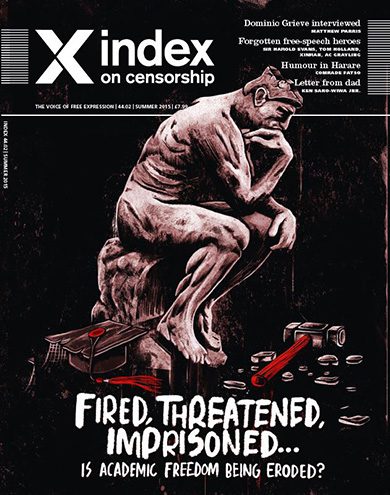 ← Letter from Mexico: The Zapatistas and Critical Thought
Mass march to keep ‘oil in the soil’ →
This work is licensed under a Creative Commons Attribution-ShareAlike 4.0 International License