On June 4, the anniversary of the 1989 crackdown on student demonstrators in Tiananmen Square, thousands of Chinese students began protesting against a government plan to merge private colleges with vocational schools. By June 7, over 1,000 students at Nanjing Normal University had occupied a large lecture hall for 30 hours until they were attacked by police with batons and pepper spray. Following this incident, the education department of Jiangsu province (where Nanjing is located) suspended the merger plan for an unspecified period. After years of paying a premium in tuition, the private college students face a likely downgrade of their future degrees which would effectively hold them in the state-capitalist blue-collar labor market they had been trying to transcend.

Rural youth in eSwatini (formerly Swaziland) demonstrated on June 19 for the right of the people to vote for their own prime minister, a post which has been appointed by the monarchy since 2005. Police fired stun grenades and live bullets when the young protesters blocked a road in the town of Manzini. One protester, Melusi Dlamini, told Agence France-Presse: “We demand multi-party democracy now.” Residents in rural areas are thought to be more supportive of the king than in cities, but relations soured when the unelected government reneged on a promise to transfer ownership of land to farmers who have cultivated it for the past 20 years.

In addition to Paxton Smith of Dallas (see “Abortion rights at crossroads,” p. 2), some other examples of 2021 high school graduates standing up include:
Salutatorian Rachel Cheng of Davie, Fla., made use of her time by enlightening the audience about the bullying she suffered as a Chinese-American student during the coronavirus pandemic. She went on: “to anyone else that is part of a marginalized community or has faced discrimination of any kind, whether it be anti-Semitism, Islamophobia, sexism, racism, or any other discrimination, I applaud you for getting here today.” A subsequent bullying campaign by online trolls got her kicked off Instagram until she was reinstated amidst an online petition drive.

Ever Lopez was the first of his family to graduate high school in Asheboro, N.C., and wore the flag of Mexico over his graduation 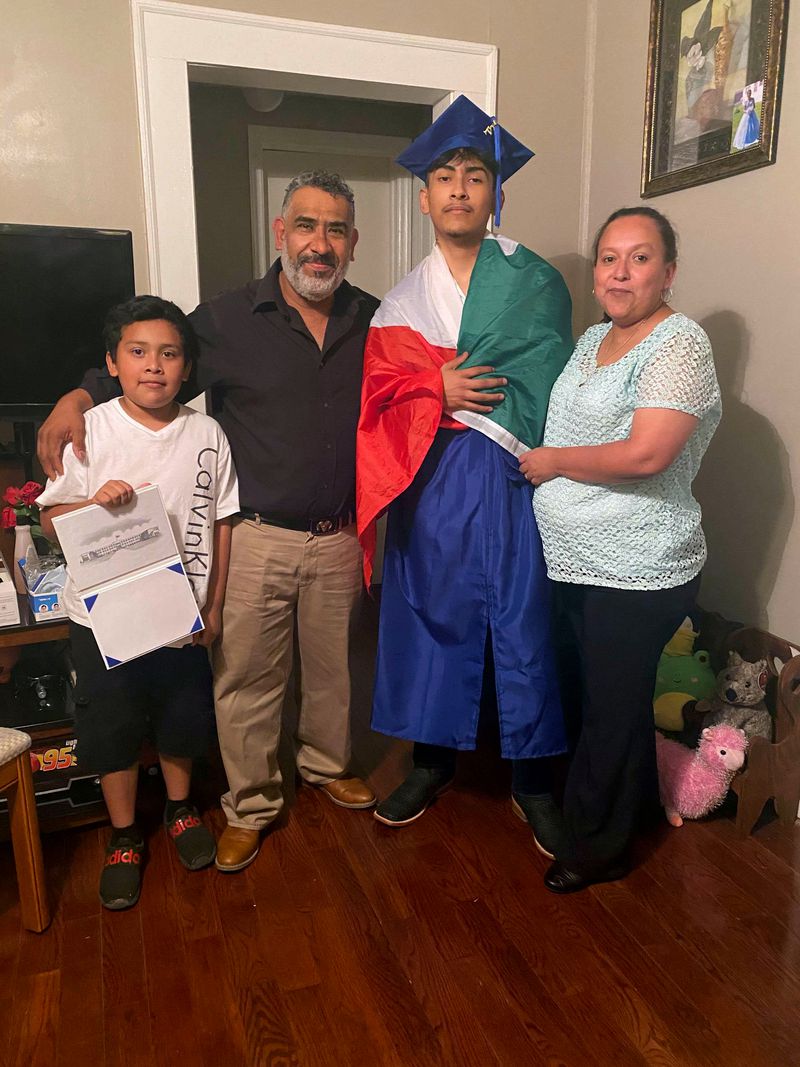 Ever Lopez with his family.

gown. Administrators then withheld his diploma, and Lopez walked off the stage with an empty folder. On the Friday and Monday after graduation, Ever’s classmates held rallies to support him in front of their school, which finally released the diploma on Monday, June 8.

Southwest Edgecombe High School senior class president Marvin Wright in Pinetops, N.C., was approached on the morning of graduation by his principal, who handed him a very generic, five-sentence speech to read. Instead, Wright delivered the speech he stayed up all night to compose. “I felt robbed of a chance to say my own words.” His diploma was withheld until the following Sunday.

← Peru: Election conflict during COVID
China out of Burma, support revolution! →
This work is licensed under a Creative Commons Attribution-ShareAlike 4.0 International License