Demonstrators in the Dominican Republic on Feb. 27, 2020, at La Plaza de la Bandera in Santo Domingo held a huge rally against the lack of transparency in the electoral process. Photo by Tatiana Fernández Geara/Latino Rebels

Ten thousand Dominican-American youth and supporters took to the streets of New York City on Feb. 22, after congressional elections in the Dominican Republic were suspended. Polls had closed Feb. 16 after four hours of voting because of glitches with electronic ballots that did not list opposition candidates. New York organizer Isabel Cristina told NBC that the march was supporting “real heroes protesting in the Dominican Republic despite being targeted by ultranationalists, the national police and, in some cases, even their own family members.” Widespread protests in Santo Domingo started Feb. 17, lasting more than two weeks, and were attacked with tear gas. Then the Organization of American States intervened to audit the voting machines and to monitor a repeat election held without incident on March 15. 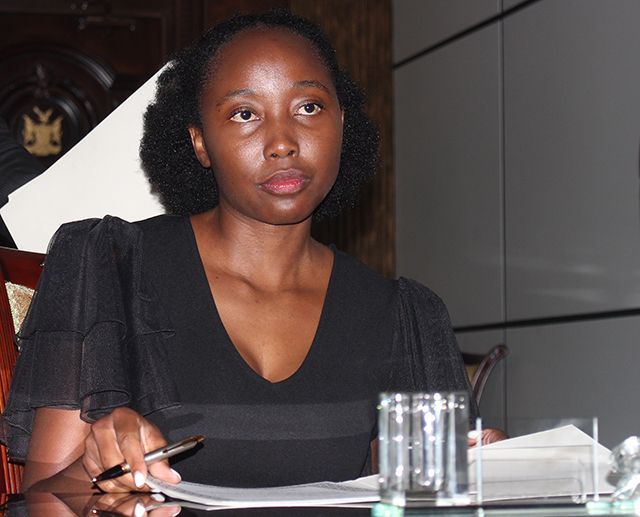 Emma Theofelus, a 23-year-old lawyer and activist, set a record as Namibia’s youngest cabinet member when appointed as Deputy Minister of Information and Communications Technology, just as citizens were beginning to show symptoms of COVID-19 in mid-March. The Guardian paraphrased her description of the job: “giving real-time information about coronavirus to the media and the public, while thwarting fake news.” Despite being a long-time advocate of child welfare and government transparency, she attracted criticism from some old politicians. “Anything I set myself to and any environment I want to work into, I can do it; so the issue of inexperience does not hold water. I will bank on the experience I have, but I am also willing to take advice and guidance from those that have been there before me,” she told African Newspage.

Sudanese dancers, DJs, and musicians are freely practicing their professions and performing in public after a popular women’s and youth movement successfully toppled the regime of Omar al-Bashir and its “morality police.” Music student Somia Abd Elhay told the news site Above Whispers: “We understand that change won’t happen tomorrow because of the revolution. It will take time, but what’s new after the revolution is that there is hope and that things can change, and it is in our hands to change the things we see as wrong.” Sudan is now governed by a tenuous power-sharing council, which is dominated by a military junta.