San Francisco—On Sept. 8 over 30,000 came out for the Rise for Climate, Jobs and Justice, which had counterparts worldwide. Indigenous groups, who came from as far away as Hawaii and the Amazon rainforest in Ecuador, led the march. There were dozens of groups from the Sierra Club and 350.org to labor unions and ecosocialists. Signs like “There is no planet B” and “Extinction is forever” expressed the depth of concerns over the totality of the growing ecological crisis. 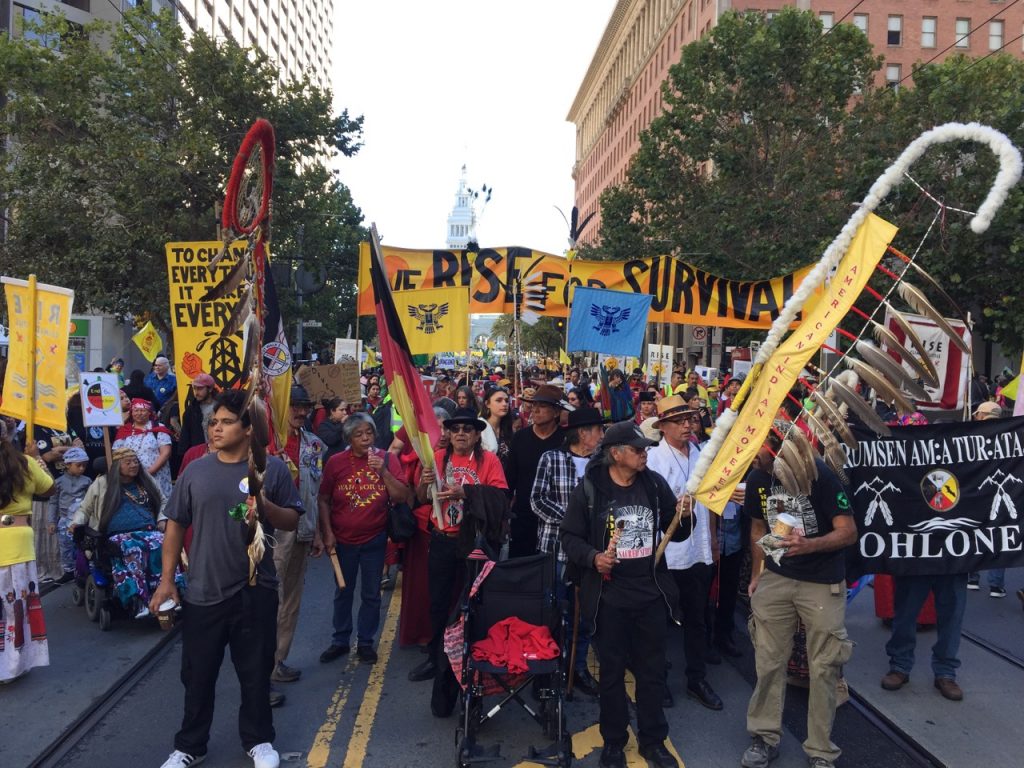 There’s been an ever-present, palpable reminder in California’s smoke-filled air for the past month—air whose effect on breathing seems worse than the soot-filled air, which I remember as a kid, belched from now closed manufacturing plants in the Midwest.

California is burning and every year is pronounced as the “new normal.” Last year 1.4 million acres of forest burned. Though only the beginning of fire season, already 1.2 million acres have burA,,ned. As native Hawaiian Sheridan Noelani Enomoto put it: “The health of the land reflects the health of the people, and right now we’re not in a good place.”

The march occurred four days before thousands of well-known environmental activists, along with elites and political leaders like Al Gore and George Shultz, came to a Global Climate Action Summit called by Governor Jerry Brown to counter President Trump’s withdrawal from the Paris climate agreement. Marchers know the Paris Agreement was woefully inadequate. We’re confronting Governor Brown over his inability to stop the expanded extraction of fossil fuels in California, including earthquake-inducing and groundwater-polluting fracking.

Speeches and discussions on the street indicated that marchers were looking for much deeper answers, not alone to Trump but to capitalists’ hold on the whole political process, chanting “What time is it? It is time to rise.” This was the latest mass march against Trumpism and the drift of global capitalism in crisis into its most deleterious practices of total war, genocidal ethnic hatred, as well as destroying the environment.

← Voices from the inside out: The need for unity
Thousands of Mexican students STRIKE! →
This work is licensed under a Creative Commons Attribution-ShareAlike 4.0 International License