Well over 3,000 women and men overran downtown Federal Plaza in Chicago, spilling into the streets demanding abortion rights and castigating a U.S. Supreme Court whose legitimacy is no longer recognized by the citizens it oppresses. 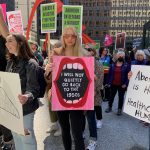 With the gutting of Roe v. Wade, the Supreme Court has taken away a human right and stripped bodily autonomy from half the population. It reveals a giant step towards fascism. What is the answer to such an outrage? It is not the Democratic Party, who couldn’t even rid us of the Hyde Amendment.

Colombia’s first leftist vice president, Francia Marquez Mina, has told her story and the struggles of Afro-Colombians in the pages of News & Letters. 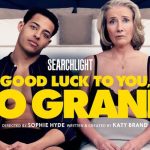 Review of ‘Good Luck to You, Leo Grande,’ states that it missed a great chance to be political in a meaningful way. Writer Katy Brand left out the hard part, creating characters who live in a safe world that doesn’t exist. You can’t comprehend prostitution, sex work and sex workers without talking about capitalism and how it alienates and destroys human relationships. 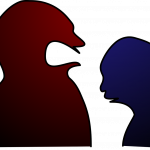 The hell of normalized domestic violence

Catholicism, “traditional family life,” silencing of women, combine to make life a “living hell” for many and reveal how the normalizing of domestic violence wars against the Universal of Freedom. 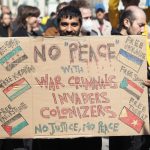 Russian invasion and Ukrainian resistance shake up the world

May 15, 2022
Russia's invasion of Ukraine and the resistance to it are shaking up the world and revealing the ideological pollution of society, including of the...
... Read more

May 17, 2022
Having control over what happens to your own body is the difference between fascism and freedom. A woman's right to control her own body is...
... Read more 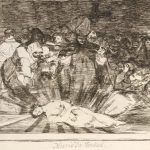 From the Writings of Raya Dunayevskaya: Hegel’s Third Attitude today

May 18, 2022
Thought disjointed from objective truth is running amok today—even including self-described Marxists who oppose self-determination of Ukraine and side with Putin, the avowed enemy of...
... Read more

May 19, 2022
A massive citizens’ revolt is taking place in Sri Lanka. It is focused against the authoritarian President Gotabaya Rajapaksa and his family members, who occupy...
... Read more 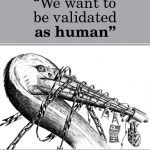 
Commemorating the 10th anniversary of the historic prison hunger strikes that ended California’s permanent solitary confinement, Faruq and Urszula Wislanka give a retrospective/perspective on our...
... Read more 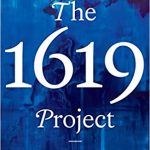 May 14, 2022
'The 1619 Project' tackles U.S. history since the first enslaved Africans were brought to Virginia—from multiple perspectives. Each essay is grounded in original sources, scholarly...
... Read more 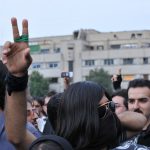 What tyrants fear the most: revolution

May 19, 2022
Like repression in Iran, the war against Ukraine is, more than anything else, understandable on the basis of fear of revolution and the overthrow of...
... Read more

May 20, 2022
On April 24, Emmanuel Macron won a second five-year term as president of France. The rise of right-wing politicians posing as populists is a worldwide...
... Read more 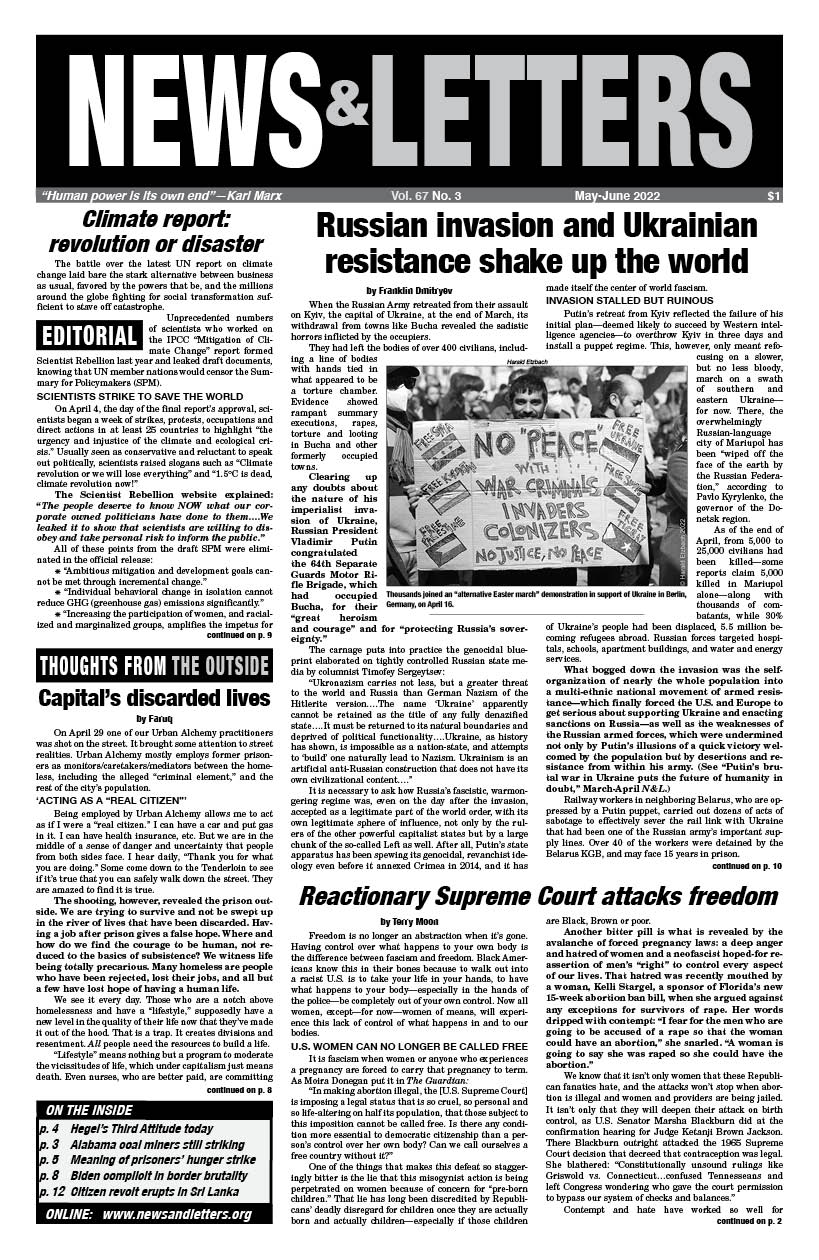 Thoughts from the Outside: Capital’s discarded lives

May 19, 2022
The shooting of a former prisoner working to help homeless people revealed the prison outside, and a cry for a new...
... Read more
Editorial

May 18, 2022
The battle over the latest UN report on climate change laid bare the stark alternative between business as usual and the forces fighting for social...
... Read more
More Articles

Page 2
Turkish women challenge Erdoğan
In April Recep Tayyip Erdoğan, the president of Turkey, had his public prosecutors demand that We Will Stop Femicide, Turkey’s largest women’s rights group, be disbanded for “activity against law and morals.” Protests immediately broke out across the country with hundreds marching in Istanbul and Ankara
Women WorldWide: May-June 2022
Takes up: feminist-led protesters in London hurling 1,000 rape alarms at police station on anniversary of vigil for Sarah Everard; the launch of Somalia’s first all-female media house, Bilan; a worldwide roundup of actions on International Women’s Day; and Women Take the Wheel, an all-woman volunteer service driving women fleeing Ukraine to homes or shelters in Poland
How women’s trauma is used against them
Review of ‘Sexy but Psycho’: Taylor is trying to change how institutions and the public view the effects of trauma. Drawing upon years as a feminist therapist in rape crisis, domestic violence, and child trafficking centers, she describes staff’s success calming distressed clients and helping them live their lives after abuse

Page 3
U of Illinois faculty threaten strike
University of Illinois, Springfield, faculty members have been working since Aug. 16, 2021, without a contract and on April 21 filed an intent-to-strike-notice
San Francisco holds May Day rally
Participant report: the San Francisco May Day demonstration addressed labor organizing, bread and butter issues, and political repression in Iran and Turkey.
Starbucks union wave
A unionization wave at Starbucks continues to percolate. As of April, workers at 28 stores have had their unions certified. Workers at about 200 other stores are still in the process of getting to a certification vote
Strike threat wins
Porters, doorpersons, superintendents, concierges and handypersons in more than 3,000 New York City high rise buildings were able to avoid a cutback in benefits by insisting they would rather go on strike

Page 7
Readers´Views: May-June 2022, part two
Readers’ Views on: Philosophy vs. Capitalism; Education for What?; Homelessness and Humanism; Religious Oppression; Voices from Behind Bars

Page 8
Voices from the Inside Out: When ‘rehabilitation’ equals slavery
A Colorado bill redefined prison slavery as “rehabilitation.” But the prison still controls how much of the minimum wage goes to the prisoner who works for capitalists
Voices from the Inside Out: Quality care needed
Pennsylvania prisoners are not afforded any quality healthcare or meaningful relief, even from debilitating conditions; not even from disability

Page 9
Workers self-organizing at Amazon
Workers at Amazon’s JFK8 facility on Staten Island voted in the first union shop in Amazon’s history. By talking to and supporting each other, the workers were able to stand up to unionbusters and create a union by self-organization
LGBTQ+ are under fire in Ukraine
LGBTQ+ Ukrainians are reacting in a variety of ways to the Russian invasion. Some are fleeing, others have enlisted or been drafted to fight; and others are staying to help their country in other ways

Page 11
Youth in Action: May-June 2022
Takes up: student workers at Kenyon College in Gambier, Ohio, who struck on March 3 to protest the elimination of a farm residency program; graduate students at Indiana University went on strike April 13 for better wages, benefits, and to stop fee hikes, and for recognition of their union; and on April 25, about 20 students at Tufts U. held a protest against General Dynamics recruiting on campus
Where’s the solidarity with Syria?
Free Syria areas have repeatedly demonstrated solidarity with Ukrainians fighting their common enemy, but have had to carry on their fight, for freedom and to avert extermination, without the international support their struggle has deserved
Avalanche of book bans
As banning books that take up racism, feminism or LGBTQI+ subjects alarmingly escalates, students fight back, creating groups to read censored books
COVID and the Diné
The Diné, one of the largest Native American tribes in the U.S., show a strikingly different attitude to the COVID-19 pandemic. They have a strong sense of group responsibility as opposed to the phony “rugged individualism” that reveals a warped idea of what freedom means
Handicap This!: May-June 2022
Takes up: Difficulty for a disabled raped women in Kyrgyzstan to get justice; Mexican women marching on International Women’s Day for disabled women’s rights; the Disability Rights Coalition of Nova Scotia hailing a victory; and the U.S. Bureau of Prisons’ ad seeking psychologists boasted of all the mentally ill people in U.S. prisons

Page 12
World in View: Will Yemenis survive the proxy war?
After seven years of war in Yemen, the UN estimates that almost 400,000 people, primarily civilians, have died, 60% from hunger and disease, with children being 70% of the deaths. The war has become a proxy for the Saudi Arabia-Iran Middle East conflict
World in View: Latin American Notes
El Salvador: President Bukele’s response to a spike in gang violence was to arrest 18,000 people, mostly youth, and suspend civil liberties.
Peru: a state of emergency was declared at the Cuajone copper mine, where nearby residents shut down the mine’s water supply, demanding compensation and a share of future profits.
World in View: Resistance in Myanmar
The military junta is detaining 10,000 political prisoners while at the same time there is a growing resistance movement. Tens of thousands of youth from the cities have left for the countryside to join the hundreds of civilian militias across Myanmar, organized loosely into what are called the People’s Defense Forces
World in View: Tunisia in turmoil
Ever since Tunisian President Kais Saied suspended parliament in July 2021, followed in March 2022 by the dissolution of parliament, Tunisia has been in turmoil. Masses in the street protest the lack of jobs and a shortage of basic food items, especially bread for lack of wheat, massive corruption with black markets and Saied’s single-handed decision-making

.... see all the alerts....
This work is licensed under a Creative Commons Attribution-ShareAlike 4.0 International License