By May Day 2022 coal miners at Warrior Met in Brookwood, Ala., had been on strike for a year and a month since they walked out April 1, 2021, to demand restoration of their wages, benefits and work rules. A judge had dissolved their United Mine Workers of America (UMWA) contract with former owner Walter Energy during bankruptcy proceedings in 2016 and orchestrated a give-back contract that took $9 an hour from miners and forced workers into the mines for as long as 84 hours a week. 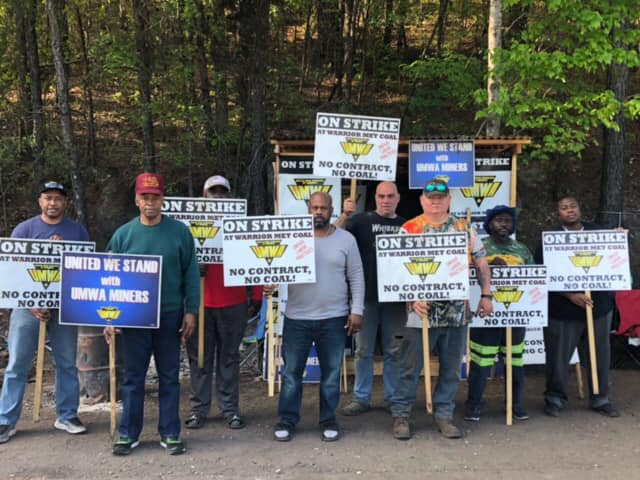 Mine workers on strike in Brookwood, Alabama, against Warrior Met mine continue picketing, as they have done since April 2021. Photo: United Mine Workers U.S.A.

The Wall Street vultures routed company assets into Warrior Met, which has raked in $3.5 billion in profits, bloated by the “temporary” give-backs. Warrior Met forced the strike rather than agreeing to restore miners’ standard UMWA contract.

One week into the strike, the company offered a ten- tative contract. They offered to restore just $1 more in wages. Workers rejected the contract as an insult. The miners have continued their strike over unfair labor practices.

Warrior Met has maintained some production since then, with the aid of fewer than 100 of the 1,100 union miners crossing the picket lines.

Strikers have the support from their own union bureaucracy and other AFL-CIO unions. They receive $800 every two weeks in picket pay. But the miners’ vow to hold out “one day longer” than the company has required support from other union members financially and at rallies.

The Warrior Met strike unfolded as workers at long-time anti-union giants like Starbucks and Amazon have accelerated campaigns to form unions, including the first unionization election in 2021 at the Amazon warehouse in nearby Bessemer, Ala.

The re-vote there, called by the NLRB because of blatant company intimidation, resulted in a defeat for the union, but this time not a two-to-one loss as in 2021 but by a 6% margin before challenged ballots have been counted.

A handful of striking miners who took jobs at the Bessemer Amazon warehouse certainly had experiences to share with fellow warehouse workers of fighting their company and Wall Street. With the successful organizing of the Amazon Labor Union in Staten Island, N.Y., there is hope, even in Alabama, for strikes and organizing against the wealthiest bosses aided by the power of the state. 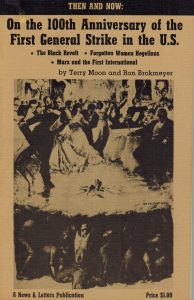 Then and Now:
On the 100th Anniversary of the First General Strike in the U.S. by Terry Moon and Ron Brokmeyer

For a limited time—from May Day to Labor Day—buy this pamphlet with a new or extended subscription to News & Letters for just $10 with free shipping.