The Virginia Department of Corrections (VDOC) is appropriating funds in the Inmate Savings Account (ISA) for their own use while at the same time gaining interest off ISA money. 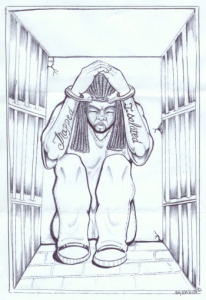 On Jan. 1, 2013, the VDOC instituted an ISA where 10% of all funds to an inmate must be put into the ISA payable to the inmate upon release. However, the ISA is nothing but a slush fund for the VDOC.

The funds in the ISA are placed in the local government investment pool (LGIP), which garners interest. However, inmates receive none of the interest. For any time period, monthly, quarterly, etc., payouts to released inmates are always substantially less than funds received into the ISA for the corresponding time period. This is how it was designed to operate in perpetuity.

Let’s use a very conservative $50,000 per month enters into ISA. At its inception payouts were practically zero and for the first year payouts were minor.

Millions of dollars have entered into the ISA and are still in it. Now interest alone can cover payouts. So in actuality, money received into the account can be used as slush funds.

Today there are more prisoners doing longer sentences. There is no parole and you must do 85% of your time. There are thousands of prisoners paying into the ISA whose money will be held for 25 to 40 years or longer. They will max out the $1,000 savings limit and the state will hold their funds for two decades and longer. Only life sentence prisoners are exempt from the ISA scheme, so that’s money the VDOC can use to their advantage. The $1,000 put in in 2013 will not have the same value when prisoners are released in 2043 or later.

Furthermore when this scheme was implemented, the VDOC allowed JPay Incorporated to process all money sent to an inmate. Now our families pay JPay a $5 or more processing fee to send us money. JPay pays the VDOC for the access to us. The VDOC is getting paid all around the board.

I want to have the interest redistributed throughout the ISA to each prisoner according to what they have deposited.

The VDOC does not disclose what is in the ISA or how much is received into the ISA nor the corresponding payouts during a set period.

This scheme has nothing to do with public safety, the welfare of the prisoner or common decency.

Let’s say prisoner X serving 45 years saves up $1,000. During his long stay in prison he becomes indigent. He has to see the medical department, sick call, dentist, doctor, etc. and he will incur a medical loan that, let’s say gets to $1,000 (this is reasonable; I myself ran up a $160 medical bill in three months).

When released, $1,000 will be taken from his ISA to satisfy the medical bills. He then will be given $25 gate money. And this for a prisoner who has been away from society for three decades. This is VDOC policy.

A real concern for public safety and a prisoner’s reentry would be to set up a payment plan with the parole officer. To take savings is criminal itself. This whole scheme is a money grab.

← Women’s Marches sweep the world
The limitations of restorative justice →
This work is licensed under a Creative Commons Attribution-ShareAlike 4.0 International License