News and Letters Committees lost a wonderful comrade when Dan Perron (Oct. 12, 1959-Sept. 7, 2017) died. Dan was a lifelong activist for freedom and justice.

He met Marxist-Humanists in the National Federation of the Blind in the early 1980s and found News and Letters Committees to be a place from which he could participate in all freedom struggles. 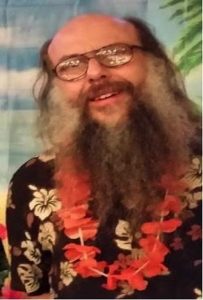 His support for Women’s Liberation, Black Lives Matter, the homeless, the mentally ill, prisoners—all who suffered the oppressions of capitalist society—was unwavering. He regularly distributed News & Letters to students and workers in Ann Arbor and at demonstrations and rallies.

Along with his work with News and Letters Dan was active with the National Federation of the Blind. He volunteered at the Salvation Army, where he befriended many of the homeless, especially those whom no one else would tolerate. Whomever he knew, he emphasized and championed their best qualities.

He also enjoyed listening to his short-wave radio, all varieties of cuisine, and always Detroit Tigers baseball, rock and roll music and Coca-Cola. Two nicknames bestowed upon him were “Rock’n’roll” and “Eat-em-up.” He often said, “less talk, more rock ’n’ roll.”

He welcomed winter’s cold weather because he could ski with the Optical Illusions, American Blind Ski Foundation at Pine Knob near Detroit. He shared his love of skiing with his father, Dr. George Perron. Besides his father, he is survived by his siblings Caroline, Jeffrey and Ursula, his News and Letters family and people from all walks of life whose lives he touched. Dan shared his passion for a better human society with everyone he met.  No one who met him will ever forget his kindness to them and to others.