History gives us the opportunity to learn from mistakes, and in many cases shows us what to do and what not to do. Gavur Imam and his liberation struggle are a great example of a deliberately hidden past that could guide all Cypriots to unite and fight for the island against its occupiers.

Cyprus is known as a geopolitically significant piece of land in the Eastern Mediterranean. It’s no wonder the people of Cyprus—whether Greek-speaking Cypriots or Turkish-speaking Cypriots—have deep connections with their heritage. Unsurprisingly, today, the population of the island is primarily left-leaning, given its anti-colonialism history. But Cyprus remains a military base for NATO countries and still doesn’t have peace.

Historically, Cyprus was under Assyrian rule, gained independence, and was then invaded by Egyptians and Persians. Then it became part of the extensive Roman Empire. In the medieval era, it was part of the Byzantine Empire, and was occupied by Richard the Lionheart during the crusades.

In 1571, Cyprus became part of the Ottoman Empire and remained under its rule for over 300 years. The Orthodox population, which was oppressed under the Catholic Venetian rule, was given privileges by the Ottomans. People were allowed to practice their religion and they were not obliged to serve in the military, unlike the Muslim population. But in return, they had to pay additional taxes to the empire.

From the beginning of the Ottoman rule, many Christian islanders converted to Islam to avoid these taxes. These converts are the biggest sociocultural element of today’s ultra-secular Turkish Cypriot community.

At the beginning of the 19th century, the Ottomans were dealing with several uprisings and wars. During the period of decline of the Ottoman Empire, taxes were increased for all populations. The Egyptian-Ottoman War caused an additional hefty tax to be imposed on the people of Cyprus that built up to the 1833 revolutions. 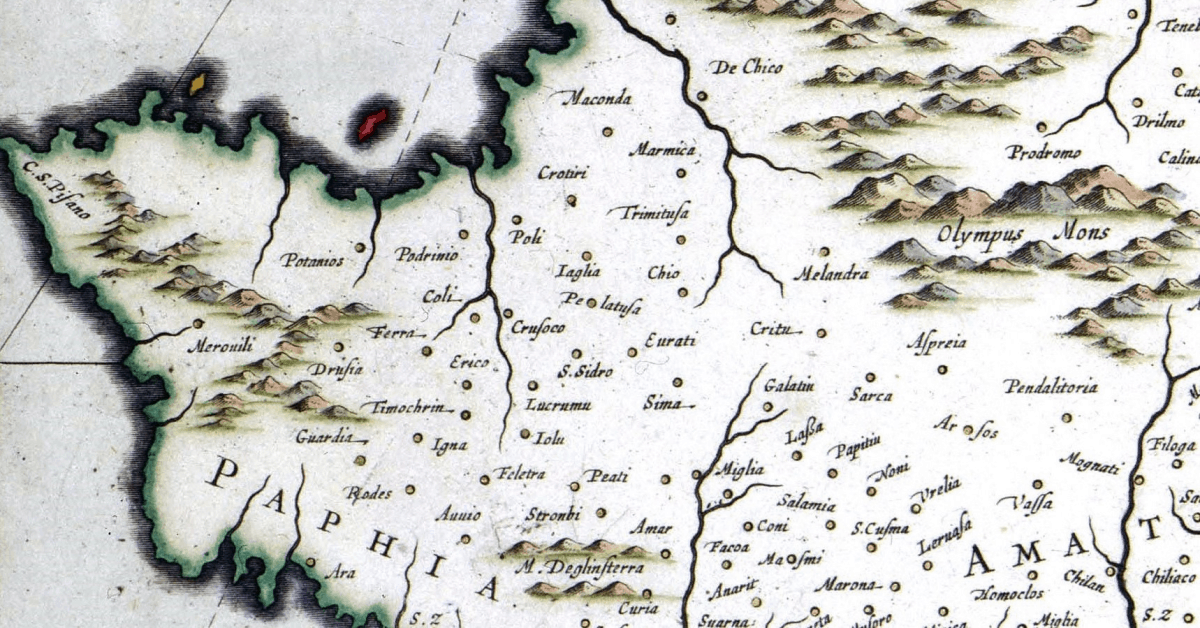 Image thanks to the Union of Cypriots.

In 1833, everything came to a head as Greek-speaking and Turkish-speaking Cypriots joined forces to revolt against the oppressive rule. It wasn’t just the Ottomans who were the problem; the Orthodox Church and Orthodox Christian elite were collaborating with the sultan, causing issues for the people.

The three important revolts were organized by Nikolaos Theseus in Larnaca, Monk Ioannikios in Karpasia, and Gavur Imam in Paphos. The Cypriot community came together as one to fight against the ongoing taxes and to take its country back. But the movements of Nikolaos Theseus and Monk Ioannikios did not last long and were swiftly defeated by the Ottomans.

The most important revolt of 1833 was Gavur Imam’s movement. It started in 1832, as Greek-speaking and Turkish-speaking Cypriots in the area began joining him at his property, which he had transformed into a camp. Polili Ibrahim Agha (Ibrahim Agha of Polis), or Gavur Imam, as Ottoman sources call him, convinced the islanders to join his cause of liberating Cyprus from the Turkish oppressors and their Greek-speaking collaborators.

Gavur Imam’s big plan was to free Cyprus by going to Limassol, Larnaca, and Nicosia, and declaring himself the ruler. He became the face of the movement and all Cypriots regarded him as the leader of the community.

Gavur Imam and his people faced off against the Ottoman forces, and eventually the Ottomans won. Later, Gavur Imam was executed, and all his forces scattered.

SOCIALIST VIEW OF THE REVOLT

The creation of “loyal minorities” by offering autonomy to their religious institutions was one of the main strategies the Ottomans used to control people. And this strategy did not change in Cyprus, with the exception of just a handful of Orthodox leaders who attempted to object to sultans during more than three centuries of Ottoman rule. Most of this time, the Orthodox Church and Greek Cypriot elite joined with the sultans to exploit the people of Cyprus. During the revolts in 1833, Archbishop Panaretos worked with the Ottoman authorities against the Cypriot people.

Gavur Imam’s forces were predominantly peasants—the majority of the population at the time. Due to the nature of the struggle, as well as the actors of the revolt, the progressives of Cyprus and the world consider Gavur Imam’s activities as one of the most important national liberation movements in the region.

Also, the anonymous epic poem “Gavur Imam Revolt” and its folk song, talk about how Gavur Imam’s movement aimed to liberate Cyprus and Cypriots from the Ottoman oppression. Today one can still hear this folk song in every demonstration in Cyprus against Turkish occupation.

Gavur Imam struggle continues giving hope to Cypriots fighting against foreign powers who want to keep Cyprus occupied and Cypriots segregated. Cypriotism, which is the ideology against the reactionary Greek and Turkish ethnic nationalism promoted by foreign powers on the island, continues to live strongly in the political scene of Cyprus.

The folk song about the Gavur Imam Revolt was covered by Cypriot progressive musicians and bands, such as Oz Karahan and Monsieur Doumani. Oz Karahan is a journalist who writes in the well-known Cypriot newspaper, Avrupa, under his column “Gavur Imam.” He is also a member of the Union of Cypriots, the biggest political organization that has both Greek Cypriot and Turkish Cypriot members.

Cypriotism was always alive within the Cypriot sociopolitical culture. Academics used this term to describe the characteristics of political movements in Cyprus. However, the Union of Cypriots is the organization that theoretically defines its concept, and has adopted it as the official political ideology of the organization. The Union of Cypriots organizes a series of events every March, the month that the three revolts started in 1833, to commemorate Gavur Imam and the liberation struggle of Cypriots.

Along with the Union of Cypriots, other organizations such as the World Federation of Young Overseas Cypriots, commemorate the revolts of 1833. History repeats itself, especially in the places that often become the targets of imperialism.

Those places have never lacked freedom fighters and Gavur Imam is just one of them. His story reminds us that there will always be sung and unsung heroes in Cyprus, Ireland, Palestine, Kurdistan, and wherever people have a struggle for liberation and justice.