It is no accident that the most recent wave of protests in Iran was preceded by a brave act of a woman in Tehran taking off her hijab in a very public way. Ever since Iran’s Revolution was usurped by Islamic clerics, women have been at the heart of every movement. We are reclaiming our humanity in the acts of ongoing resistance. 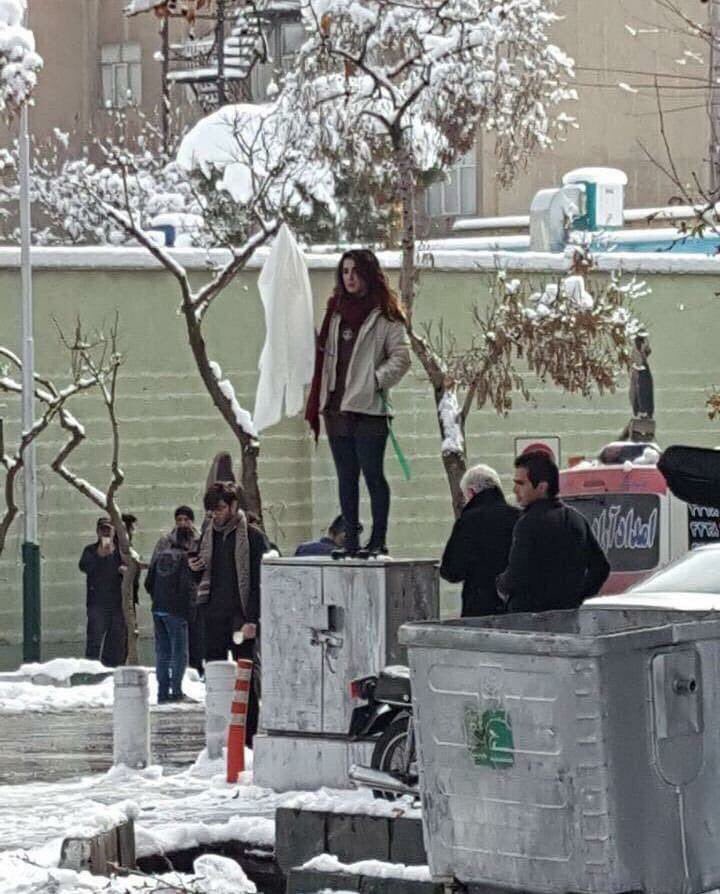 Take, for example, the development of the “white Wednesday” protests. Women decided to wear a white hijab as a symbol of resistance to the law demanding that women always be covered in public. The intention was not to necessarily take the hijab off, but by wearing a white one to signal opposition to the law. Some women took it further, by taking off their hijab in a “private” space, like inside their car. One woman took a picture of herself driving a car without a hijab and posted it on social media. Her message was “The sky did not fall.” Other women followed. Women started taking short videos of themselves taking off their hijabs and posting that act. An artist made a collection of photographs of women taking off the hijab, which does not show the woman, but the movement of the cloth being removed.

The act of daily resistance since the revolution: refusing that workspaces be reserved for men only, claiming public spaces like at sports events, etc., have been the mainstay of resistance.

Women have been designated as the enemy and their actions embody the resistance. Whenever any protest starts, they are out there, whatever the issue. On the economic front, for example, women are the ones paid less and feel the misery of poverty the most. The most recent protests were in the conservative areas of Iran, demonstrating against taking away the subsidies, etc., yet the women’s participation shows that the issue is never limited to economics. Women represent “Bread and Freedom!”

← January-February 2018 issue is online!
Call for Convention 2018 →
This work is licensed under a Creative Commons Attribution-ShareAlike 4.0 International License