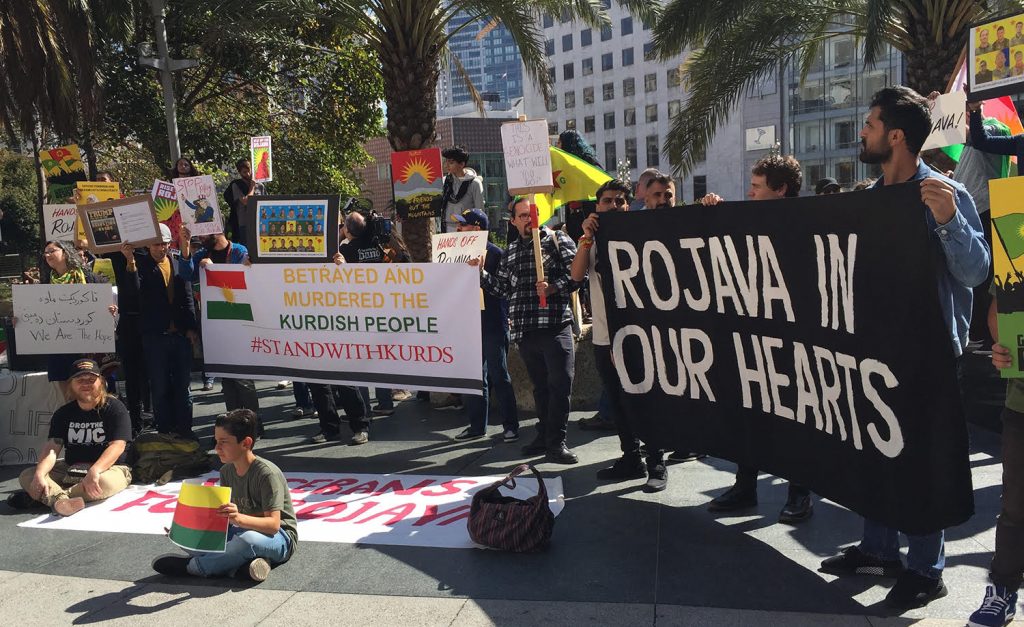 Speakers pointed out the long history of betrayals of the Kurds, who are a stateless and persecuted minority in several countries in the area. One prominent sign read: Kurds have “No Friends but Mountains.” Some saw in the Rojavan Kurds, who were the men and women ground troops dying in the fight to defeat ISIS, “a democratic alternative to patriarchy in state structures.”

Along with many “Hands off Rojava” signs, others read “Stop Fascist Turkey,” “Erdoğan is a War Criminal,” “Yin/Jiyan/Azadi” (women/life/freedom) and “Feminism without Borders.” 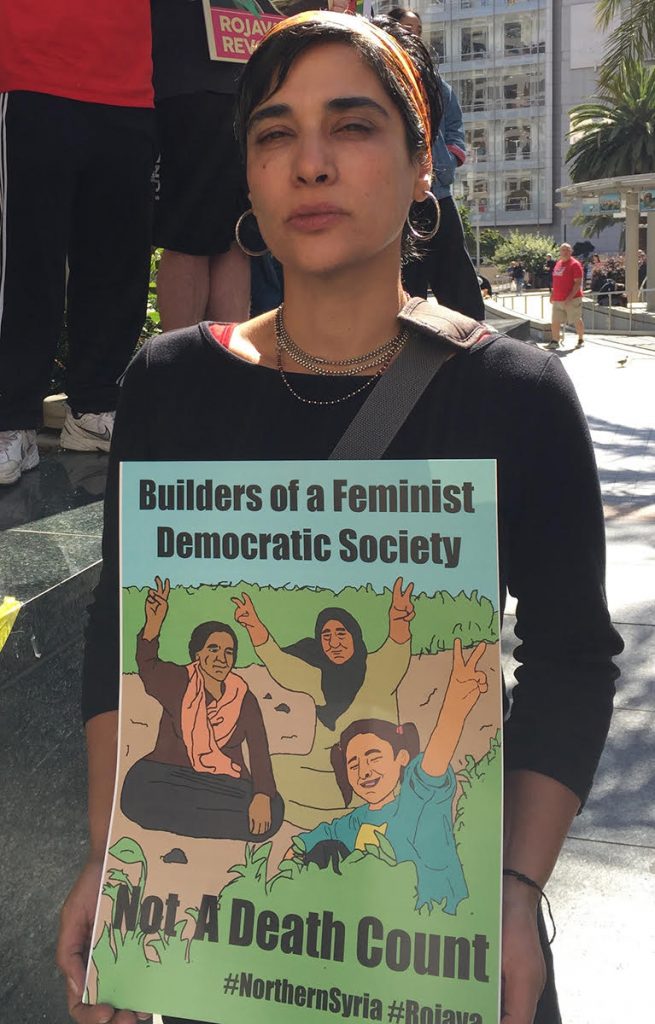 Many of the Kurds at the demonstration were exiles who won asylum from the brutal assault on Kurds in Turkey. They appealed for help in protecting people in northern Syria. They recounted that Erdoğan’s militias are pulling over cars, ordering passengers out, shooting them, and all the while being filmed and proud of their actions. The films are brazenly posted on social media.

The crassness of Trump’s betrayal of the U.S.-allied Kurds in northern Syria, following a phone conversation with Erdoğan, even shocked the U.S. military and political establishment in Washington. In Trump’s world only authoritarian strongmen who crush opposition within their own country get respect. It is akin to capitalist CEOs who use people until they can discard them with impunity, except here those discarded face not just unemployment but wholesale slaughter or joining the global army of refugees subjected to an inhuman status and treatment.

← Editorial: The Arab Spring is ongoing
Hong Kong defiance →
This work is licensed under a Creative Commons Attribution-ShareAlike 4.0 International License