It pains as well as angers me to hear that Hugo “Yogi” Pinell was set up by prison guards and assassinated. I agree that he was assassinated, because I was at that prison for over a decade and several weeks before my departure to another SHU there was evidence of the setup being put in motion. 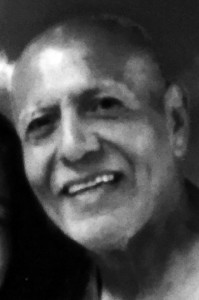 For some strange reason officers decided that they were gonna start packing non-white inmates up and transferring them to C-Yard, stating that they need to make room for eight whites from another prison. In my entire time at CSP-S this has never happened and we all knew something was up.

When a person receives threats, officers remove him from the yard and place him in the hole pending investigation, but this did not happen. Instead Pinell was left in harm’s way and, just to ensure the attack, they transferred in eight hostile whites.

It was clear to me and everyone else what truly happened leading up to the assassination of our brother. I would like those concerned to request all the movement logs as well as incoming transfers and explanations from CSP-S for the bed movements. They don’t just do those things for no reason.

It killed me inside to see Big Brother Yogi’s obit in the last issue of News & Letters. I left him in B3-SHU/Step Down Program just days before his murder. He was an idol and father figure to me and I was very protective of the Good Brother and faced much repression and hate from the guards for my relationship with Big Yogi.

When all turned against me, Hugo Pinell stayed by my side. He shared his food with everyone, no matter race, gangs, or hate group. If you were hungry, he fed you. When others spoke hate, he spoke peace. He was the strongest man I’ve ever known.

Forty-five years in a tomb with running water, yet when I last spoke with him, his mind was as sharp as a needlepoint! While I started losing my mind in solitary, Big Yogi saw I was cracking mentally. He is the person who told me to seek mental help. I’m in long-term mental health treatment right now because of … the real O.G.’s advice.

← Killing Mockingbird
Canada’s election: a sense of uncertainty →
This work is licensed under a Creative Commons Attribution-ShareAlike 4.0 International License