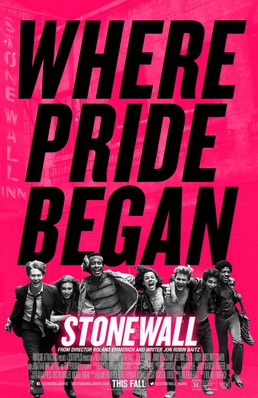 In September the Roland Emmerich film Stonewall was protested for rewriting the history and downplaying the essential role Transgender and Transvestite people of color played in the 1969 rebellion which began the modern Gay Rights Movement in the U.S. Stonewall portrays an invented Gay white character, Danny Winters, as the one who threw the first brick that started the rebellion.

If Salt Lake City Mayor Ralph Becker, Councilman Stan Penfold and Equality Utah have their way, 900 South St., near the headquarters of the anti-GLBT Mormon church, will become Harvey Milk Street, named after the assassinated San Francisco Supervisor who was the first openly Gay person elected to public office in California. If Harvey Milk St. becomes reality, it will join Martin Luther King Jr. Blvd. and Rosa Parks Blvd. in Salt Lake City, thwarting the Mormons, who had excluded African Americans from its male priesthood until 1979.

← Rally against murders of Trans people of color
The Raza wants theory →
This work is licensed under a Creative Commons Attribution-ShareAlike 4.0 International License