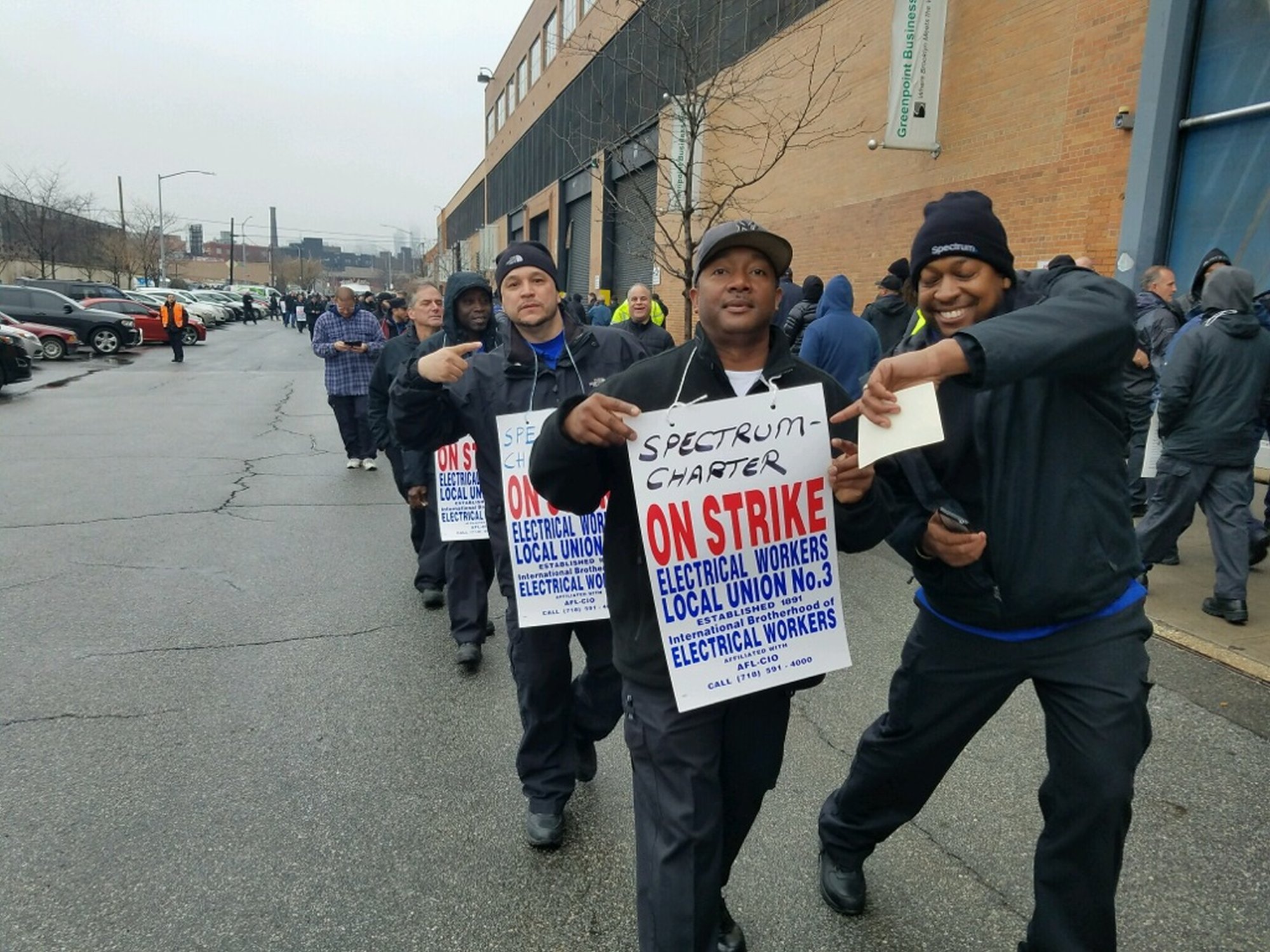 New York City—When Time Warner Cable became Spectrum-Charter, they promised a new deal for consumers and small businesses. But what has happened is that the new corporation launched an assault on the basic contractual rights of its employees.

Interviewed outside a Spectrum office in mid-town Manhattan, one of the striking workers explained that they had gone out on strike at the end of March because the new corporation was slashing pension and health plans and because the workers had not had a union contact since 2013. The combination of a lack of a contract and the new cutbacks left the workers no choice but to strike.

On April 5 a spirited rally of several thousand union workers was held outside the Spectrum headquarters, receiving coverage from local newspapers. The International Brotherhood of Electrical Workers Local 3 reported that Spectrum was bringing in scabs from out of state to replace striking workers. Earlier in the year, the New York State Attorney General, Eric Schneiderman, charged Spectrum and its parent corporation with deliberately deceiving consumers about their services.

← March-April 2017 N&L available on the web
Share your story in the next issue of News & Letters: May-June deadline →
This work is licensed under a Creative Commons Attribution-ShareAlike 4.0 International License